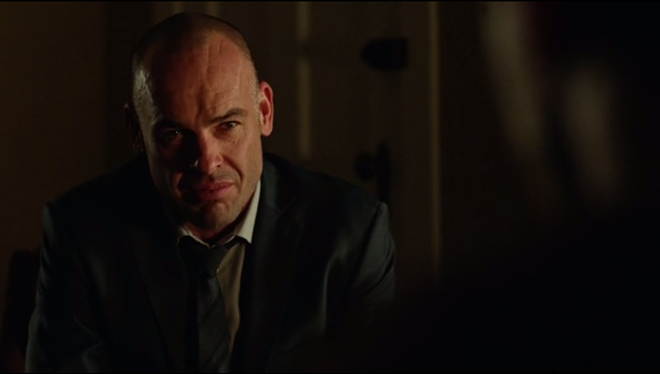 Quentin Lance (Paul Blackthorne) explains his desperate dalliances with the Darhk-side this season on Arrow.

It’s not right to say that Arrow was the first show to do superheroes right — that would be Buffy the Vampire Slayer — but when it premiered in 2012, there’d been a long list of failures. Heroes had quickly dissolved into a ludicrous mess without stakes or structure. No Ordinary Family was boring without the ambition to try to become anything but boring. Misfits was an interesting show about superpowers, but it intentionally refrained from making their characters heroic.

And when CW launched Arrow, the show felt like it was hedging its bets.

Green Arrow’s not as obscure of a DC Comics character as say, Calendar Man, but he’s also not Batman or the Flash. A failure wouldn’t tarnish a major brand. Compared to The Flash’s premiere two years later, Arrow had an aversion to magic and gee-whiz science. Green Arrow was a superhero, but one in the Batman rich-guy-with-gadgets-who-fights vein more than the ice-breath vein.

Arrow wasn’t humorless, but it could certainly be bleak, with Starling City facing 1980s New York-levels of poverty, drugs and crime. in shows like these can sometimes reach 24 levels of ponderousness with stale monologues over things like Justice and Dark and Light.

What Arrow needed was a hero of an actor with a performance to elevate the surrounding show.

And it wasn’t Stephen Amell. As Oliver Queen, rich kid turned arrow-shooting superhero after a harrowing study abroad, Amell is more than just a set of rippling abs ascending a salmon ladder. But not that much more. His performance is rarely painful, but it also rarely astounds or grips. Amell can be sad and happy and angry and goofy and brooding. But a better actor can layer all those emotions into a single moment.

Instead of the guy in the Batman role, the standout is the actor in the Commissioner Gordon role: Paul Blackthorne, playing Capt. Quentin Lance. In a series where heroes and villains alike tend to be yacht-owning billionaires or nigh-immortal mystics, Lance is the maybe the only one who’s remotely relatable. Bald and , looking like a less confident version of Billy Bob Thornton, Lance has played both antagonist and ally of Oliver Queen’s superhero over the last four seasons. And this season, the script gives him something more interesting to play than a grieving dad or a self-righteous cop. It makes him a traitor.

In last week’s episode, he admits to Queen that he’s been working for the season’s big villain, Damien Darhk, to protect his daughter Laurel.

“Actually it’s been a little more than two months now, me working with Darhk. It started out benign. He said he had resources. He had people. Money. He held himself out as just another guy who wanted to help this city. And we needed the help. You weren’t here. By the time I figured out who he was, WHAT HE WAS, that’s when he threatened Laurel.”

On paper, the monologue is nothing special. It’s an exposition dump. But Blackthorne’s performance turns it into something far more sympathetic and profound. His voice — Blackthorne’s English-doing-an-American accent — is raspy and raw, exhausted and desperate. The delivery of the lines moves between defeated and embarrassed and cynical, to defensive, to self-righteous, to angry, and finally to simply lost.

At Blackthorne stares at the floor, rubbing his shaved head with his hands, pausing to scratch his face. I kept thinking how the much weaker the monologue would be if it had been delivered by Amell.

Blackthorne understands the second before delivering a line is as crucial as the line himself. He’ll often pause a beat, react internally, with an emotion flitting across his face, and then swallow before speaking. 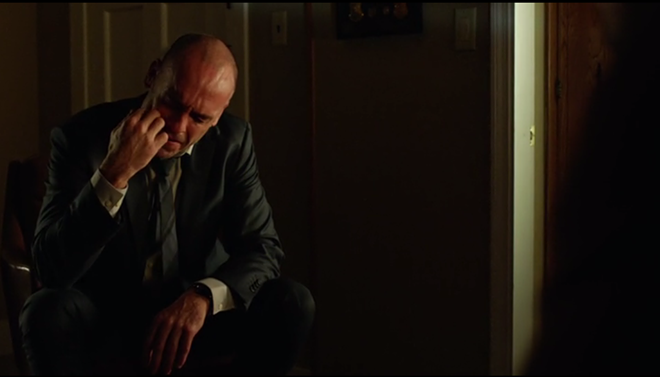 Blackthorne uses tics and cringes and pauses to endow his character with a deeper inner life than what's on the page.
Just as Fringe was carried on the back of an eccentric John Noble performance and Daredevil excelled because of Vincent D'Onofrio’s childlike thug Wilson Fisk, Blackthorne makes the weaknesses of Arrow — flip-flopping alliances, pointless flashbacks, chemistry-free love triangles — more tolerable.

This season, Blackthorne is joined by another stellar actor. Neal McDonough's performance,  playing , is icy, terrifying, and sardonic. But so far McDonough’s largely playing one note — one chord at most.

When is set across from the transparent, vulnerable and despairing Lance, however, the contrast brings out the best of both characters.

Like many characters on Arrow this season, Quentin Lance is a little bit crazy. But unlike most of the others, it’s not because he’s been resurrected in a mystical pit to become something more than human. Instead, it’s because he’s far too human.
Arrow airs Wednesdays at 8 pm on the CW.