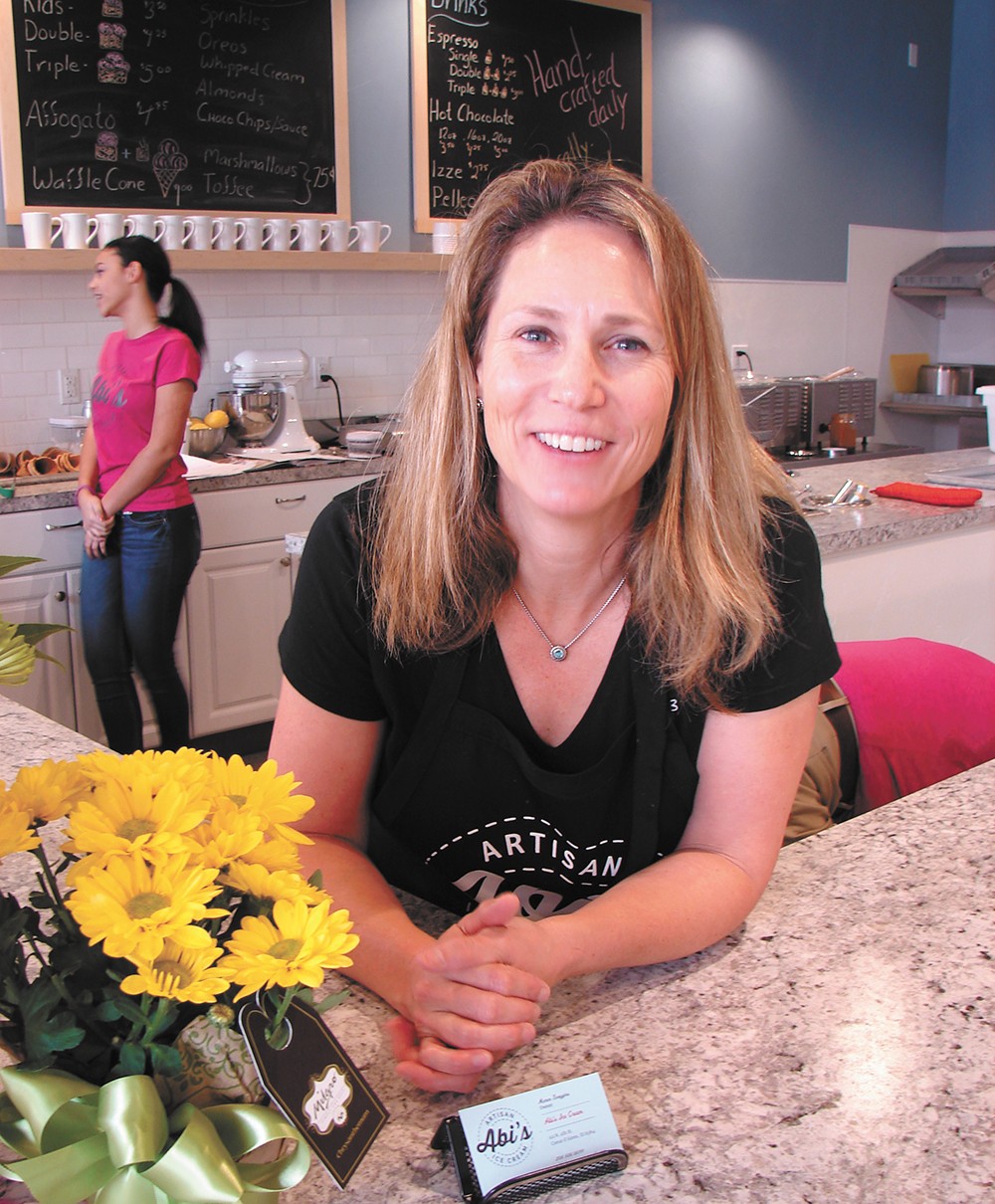 but not because they'd witnessed a prank. It was the opening of Abi's Ice Cream — that and the surprisingly warm spring weather — which had people grinning.

"It was wonderful," says owner Maren Scoggins of the opening night for Abi's, which she named after her daughter, Abigail. The most popular of the small-batch flavors, says Scoggins, have been malted vanilla and salted caramel.

Scoggins, who relocated to Coeur d'Alene last year from Nashville, makes the ice cream herself using locally sourced, organic ingredients. Flavors range from rich café au lait and bourbon brown sugar to refreshing peppermint and fruity cherry almond. Scoggins also scratch-makes the salted caramel in her caramel swirl, the chocolate chips in her mint chocolate chip and the toffee in her malted vanilla with toffee and chocolate chips.

Abi's is an artisan shop, says Scoggins (whose prior career was in the health industry), which she loosely patterned after places like Jeni's in Nashville and Portland's Salt & Straw. The emphasis, she says, is on handcrafting and freshness.

In order to showcase local art, Scoggins sought out the Art Spirit Gallery, eventually connecting with Jessica Bryant, who displayed her work and the work of her students at nearby Sorensen Elementary. Scoggins hope to host other artists in the future.