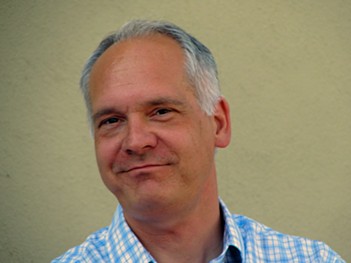 Daniel Walters photo
City Council policy adviser Brian McClatchey warned that the council's oil train ballot measure could land the city in a costly legal battle that it would probably lose.
Days before the city council decided last week on a 6-0 vote to put a measure on the ballot to fine railroads for sending oil and coal trains through Spokane, their own policy advisor warned them the ordinance that would be put on the ballot was on very thin legal ice.

"There is likely a very small chance that this proposed ordinance would survive a legal challenge," the city's policy advisor Brian McClatchey wrote in a June 21 analysis.

Last week, Keep Washington Competitive seized on this in a press release. Though it incorrectly identified McClatchey as the city attorney, it used McClatchey's memo to warn that the council was "potentially putting the people of Spokane on the hook for a costly and lengthy court battle."

If you're a legal-minded person you should read it through yourself, embedded at the bottom of the post. But we'll quickly summarize:

The issue with the city's ordinance goes to the Federal Railroad Safety Act of 1970, which
generally mandates that it's the federal government's job to regulate railroad safety, not state or local governments. Federal rules override local ones. (The Constitution, remember, gives Congress the authority to regulate interstate commerce.)

McClatchey explains there are two narrow exceptions to the 1970 law: The first allows a state to adopt railroad safety laws on a subject that not covered by federal law. Here, the exception clearly doesn't apply, McClatchey determines — he lists tons of other federal regulations covering oil trains.

Another exception allows local regulations to escape federal preemption if they are "necessary to eliminate or reduce an essentially local safety or security hazard." And even then, that's only if the local regulations don't conflict with federal law and if they don't "unreasonably burden" interstate commerce.

But McClatchey points out that "essentially local" line could be problematic. He points to the 2003 case where the 9th Circuit specifically declined to call the concern about the pollution of the Sacramento River in the event of a train derailment an "essentially local" issue.

"In some cases, a combination of factors when viewed cumulatively, be considered an 'essentially local hazard' which justified an exception," McClatchey writes. "It is simply not clear whether our situation in downtown Spokane would also qualify for this narrowly-applied exception."

He also warns that the measure may conflict with the Interstate Commerce Commission Termination Act of 1995, which hands broad authority for railroad regulation to the federal Surface Transportation Board.

"Because the proposed measure would attempt to regulate rail practices, routes, and operations, it is highly likely that a city ordinance which prohibits the shipment by rail of certain cargo would be preempted by the ICCTA," McClatchey writes.

His conclusion? "The proposed ballot measure is highly likely to be found to be preempted by federal law."

Typically, he explained, judges don't rule to kick measures off the ballots before elections.

But he says there's an argument a challenge to keep the measure off the ballot could succeed, on the basis that these proposed regulations are not "'legislative matters that are within the authority of the city' due to the fact that the proposed measure arguably conflicts with federal law."

It's possible, before February of this year, that McClatchey's legal opinion might have held more sway with the council. But then Breean Beggs, an attorney himself, was appointed to the council.

"I viewed it differently than Brian," says Beggs, the author of the ballot measure. "We looked at the same cases and the same language. I had a different analysis than him."

He looks at the 2003 case and thinks it actually supports Spokane's case. The court upheld a California law allowing the state to fine the railroad if it failed to follow its own list of best practices for railroad operations. This leads Beggs to believe that fines for railroads don't unduly burden interstate commerce.

"I think the court would have a much harder time ruling against us in this particular case," Beggs says.

Meanwhile, Beggs believes the legal precedent for regulating coal trains is actually stronger than for oil trains. Chunks from the uncovered coal trains, even when the coal is sprayed down, have fallen out of trains and into yards. That's interference with private property, Beggs says, and local governments can regulate that.

But he'll be the first to admit that the city's anti-oil train argument is untested.

"When I analyzed this, I was looking at, 'Is this a legitimate argument that the court could uphold?'" Beggs says. "I don’t know if they will uphold it."

Basically, he's putting the question before the voters: Do they want to take the risk of the ordinance getting overturned in a costly legal battle? On the other hand, do they want to risk doing nothing and facing a possible oil-explosion catastrophe?

It's a question that many of the council members want the voters to take seriously.

"I'm going to give citizens the right to vote on it, but I'm going to be doing my homework," Councilwoman Karen Stratton said last week. "While we have the best intentions, there may be some repercussions legally and financially for the city that we're going to have to deal with. ... Do your research before you vote on it. This is very important."