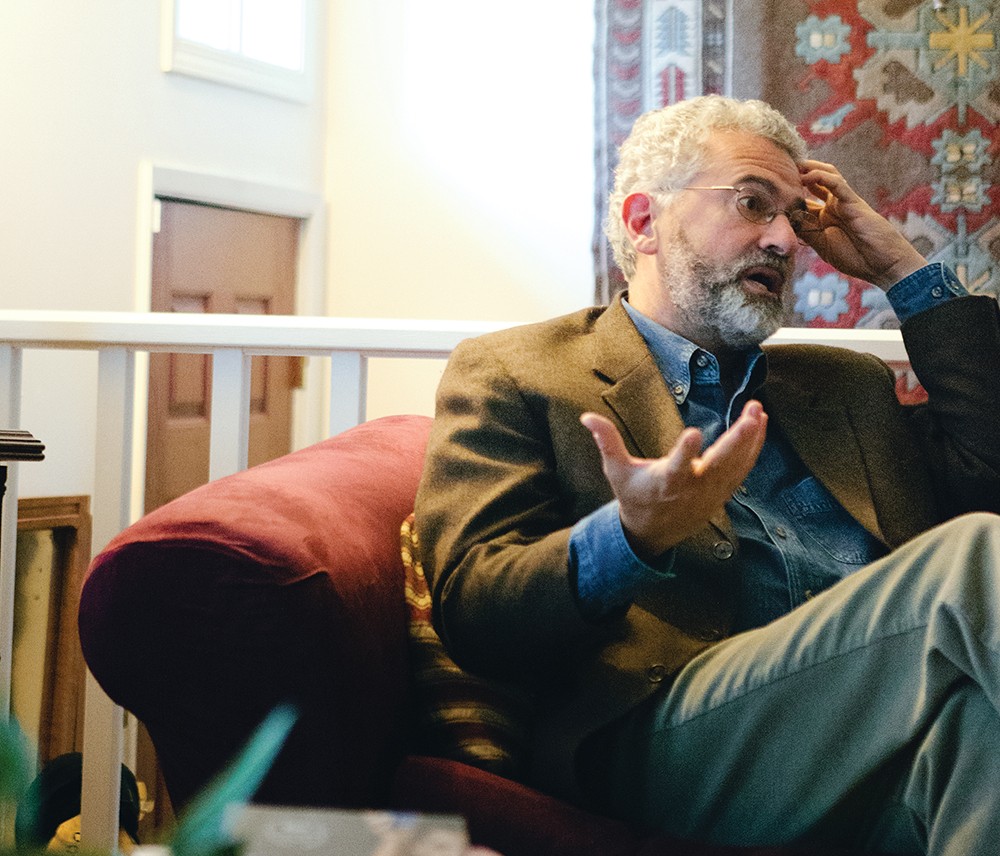 Not only that, but he argues that many of these differences are inherent, part of biology and neurology, not just upbringing and the surrounding culture.

A former Gonzaga and Eastern Washington University professor, Gurian has written 28 books — most of them focused on the radically different learning styles — summarizing the vast reams of neurological research on this topic. He founded the Gurian Institute, an organization that trains thousands of teachers, therapists, parents and other professionals to understand and react to gender differences.

And by now, he feels his larger conclusions are so clearly supported by the scientific research, that there's not really much of a debate: Of course, innate gender differences play a massive role in how boys and girls — and men and women — learn and work, Gurian says.

"I'd say 99 percent of neuroscientists who study gender and use scans say exactly what I say," Gurian says. "Remember, it's only a few people who are having an argument in the media, and keeping this argument alive. The scientists have moved on."

That's true in the United States of America, he says. And that was true, despite the wildly different culture, in Turkey, where Gurian taught at Ankara University.

"They're transcultural," Gurian says about these differences. "Culture doesn't matter to the 'x' and the 'y' [chromosomes]."

Some biological differences are well-known: Boys have more testosterone and girls have more estrogen. But it goes beyond that: Studies have shown that the genome itself creates differences. The Y-chromosome, for example, gives males genes that are absent in females.

Brain scans also show similar differences in transgender subjects, Gurian says. A transgender man may have a female body — but the brain scan will show he has a more archetypally male mind.

Boys, broadly speaking, tend to naturally excel in spatial reasoning, while girls often naturally excel in reading, writing and speaking. Gurian believes that's one reason so many boys struggle with school — with dramatically higher rates of dropouts, discipline and failures. He believes that's part of the reason college attendance has been skewing heavily female: The American educational system fails to adapt to the strengths and weaknesses of the male brain in particular, he says.

"It's sit still, do your worksheets, use your words. That's why most of our school failures are male," Gurian says. "We've left these millions of guys, who can't get an education. Who don't go to college. Who, when they go to college, they drop out, because college is so not for them. And they don't have a vocational track."

The training Gurian gives teachers focuses on finding new strategies to address these gender differences. Female students can be given exercises with manipulables to improve their spatial reasoning, for example. And instead of punishing boys when they fidget, Gurian suggests giving them given standing desks to work off that nervous energy, or letting them draw before they write.

At times, however, Gurian's arguments — in particular his support for single-sex schools — have led to ginned-up opposition from those who see his ideas as old-fashioned sexism dressed up in lab coats.

"The proponents of these theories use lots of language about brain structures and hormones that sounds scientific, but in the end, they are simply arguing that the old stereotypes about what boys are good at and what girls are good at are accurate," the American Civil Liberties Union writes on a "Women's Rights Project" pamphlet that specifically calls out Gurian.

Gurian dismisses much of this genre of criticism as political instead of scientific.

"These are folks who really think that you shouldn't look at the brain, and that somehow if you look at the brain you're all going to turn into bad people," Gurian says, chuckling. "But most people in the field are looking in the brain. And we don't go back. We know we can track directly the outcome of kids with the way their brains work."

Showing that research, he says, is particularly persuasive.

"Once we show the brain scans, people say, 'Holy moly, why is that not being taught in college?'"

And not just in college. Gurian's vision goes a lot further than that. He wants to see a full-scale cultural transformation using these ideas, from teachers and therapists to — well, basically everyone.

Michael Gurian will be a keynote speaker at the Young Child Expo & Conference, on Thursday, Oct. 20, at 8:30 am at the Spokane DoubleTree, 322 N. Spokane Falls Ct. See more at youngchildexpo.com.