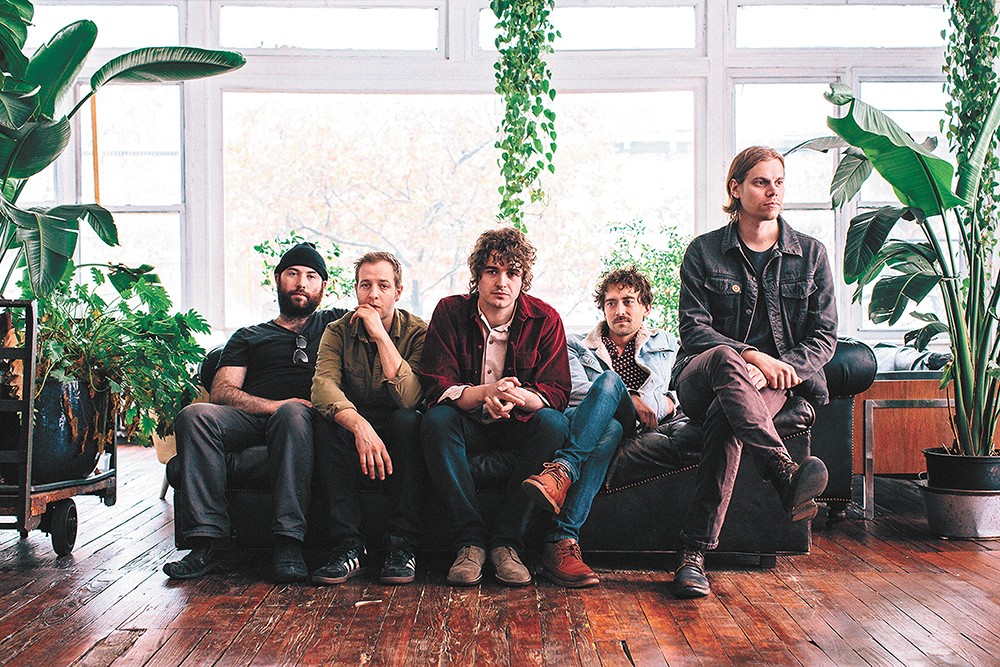 Bryan Derballa
Night Moves is still a duo, but they tour with a full band.

Night Moves is not only a Billboard chart-topping Bob Seger song and album,

a 1970s film noir detective thriller and a drama starring Jesse Eisenberg and inspired by The Monkey Wrench Gang. Night Moves is also — you guessed it — a band. Not to be confused with another band, Nitemoves.

True to the origin of their stage name, the Minneapolis duo of John Pelant and Micky Alfano borrow liberally from a palette of sounds popularized by the bohemian, bell-bottomed eccentrics of their parents' generation. The drums crash on the off beat à la the late Levon Helm, the guitars warble in dreamy patterns, the keys shimmer like strings (Pelant calls it "that Abba sound"). On lead vocals, Pelant's near-falsetto often morphs into a road-weary battle cry.

"I always kind of say it's like country-tinged space pop," says Pelant. He learned the blank stares he was receiving at family reunions, when asked to describe his sound, could be avoided by not getting too technical with terms like "psychedelic folk." He adds, "Sometimes it's best to keep it simple with certain people, ya know?"

The band's 2016 sophomore effort, Pennied Days, strives for the opposite. It's a richly layered collection of anthemic pop and twangy dance-floor jams with an undertow of lovesick melancholy ("All of the songs are kinda like love songs," says Pelant). Most of the tunes float on a midtempo groove that feels like an aural equivalent of riding into the sunset with the credits rolling.

"We try and have all the bells and whistles that the records do," he admits. It'd be a tall task for two, so the band is fleshed out as a five-piece on the road. "We're keeping it fresh."

That element of mystery is baked into the songs themselves. Night Moves, like their listeners, mine them for new meanings and answers, even long after they've been committed to tape. "I think that's still happening with this record," Pelant suggests. "That's just how songwriting works sometimes."

And what is songwriting if not an exercise in existential self-reflection?

Night Moves' first visit to Spokane is also the last stop of their current tour, a reliable indication that "it's going to be wild," according to Pelant. And if Bob Seger has anything to say about it, you'll "surely remember the Night Moves." ♦