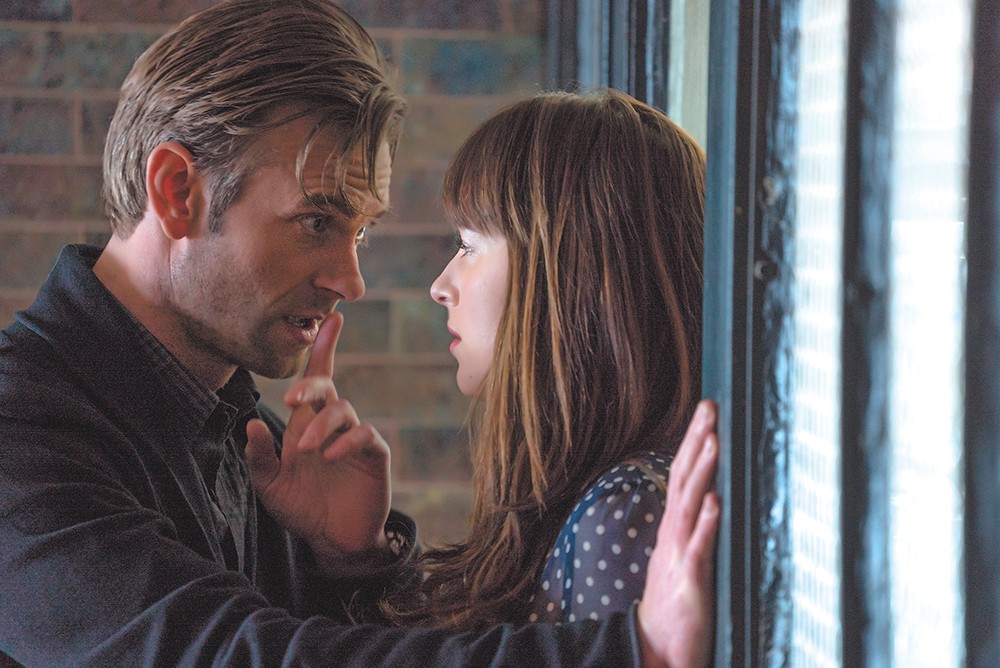 The secret's out: This movie is terrible.

There's something liberating about reviewing a film that is bulletproof.

I don't have to actually write about the film, as anyone who wants to see it has already bought tickets. Case closed. So who's left? My five faithful readers? (I love you, Mom!) Rubberneckers looking for a cheap thrill? (Nothing to see here.) Whoever you are, you're in for a disappointment, as this second installment of the Fifty Shades trilogy is an epic snooze.

Apart from a few moments of fleeting suspense, Fifty Shades Darker resembles the Facebook feed of someone you kind of knew in high school who maybe went on to have a glamorous future, but everything seems a little bit off and contrived. And the film's lack of any dramatic meat becomes slightly unnerving as you realize that the style is the substance (fool me once, I guess), and there is no beef(cake), only filler.

Oh, but gosh, Anastasia Steele (Dakota Johnson) has a great life, working for a thriving independent book publisher in Seattle (a job that shouldn't exist). Her billionaire ex, Christian Grey (Jamie Dornan), succeeds in seducing Ana once again, because despite his traumatizing childhood (shown briefly in a prologue that deftly combines every conceivable stereotype of child abuse in two minutes), he wants to love her, and she wants to love him.

But the deal is, she also needs to heal him, and while I see that resolution coming down the pike, this second film really has nothing to do except spin its gears and wait for the conclusion. There are lavish masquerade balls and Ben Wa balls (trending?), but nothing happens in this film that isn't solved literally five minutes later. Christian can't communicate? Ana asks him a question and they've resolved it. An ex of Christian's appears with a gun? Let's put her in a psych ward. Helicopter crash, you say? Don't even worry about it.

And that's the problem: Nothing ever feels alive in this film. It's a couple of automatons acting out a play that was based on other plays, and so on and so forth. A scene late in the film has Christian admitting to Ana that he's a sadist (he most definitely is not), but by that point, I definitely knew that I was the masochist. ♦