A Big Hollywood Night in a #MeToo Moment 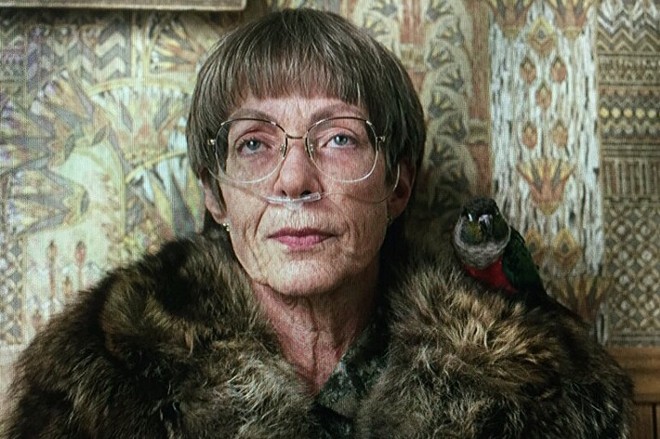 Allison Janney won the supporting actress Oscar for her performance as Tonya Harding’s hard-bitten mother from hell in “I, Tonya.”

By BROOKS BARNES and CARA BUCKLEY


LOS ANGELES — The first Oscars of Hollywood’s post-Harvey Weinstein era took care of its serious business at the start. As the 90th Academy Awards got underway Sunday night, host Jimmy Kimmel addressed the sexual harassment scandals that have rocked Hollywood.


“And that’s the kind of men we need more of in this town,” Kimmel said, pointing to a colossal Oscar statue on the stage, noting that the figure “keeps his hands where you can see them” and has “no penis at all.”

He then grew serious and noted the #MeToo and Time’s Up movements that started in Hollywood after the Weinstein revelations and have reverberated across the globe, challenging the entertainment industry to make good on its promise to reform itself. “The world is watching us,” he said. “We need to set an example.”

“The Shape of Water,” Guillermo del Toro’s fable starring Sally Hawkins as a mute cleaning woman who falls for a merman held in a government lab, claimed the top prizes. It won best picture and earned del Toro the Oscar for best director. It also won for production design and best score. The film had entered the night with 13 nominations.

Jordan Peele, who wrote and directed “Get Out,” a horror movie centered on racism in the liberal white suburbs, was honored for his original screenplay. Peele received a raucous standing ovation.

Four-time nominee James Ivory, 89, won his first Oscar, for his adapted screenplay for the gay romance “Call Me by Your Name.” All people, “whether straight or gay or somewhere in between,” can understand the emotions of a first love, Ivory said, reading from notes.

There were no surprises in the top acting categories. Gary Oldman, who transformed himself into a gurgly Winston Churchill in “Darkest Hour,” won best actor.

Frances McDormand won her second Academy Award for best actress, this time for playing an extremely fed-up mother in the divisive “Three Billboards Outside Ebbing, Missouri.”