Alt-Medicine: Weighted blankets may be comforting, but objective research into their effectiveness is lacking 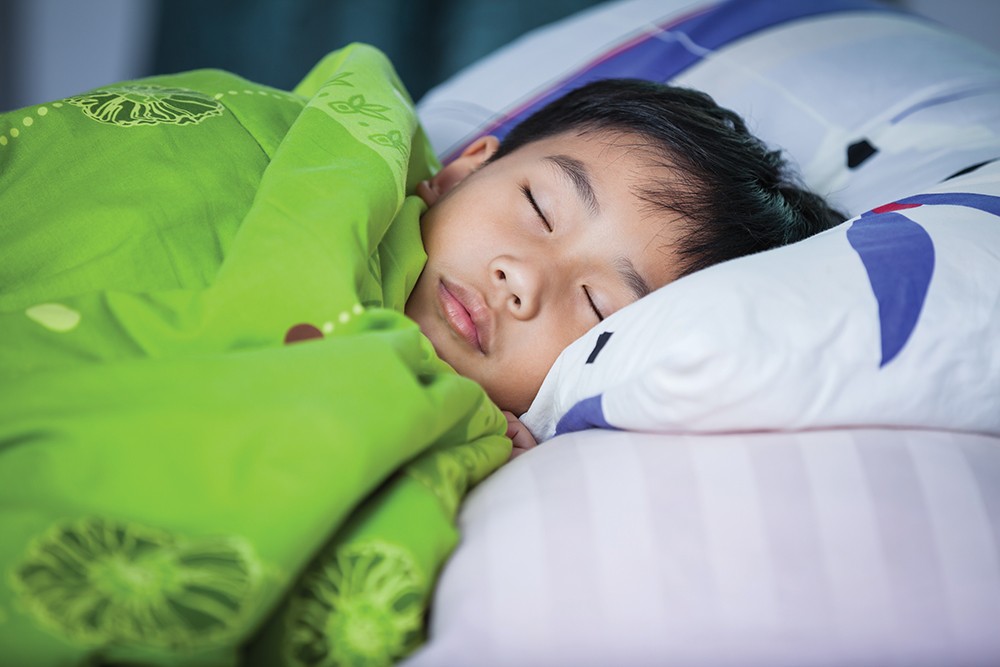 We all enjoy a good hug every now and then,

and that's the basic premise behind weighted blankets. It might also account for the surge in their popularity in recent years, which has given rise to an expanding cottage industry and a community of enthusiasts who tout their calming benefits.

Weighted blankets are precisely what their name suggests: a body-length covering made of fleece, chenille or other soft material that's been given extra heft by integrating artificial beads, or even dried foodstuffs like beans or rice. They evolved out of the weighted vests that have been used in occupational therapy since the 1980s, usually on children with sensory processing disorders and other conditions that caused restlessness, hypersensitivity and anxiety. Therapists and parents observed that the weighted vests have a tranquilizing effect — not all that different from the relaxation you might feel when the dental assistant drapes a lead X-ray vest over your chest.

In time, weighted blankets started being applied in other environments. Angie Bevacqua first came across them while working in a Spokane-area preschool.

"They were using weighted blankets with kids who have autism and special needs, and were having a hard time settling down. I saw firsthand how they really calmed kids down and just relaxed them, and it intrigued me. So I did a little research, because with my niece having special needs, I thought maybe that could help her," she says.

Bevacqua found plenty of testimonials about the therapeutic efficacy of weighted blankets, and became increasingly convinced that they might be a good, non-medicinal way to mitigate some of the disquieting effects of her niece's cerebral palsy, epilepsy and sensory processing disorder. But she also found "they were really expensive — hundreds of dollars per blanket" and resolved to make her own.

That was in 2014. Within two years, she was fielding more and more blanket requests and found herself moonlighting under the name Weighted Joy. Her handmade products now range from lap pads to adult-sized blankets, each of which is made to order and uses washable polypropylene beads for weight. Bevacqua follows a common — though not universal — formula of weighting the blanket to roughly 10 percent of the individual's body weight.

"They can be for anyone and everyone," she says, likening their effect to swaddling a baby. "It really helps with a lot of different needs. That weight on you, it releases your body's natural serotonin and melatonin. It just kind of relaxes you naturally with that deep pressure."

Purported benefits like those have attracted increasing interest from researchers like Dr. Bryan Gee, an associate professor and program director in the Occupational Therapy department at Idaho State University. His own research group conducted a pilot study on individual patients' response to weighted blankets, and the results were published last December in the International Journal of Therapy and Rehabilitation under the title "Exploring the Efficacy of Weighted Blankets with Children with Autism Spectrum Disorders and Sleep Disturbances."

What they found is that the therapeutic effect of weighted blankets "really depends on the profile of the patient," he says. "The more severe their sensory processing deficits are, the more they're responding and getting between 20 and 40 more minutes of sleep per night. We also see a change in their morning behavior as well."

By way of contrast, Gee references an earlier study led by Dr. Paul Gringras, head of the Children's Sleep Medicine Unit at Evelina London Children's Hospital in England. Those results, published in the journal Pediatrics in 2014, found no discernible difference in therapeutic value between weighted and ordinary blankets, even though Gee says that some patients in that study did express a preference for the weighted blanket:

"That's probably where most people are coming from, whether it be clinicians or clients, is the anecdotal range. In my professional opinion, this type of intervention is being applied to everybody without really understanding why they might need it, and what it's really targeting from a neurological or behavioral standpoint. We have to be a lot more judicious in how we're prescribing things."

However, until more is known, possibly through studies that Gee himself is conducting on further pediatric groups, he says that there's "minimal to no risk" for healthy adults who want to experiment with sensibly weighted blankets.

"Are they effective? It's way too early to tell. With anything that's new, it's always best to be cautious, cautious, cautious, and it's OK to ask questions of manufacturers and get feedback from other professionals. But the other side of the coin is that it may be that silver bullet for some folks. It may be what really helps them." ♦