The Kitchen Counter serves simple, seasonal fare to the lunch crowd in Moscow 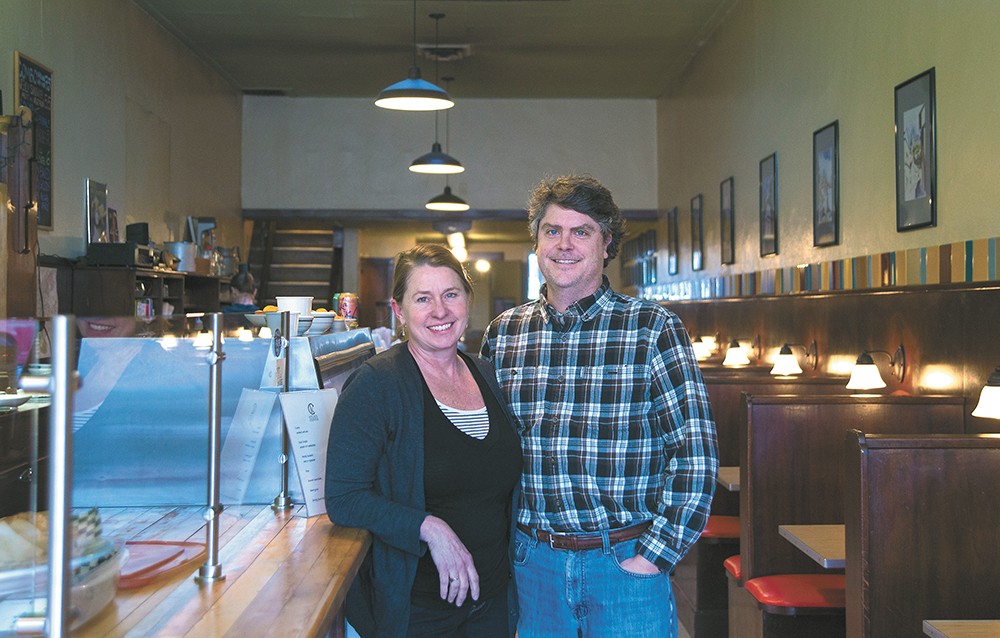 A new lunch spot in downtown Moscow bursts with warmth.

The light streaming through the windows and skylight masks the wintry chill as friends and co-workers linger over steaming bowls of soup in amber-colored wood booths.

The menu at the Kitchen Counter is small and changes weekly — all dreamed up by owner and chef Patty Brehm. It features vegetable-laden soups, sandwiches, and a few other light sides — exactly what's called for on a January day in North Idaho. Open since June, but only on weekdays from 11 am to 3 pm, Brehm wants to do lunch really, really well. Not to impress people, but to make things warm and friendly — to "feed the neighborhood," a phrase she uses to describe the downtown Moscow business district. But she's been surprised by just how well the neighborhood has taken to the space and her food.

"I wasn't expecting how much of a community spot this has become. So many people who work downtown eat here regularly. We have a lot of regulars. And a lot of people all know each other. It's very friendly — kind of a social place," she says. "A friend of mine who comes in for lunch a lot said, 'I didn't know it was missing in my life until I started coming here.' Like it was something he wanted and didn't know it. Now he comes here all the time because it just feels so comfortable and familiar."

Matt Brehm, Patty's husband, business partner and a professor of architecture at the University of Idaho, says he's less surprised. He recognized early that they'd found a hidden gem. The building, squeezed between a large coffee shop on one side and a taphouse on the other, has gone unnoticed even by some lifelong Moscow residents. But they revived its old charm, removing heavy drapes that used to cover the windows and highlighting the Art Deco interior.

"I sensed it was a well-kept secret as a place for people to gather and hang out — to be comfortable and see their friends," Matt says. "It's still surprising how quickly that has happened."

After decades in the food industry, including in restaurants, catering and natural food stores, Patty says she embraces a traditional style of cooking. She focuses on using few ingredients, putting together food that's flavorful and maybe a little new to the eater. Her ease as a chef comes from summers spent in Italy over the past 10 years, tagging along on an annual trip with Matt's architecture classes.

"I learned a lot about Italian food, and it really influences the way I cook tremendously. Just the freshness. You shop every morning — there's a market outside your door," she says. "It's like a farmers market, but every day. In a piazza. It's awesome."

Though lunch is her current specialty, she's experimenting with other ideas. On Jan. 21, the Kitchen Counter hosts a pop-up bakery and market with other local business owners to sell pastries, bread and sliced and smoked meat.♦