Rappers have been crossing over into other genres since the golden age of hip-hop, when sampling from an eclectic array of old records emerged as one of the art form's defining characteristics. They've been lifting heavy riffs and stadium-stomping drum beats from rock music for just as long, with Run-D.M.C. and the Beastie Boys leading the charge in the mid-'80s.

The waters between the two genres have only gotten muddier in the years since, with poppy hip-hop crooners like Drake and Post Malone sliding effortlessly between singing and rapping in any given bar, and big-name rock bands such as Muse working with hip-hop producers like Timbaland.

But we're considering a specific phenomenon here: Rappers who, due to pure hubris, believe they're capable of writing and recording a straight rock album. These albums are almost always disastrous and offer cautionary tales of overconfidence and artistic overreach.

This week marks the 10th anniversary of Lil Wayne's album Rebirth, perhaps the most famous example of these ill-fated projects, which dropped to near-universal critical derision in 2010. Wayne's releasing a new album Friday called Funeral, but we're looking back at Rebirth and a couple of others that probably shouldn't have been wrought upon the listening public.

Riding his blunts-and-cough-syrup croak and punchline style of rhyming, Lil Wayne had become perhaps the biggest rapper in the world at the turn of the 2010s. He appeared too big to fail. Then he convinced himself he could play guitar. In 2008, he busted one out during an SNL performance of his single "Lollipop," despite being the most basic of beginners. Then he went and recorded an entire album of melodically suspect auto-tuned singing over high-gain amplified guitars. "Prom Queen," the album's lead single, is interesting only in that it reveals Lil Wayne's gaudy taste in rock music, like the only cassette in his tape deck is Kid Rock's Devil Without a Cause.

And that's just scratching the surface. It's a slog of an album that combines the worst elements of both genres — cheesy bombast and banal lyrics. Entertainment Weekly aptly compared Rebirth to Michael Jordan's lone season playing minor league baseball before returning to basketball. It's a great analogy, because Lil Wayne's rock album is the sound of someone very confidently stepping to the plate, swinging, and missing — like, 12 times in a row.

Kid Cudi has always had a knack for endearingly off-key singing, which injects a sense of vulnerability into his highly emotional sci-fi hip-hop. But when that imperfect singing is paired with shaky guitar playing and he drops rapping almost entirely — like he did on the 2015 rock project Speedin' Bullet 2 Heaven — the results are totally wack.

To Cudi's indie credit, it's a challenging album that places no priority on easy listening for the masses. And unlike Rebirth, its references are 2000s indie bands and grunge rather than modern butt-rock, demonstrating Cudi's more admirable taste in guitar-driven music. But as he showed with his inconsistent rock project WZRD, he simply doesn't have the vocal or instrumental chops to justify abandoning his sing-songy flow. All the bum notes and dissonant chords make for an acutely uncomfortable listen, and it's like watching somebody who's bombing onstage but keeps plowing ahead anyway.

This may be the most confounding entry in the annals of rappers who think they can rock, because Logic can really rap. As one of the only MCs alive who holds a candle to Eminem's insanely technical flow, his playful use of language and tongue-in-cheek punchlines are truly exceptional.

Why he thought Supermarket — the 2019 soundtrack accompaniment to his debut novel of the same name — needed to be an alternative rock project is puzzling, to say the least. The rapid-fire rapping is almost totally absent, replaced with bland and derivative songs like "Lemon Drop" and "Bohemian Trapsody" that sound like the originals a '90s alt-rock cover band is working into its set. Perhaps more damning than the forced Anthony Keidis and Rivers Cuomo impressions, it's a concept album with no clear concept.

Like Rebirth and Speedin' Bullet 2 Heaven, Supermarket is the work of a legitimately talented rapper who seems to believe he can do anything, but clearly cannot. Here's hoping that the next generation of MCs takes cues from innovative rap-rock bands like Rage Against the Machine and comes up with something new, rather than mimicking the weary tropes of rock 'n' roll — or just sticks with rapping. ♦ 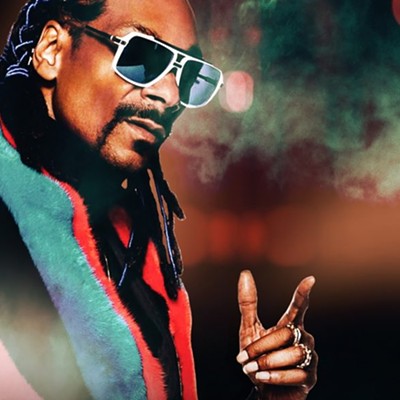 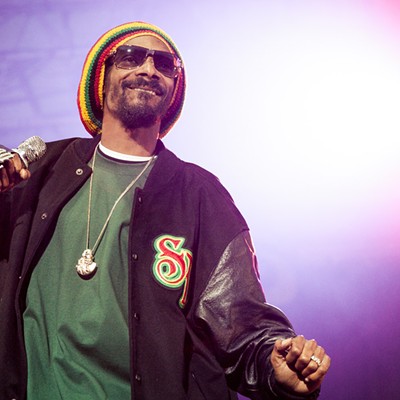