A year inside the most storied newspaper in the world during its fight to stay that way.

PAGE ONE: INSIDE THE NEW YORK TIMES
Rated R
Directed by Andrew Rossi 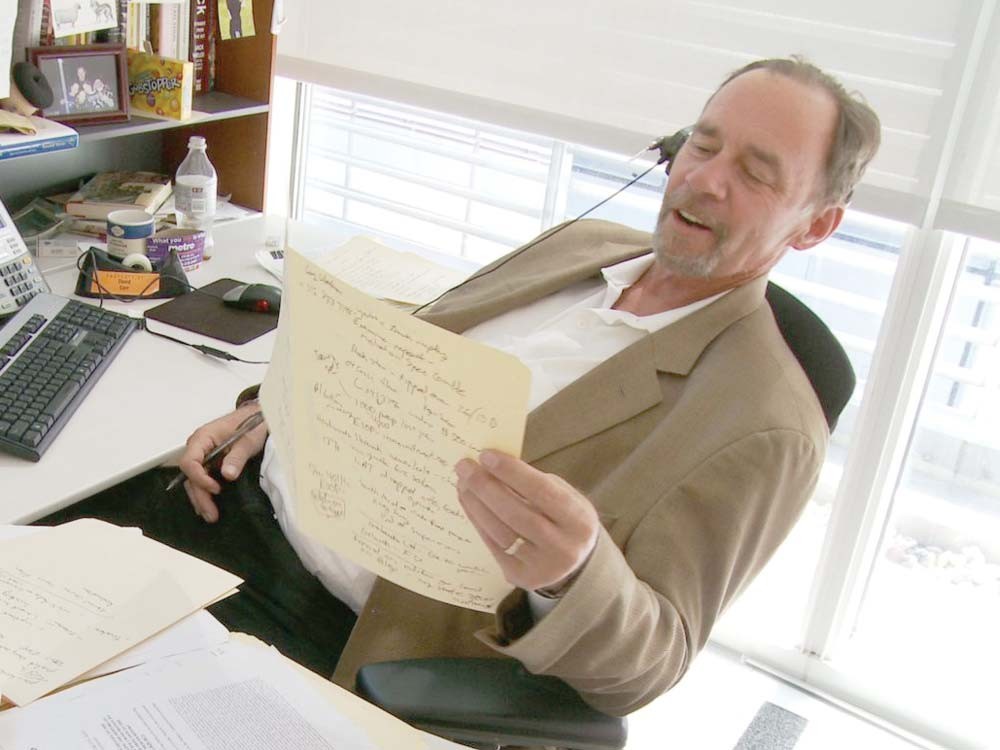 Most of the action centers on David Carr (pictured) and the Times’ media desk.

My wife wakes up before me. She’s the one who gets the newspaper out on the front porch, reads the whole thing first, then leaves it for me at the kitchen table, always open to the comics. That’s how we start our days ... with a real, live newspaper, with pages you can turn, whole sections you can recycle without reading (that would be sports), plenty of material with which you can wrap gifts. It’s something we will not give up.

Never mind that newspaper journalists are getting laid off left and right, that print classified ads are a thing of the past, that “everyone under 40” gets their news either online or on TV. Newspapers aren’t going the way of dinosaurs and dodos. They will always be here, in one form or another.

The somewhat depressing, constantly fascinating documentary Page One: Inside the New York Times verifies this, all while explaining what the industry once was, what it’s turned into, and where it’s going.

The reason the film is fascinating is that the story is told through the eyes and words of the people who work at and write for the New York Times, the most successful and prestigious newspaper in the world. A paper that, like so many others, is having a rough go of it, rolling with the punches, trying to adapt.

Director Andrew Rossi throws us into this world, making us a fly on the wall at editorial meetings (the only dull part of the film) and traveling with reporters as they put stories together.

Most of the action centers around the Times’ Media Desk, where we get to meet some real characters, notably the raspy-voiced, wiry pit bull of a reporter named David Carr, a former addict who’s now one of the best reporters in the business. He’s unafraid to ask or say anything, will not let anyone push him around, never backs down. He’s sharp and fast and very funny, and the film lights up anytime he’s onscreen.

And there are many instances where the film needs some high spirits to counterbalance the down side. We sit and watch and listen to people in the Times newsroom who are counting their days, wondering if they’ll be the next to be laid off.

But in the end, a positive attitude is maintained. Newspapers are simply too entrenched in our society. People want and need them. There are always going to be reporters and editors and newspapers. But as the film makes it very clear, they’re going to need to keep changing with the times.