The story behind Ms. Kitty’s is not quite what you’d think. 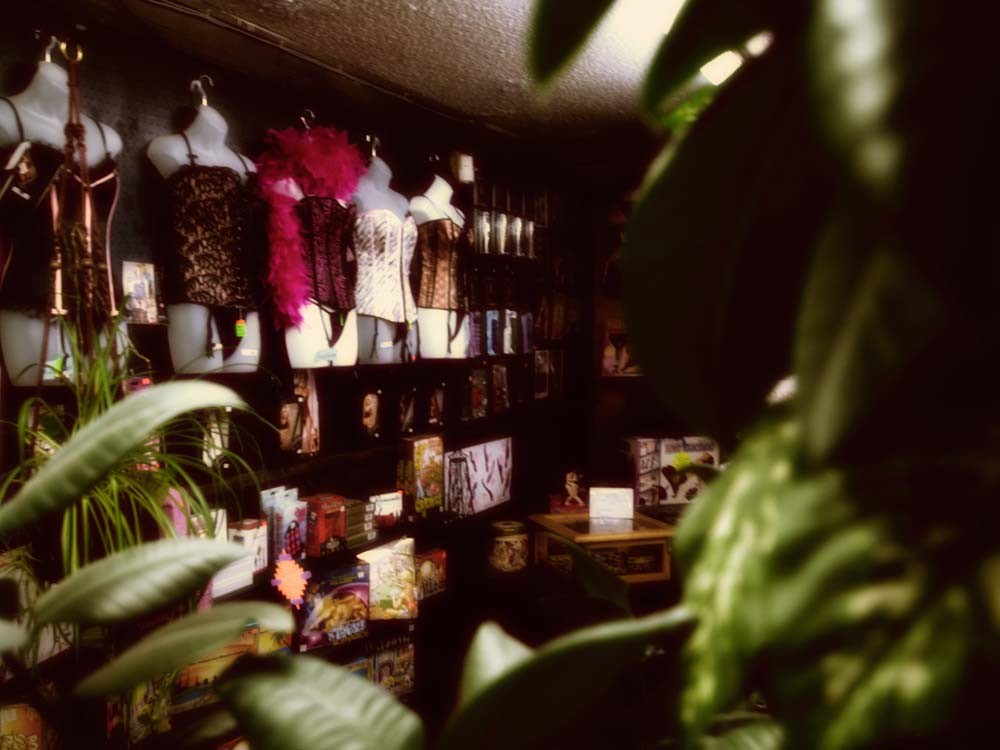 Alex Texmo is a private person. She doesn’t drink or smoke or use drugs. She doesn’t gamble. She’s not married. She hates crowds. She seldom leaves her house after 6:00 at night.

Yet for the past 26 years, the introverted 62-year-old has owned one of Spokane’s most iconic adult stores. At Ms. Kitty’s on East Sprague, where the reader board recently advertised “JALAPENO LUBE,” Texmo greets every customer who comes in, only helping them if they ask.

But owning the adult store is not her passion. She’s not trying to launch a sexual revolution or get people to be more open about sex. It’s a job she fell into — and one she’s kept, simply, because its what she’s always done.

“People ask me if I like my job, and I say, ‘Does it matter?’ It doesn’t do me any good not to like my job. I’m here. It’s a long time to walk in the same building and work the same job. But what else would I do?”

“There’s glass. Vibrating glass,” she says. “Some people are allergic to silicone. Some people are susceptible to yeast infections. But glass you can boil. You can put it in the dishwasher — you just have to remember to take it out before your mother-in-law comes over.”

She gestures toward a sex swing: “You can hang a plant from that during the day.”

Texmo isn’t shocked by sex toys or adult magazines anymore. She says she hasn’t watched an adult film in more than 15 years: “They are so boring. Why would I want to?” Ms. Kitty’s carries everything you can think of and a lot you’d never dream of.

“Yes, I sell all of it. Everything sells, or I wouldn’t have it in the store.” When Texmo took her first job in an adult store in 1979, she says her attitude about working there was similar to the one she has today. She was an aspiring fiction writer then, but she needed a job. There was a bookstore — an adult bookstore — that had an opening. “I really needed a job,” she says. Being surrounded by pornographic magazines and sex toys took some getting used to.

“I was completely and totally … ‘overwhelmed’ would be the word. It’s a lot to process.

“I was happy to have a job. It’s kind of like people who don’t want to go to work at McDonald’s because they think they’re too good for that,” Texmo says. “I needed to make some money and so I thought I could do this temporarily.”

A few years later, Texmo got a call from a friend. He needed help opening an adult store in her home state of Montana. She had the experience and business sense — so she moved back to help open the first Ms. Kitty’s store.

Texmo operated five Ms. Kitty’s stores with her friend, but then one day she got a call that her friend was going to prison. Her friend and partner was the notorious John Bauer, a former priest whose sordid story hit in the late-1980s when he was convicted as a pedophile.

“That was really hard. It really was,” she says. “I didn’t believe it when they first told me. It was pretty shocking. He was a good man. [But] I’m a mom … I’m a mom and that’s wrong.”

Since Bauer went to prison, Texmo has slowly closed each of the Ms. Kitty’s stores — except the one on East Sprague. One store lost its lease; others closed because of zoning laws. The East Sprague location — the only remaining Ms. Kitty’s — shut down its live peep shows in 1997.

“I’ve always tried to comply with what laws were made and invented and changed,” she says. “Politicians make new laws to make adult stores move. And so you move, close, conform.”

Today, she says she has seen it all. She kicks out 16-year-olds who try to sneak in. She’ll tell people who bring in their babies and toddlers to leave. She’ll show you the door immediately if you ask for “young stuff.” Or if you ask to see “the back room.”

But Texmo says those situations are rare. Most of her customers aren’t guys in trench coats and dark glasses. They’re couples.

“I have many women who walk in here and — this is not what you’d expect — but they come in and say, ‘My husband is out in the car. He won’t come in, so I have to come in.’”

Some customers are collectors of vintage Playboy magazines.

Some are transvestites looking for privacy while they shop for lingerie. “I have the biggest selection of corsets in Spokane,” Texmo says.

Texmo says her customers have shopped here for decades, and that they share produce from their gardens in the summer. She even keeps reading glasses behind the counter for customers to use.

“My customers have grown old with me,” she says, laughing.

“They’ll come in and say, ‘Do you have the little glasses here?’” She says she thinks people have become more open about sex since she first started working in that adult bookstore back in 1979. But her reasons for owning the store are the same. It’s business for her — not pleasure. 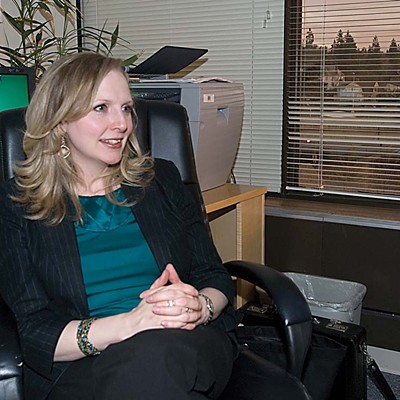