A Clear and Imminent Danger 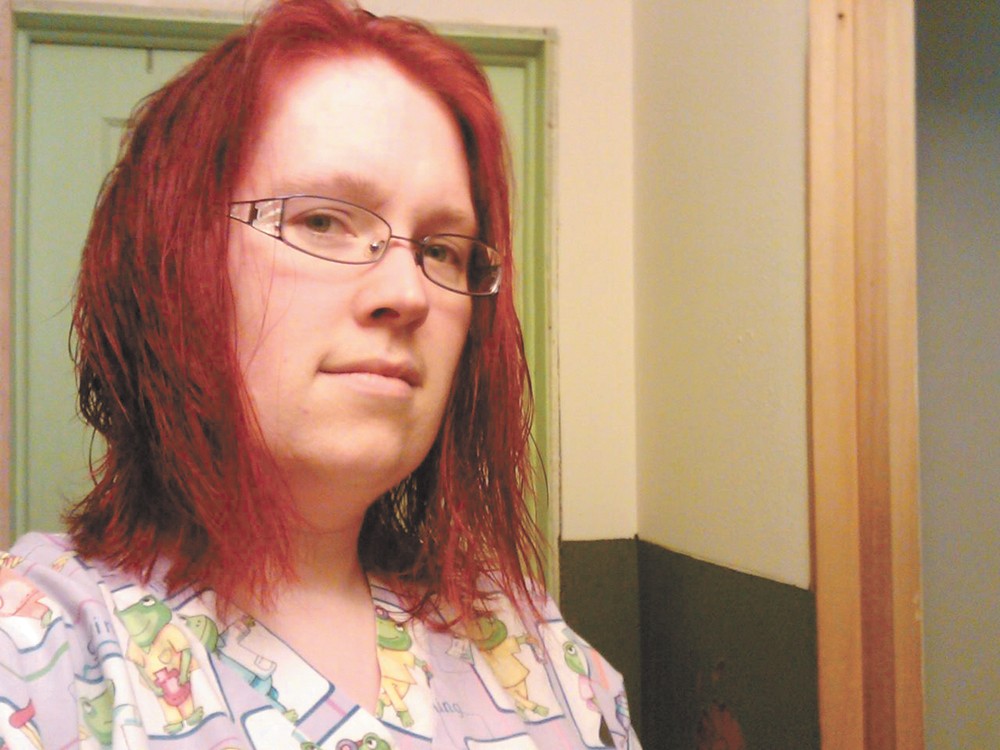 Sheena Henderson was an employee at Rockwood Cancer Treatment Center, where she was fatally shot by her estranged husband.

How did he get his gun back? Why wasn't her family notified? Could this tragedy have been prevented if he had gotten treatment? How do we make sure something like this never happens again?

There are no easy answers following the murder-suicide last week near Deaconess Hospital, where 37-year-old Christopher Henderson fatally shot his wife, Sheena, 30, before turning the gun on himself.

What we do know is that Christopher's mental health had been deteriorating for months. On May 16, Sheena alerted police that her husband was suicidal. Officers found Christopher in a van, armed with a gun. They convinced him to hand over his weapon and transported him to Sacred Heart Medical Center for a mental health check, where he was released three hours later.

Then on July 7, sheriff's deputies paid a visit to Christopher at his office after a coworker heard him talking about ending his life. Deputies questioned Christopher and determined he wasn't a threat. Later that day, Christopher got his weapon back from police lockup. The next day, he shot his wife multiple times at the Rockwood Cancer Treatment Center on the Deaconess Medical Center campus, where she worked. Afterward, he shot himself in the head.

It's hard to say, says Staci Cornwell, the director of Crisis Services at Frontier Behavioral Health. "It is very difficult to predict that someone will do something like this — kill himself or kill someone else — unless they're telling you to your face."

Under Washington's Involuntary Treatment Act, the court can commit individuals with severe symptoms of mental illness to the hospital without their consent only if a county "designated mental health professional" determines they are "gravely disabled" or an "imminent" danger to themselves or others. Those who meet the state's criteria can be hospitalized at a psychiatric facility for up to 72 hours or longer after further court action.

"We see and get calls from hundreds and hundreds of people who are suicidal who don't meet that criteria," she says.

The Crisis Response hotline at Frontier gets thousands of calls every month, Cornwell says, and between 600 and 800 referrals requesting a mental health evaluation. Frontier is the only agency in the county with authority to perform involuntary treatment evaluations.

Cornwell would not confirm whether Frontier DMHPs or hospital workers were involved in Christopher's evaluation at Sacred Heart Medical Center due to privacy concerns. But both, she says, would have conducted the same initial assessment to gauge his risk level and need for treatment. In that assessment, mental health providers would see if the client had a plan to commit suicide, a means do it and any protective factors that may prevent him from doing so, like close family members or goals for the future. Next, they would work to minimize his risk of suicide, say, by taking away his weapon or cache of pills, and connecting him to outpatient treatment services. Involuntary commitment is usually a last resort.

"When you involuntarily hospitalize someone, it is a court process; it is a civil commitment. It does strip them of those rights," Cornwell says. "We do try and make sure we're exhausting all options before we go into that direction.

"If we can prevent the downward spiral, then that's our best opportunity to really make a difference and changing the course of where they're headed," she adds. "We certainly don't want people to hit rock bottom or do something dangerous before we intervene."

But advocates from the Washington chapter of the National Alliance on Mental Illness say that's exactly what happens. Sandi Ando, the public policy chair, argues that the state's civil commitment criteria is too narrow to get decompensating people the help they need to avert a mental health crisis. Over the years, NAMI has backed legislation expanding the state's civil commitment criteria by removing the "imminent" standard under the Involuntary Treatment Act.

The most recent iteration of the bill was introduced last year by Rep. Brad Klippert, R-Kennewick. The bill has never gained traction, Ando says, because of the high costs of adding more treatment beds.

"If we're going to take care of people... we need to be sure the system is adequate to respond to them and their needs, and there is no way this system is adequate to do that," she says. "The fact is that nobody who is operating in a highly delusional state really does have any liberty at all. They're at the mercy of their delusions; they're not free anyway. The best way to get them free is to get them well." ♦

Speaking of State Of Mind , Police