The Fighter should earn Christian Bale an Oscar nom for his nuanced performance. 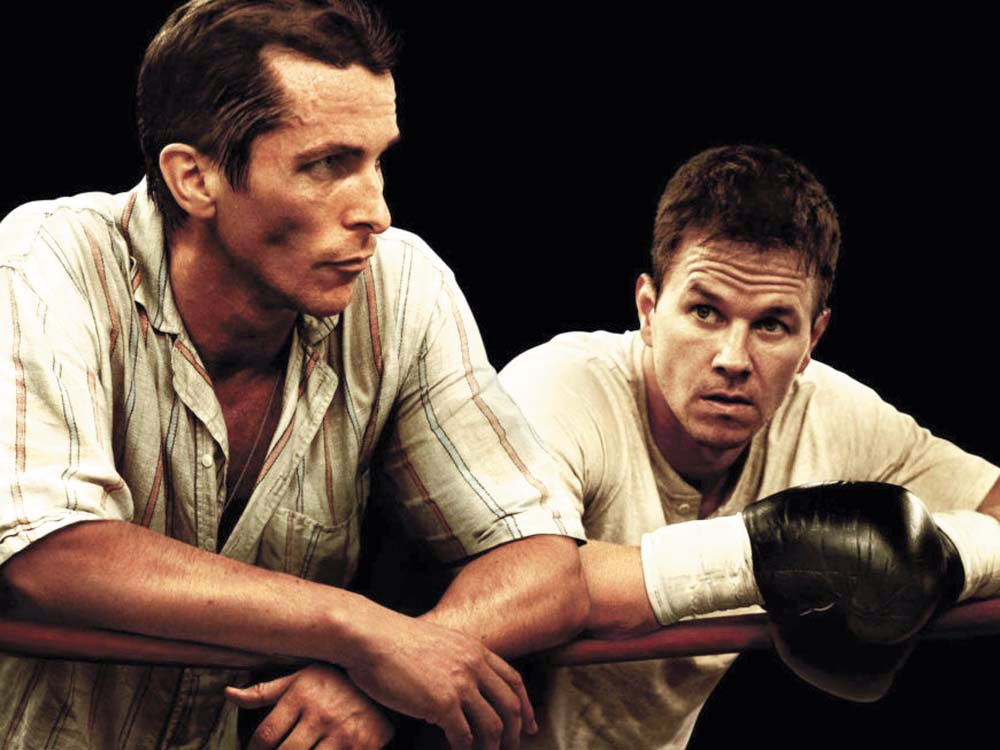 The boxing movie has long been a staple of Hollywood, from small, moody films such as The Set-Up and Requiem for a Heavyweight, to the blockbuster Rocky and the emotional turmoil of Raging Bull — even a bit of pop idolatry when Elvis starred in Kid Galahad. The newest addition to the genre is as much a story of family as it is of throwing or ducking punches.

Here’s what you need to know about the real “Irish” Micky Ward. He grew up — and still resides in — the blue-collar town of Lowell, Mass. He lived in the shadow of his older half-brother Dickie Eklund, a once-promising boxer whose career was ruined by drugs. Ward was a light welterweight, winning 38 fights and losing 13, and wearing a title belt around his waist a number of times.

Here’s what you need to know about the people playing these folks. Mark Wahlberg, working for the third time with director David O. Russell (I Heart Huckabees, Three Kings) got into amazing shape to play Ward, and Christian Bale, aside from putting on a believable Boston accent, got into really bad shape to play Eklund.

The film, mixing in some fiction (because that’s what you do to make true stories palatable to movie audiences) sticks mostly to the facts. We get to see the Ward-Eklund family at its best and worst. The good side is that there’s a fierce loyalty holding them together. Yeah, Dickie is a screw-up who’s become a crackhead and is getting in the way of his little brother’s dreams. But their mother, Alice (Melissa Leo), can’t see beyond the fact that they’re both her sons. She’s Micky’s manager and does whatever she can for him, but she’s in complete denial about Dickie’s condition.

That’s part of the bad side. Add to it a gaggle of really scary Ward-Eklund sisters, along with Micky’s new girlfriend Charlene (Amy Adams), who is not exactly welcomed with open arms into this screwy family.

These folks are all part of the universe surrounding Micky as he primes himself for a make-it-or-break-it approach to his profession. He doesn’t want to hurt his family and he doesn’t want to lose this new woman in his life. But he also knows that he’s got to get away from the emotional chaos if he’s going to succeed in the ring.

Wahlberg always wraps himself up in his characters, allowing us to see and feel their many sides. So it’s no surprise he’s rock-solid as Micky. He’ll have every viewer rooting for him, no matter how stacked the odds are against him.

But more eyes are going to be on the amazing Bale. His Dickie is a jittery ball of confusion who’s aware that his life is out of control and that his “help” could easily bring his brother down. But he can’t stop thinking that he can make things right, that he’s really needed by Micky.

It’s a tricky performance in that it could easily alienate some viewers who might just want Dickie to go away. But Bale imbues Micky with just enough sympathetic qualities to make others think differently. There’s no doubt that his name is on the very short list for a supporting actor Oscar nomination.

The only problem that stands out with the film is that it ends too suddenly, sticking with Mickey’s London match against Shea Neary, rather than going on to his three celebrated fights in 2002-03 with Canadian lightweight Arturo Gatti. The story here stops with Micky walking through a new door but not letting us see what’s on the other side. Are they thinking sequel?