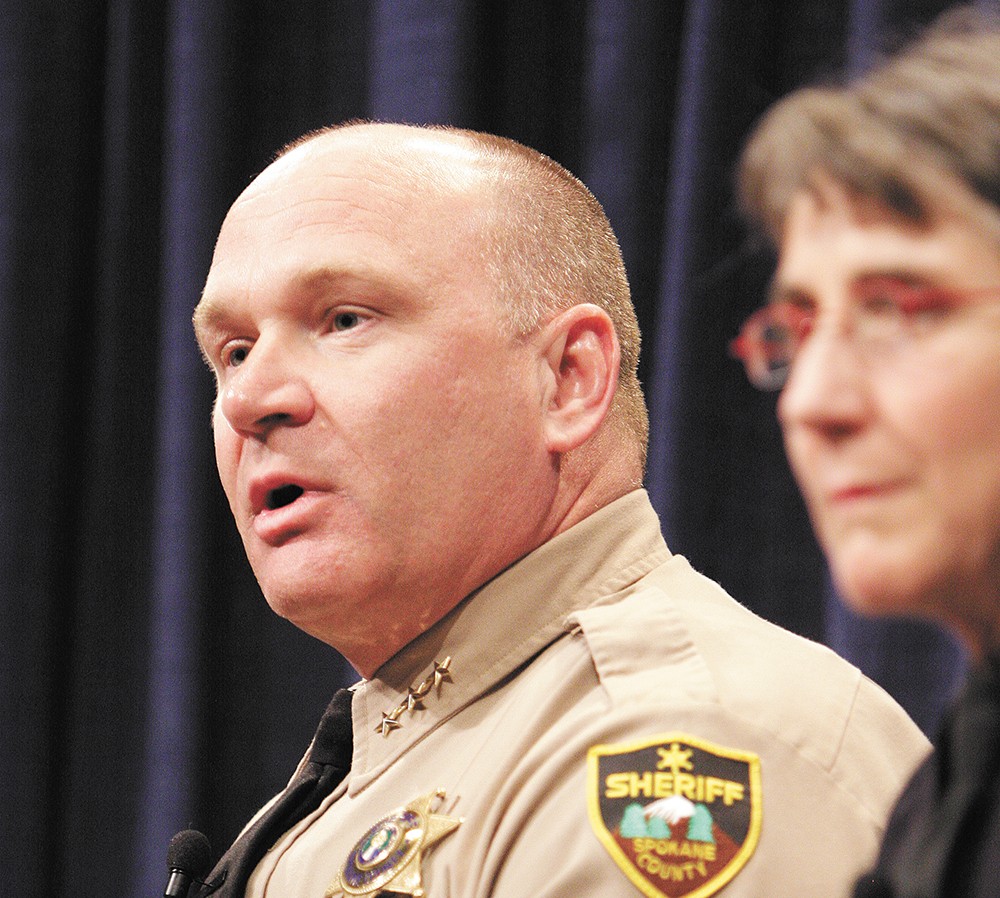 Sheriff Ozzie Knezovich has a lot on his mind.

Amid all the debate about body cameras in the Washington State Legislature and the vacancy in Spokane's Office of Police Ombudsman, law enforcement transparency and accountability are near the top of the list.

However, it doesn't seem likely that the Spokane County Sheriff's Office will follow in the Spokane Police Department's footsteps and provide independent oversight of police investigations.

"I see the value of an ombudsman because it's somebody with an outside eye," says Knezovich, who has previously said he wants to have the oversight of an ombudsman. "But our citizen advisory board is not in favor of a county ombudsman. They made it very crystal-clear to me: 'That's what we do, and we do it for free.'"

The citizen advisory board consists of eight to 12 volunteers who review officer-involved shootings, internal affairs investigations and other policies within the agency — many of the responsibilities an ombudsman would take on. The board, which was established in 2000 under former Sheriff Mark Sterk and is appointed by the sheriff, meets once a month to review cases based on their own agendas, as well as those presented to them by Knezovich.

"We've had this discussion among the board," says board chairman Chuck Parker. "We don't feel there's any benefit to the county to pay extreme amounts of money to have an ombudsman. We've never had an issue where [the Sheriff's Office] says 'We can't give you that,' or 'We can't tell you that.' The sheriff is very good about providing us the people we need to talk to or the data we need to look at."

John Nollette, a local attorney and nine-year board veteran, still sees the value in additional oversight. "I think our job is quite different than the ombudsman," he says. "There's no reason there shouldn't be an independent person overseeing what's going on, and the ombudsman would be good for both the city and county."

Proponents of countywide police oversight argue that a board of citizen volunteers appointed by the sheriff might not have as much expertise as an ombudsman with a legal and investigative background.

"We've focused so much on the Spokane Police Department that we've inadvertently left the Sheriff's Office out of the spotlight," says Liz Moore, director of the Peace and Justice Action League of Spokane. "To me, that says we need to have that conversation."

Moore adds that she has no reason to believe the citizen advisory board is doing anything less than a fantastic job. However, she says, "It's always cleaner to have oversight be done by folks who are not appointed by the agency they're overseeing."

Rachel Dolezal, chair of SPD's Office of Police Ombudsman Commission and an Inlander contributor, says expanding oversight to the county would require more commissioners to handle the extra workload.

"It sounds good on paper, but it's more difficult than just the formality of saying, 'We're overseeing the county,'" she says. "Not that it can't be done, but it would look different than the current civilian oversight model."

In October of last year, Knezovich expressed interest in expanding the city police ombudsman duties to the county. He brought the idea to the Spokane County Commission just as former ombudsman Tim Burns was grappling with the decision to re-up for another term or retire. Burns decided to leave, and the question of countywide independent oversight for law enforcement was put on hold.

When the police ombudsman position is filled, however, Spokane County Commissioner Todd Mielke says the decision to contract with the city ombudsman will be weighed against other accountability strategies, such as body cameras.

"The question is: Which tool provides the best transparency for the public?" Mielke says. "My personal bias is that body cameras tell us more about what happened at the scene and more effectively put to rest public concerns. I think that more resoundingly convinces people than a separate investigator reviewing paperwork and taking statements after the fact."

As for the status of body cameras in the Sheriff's Office? There's a draft policy in place and a three-month pilot testing period has been completed. Now, Knezovich says he's just waiting for bills in the legislature for guidance on how to deal with the footage captured by his deputies.

"Everything is really in the tube," he says. "It's all depending on what comes out of the legislation." ♦