Comparing one bride's depression to an entire planet's obliteration 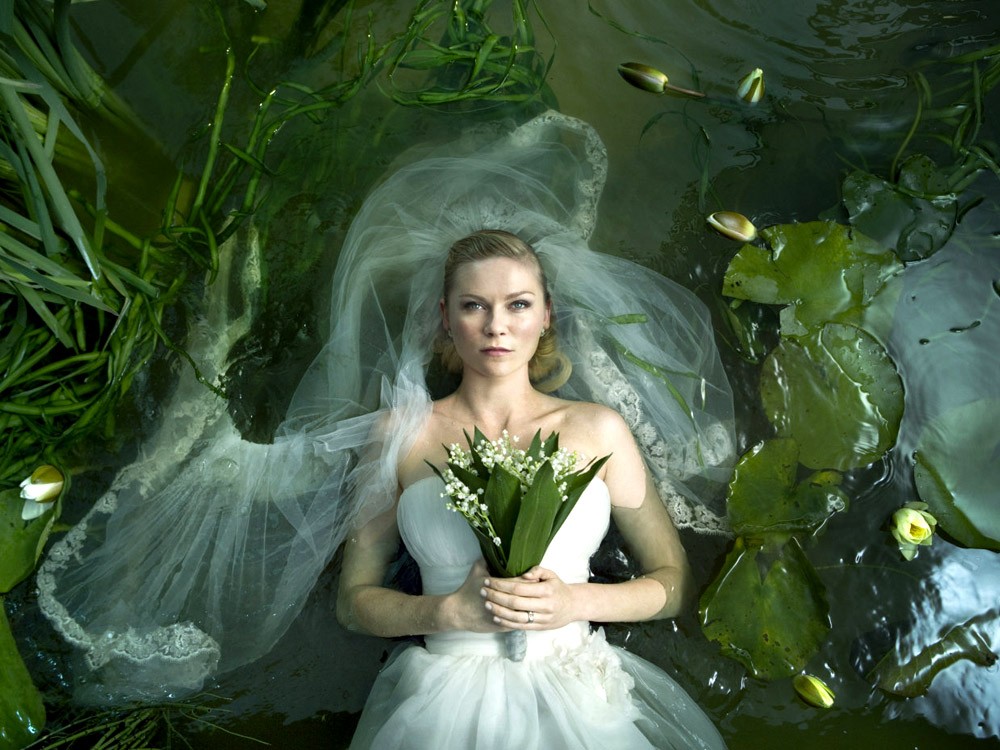 The two are given near-equal time. The film’s first part follows Josephine (Kirsten Dunst), a young bride who isn’t at all happy with her lot. The second follows her sister Claire (Charlotte Gainsbourg) after the wedding, as she alternately tries to take care of Josephine (without wholly resenting her) and tries not to worry about the massive planet called Melancholia that is about to fly by — or through — Earth.

More classic melodrama than science fiction, the film gets quieter the closer the planet gets. Part of this is causal — Melancholia’s electromagnetic field eventually disrupts all communications with the outside world and its gravity sucks our atmosphere away, making it difficult to talk to those in the same room — but mostly, it’s aesthetic.

The film is gorgeous to behold. It often looks more like painting than cinematography, and feels more like an epic, disconsolate opera than a film whose score reuses the same few movements from Wagner.

It is not about the destruction of the world.

It is about the effect (or lack thereof) that the destruction of the world has on the relationship of two sisters. It is a fitting tribute to their mutual entitlement that the other 7 billion deaths occur off-screen. Slowly the film’s saturated visuals and unhurried, often slow-motion, shots build a parallel between planets and siblings. One evening before the event, Melancholia sits blue in the sky across from the yellowish moon. The sisters stand, in more or less the same position, on a massive terrace.

Claire is moon-like, constant, gently pulling things and people in the way she would like them to go. Josephine is, quite literally, Melancholia. She is gone and then present, nowhere and then all-encompassing.

As with the film Another Earth, which was also released this year and which used a looming planet to let a woman work out her guilt over vehicular homicide, Melancholia uses interplanetary apocalypse to get us thinking about our own melodramas — how it is possible to be sad about other things than the world ending while the world is in serious danger of ending — and the tremendous interpersonal force that the people in our lives exert on us.

People will hate Melancholia at about the same rate they hate their siblings. But, like family, you’ll find it incredibly hard to walk out, even if you want to.