A Cup of Art

Coffee becomes beautiful and competitive at the Thursday Night Throwdown

After hours, Indaba Coffee is still buzzing with caffeine

as Spokane's baristas prepare for their monthly latte art competition.

"Who wants a latte?" asks Bobby Enslow, Indaba's owner. He offers a drink with a tulip emblazoned in the foam. The official pouring starts in 30 minutes, but the storefront is already peppered with practice lattes and spectators waiting to watch the Thursday Night Throwdown.

Noticing a growing interest in latte art, two Atlanta baristas, Ben Helfen and M'lissa Muckerman, hosted the first Thursday Night Throwdown in 2008. This emerging art form involves pouring infused milk into espresso in such a way that creates a design — such as a tulip or rosetta — on the latte's surface. The event quickly caught on in cities around the globe, and Enslow hosted the first event in Spokane a few years later as one of his many community-building endeavors. He regularly invites other independent coffee shops to host the event and encourage camaraderie among competitors.

The lattes are free for the taking, the competitors banter as they perfect their framed rosettas, and observers chat casually while they wait for the main event. With such a relaxed atmosphere, it's hard to tell that there's a lot at stake for Spokane's coffee professionals.

One of Enslow's hearts — as he refers to his passions — is to "elevate Spokane's image of coffee to that of artistry and culinary instead of what we're known for, which is the bikini barista stands."

The timing is right for Spokane's coffee scene to alter its image, according to Indaba's manager, Evan Lovell. 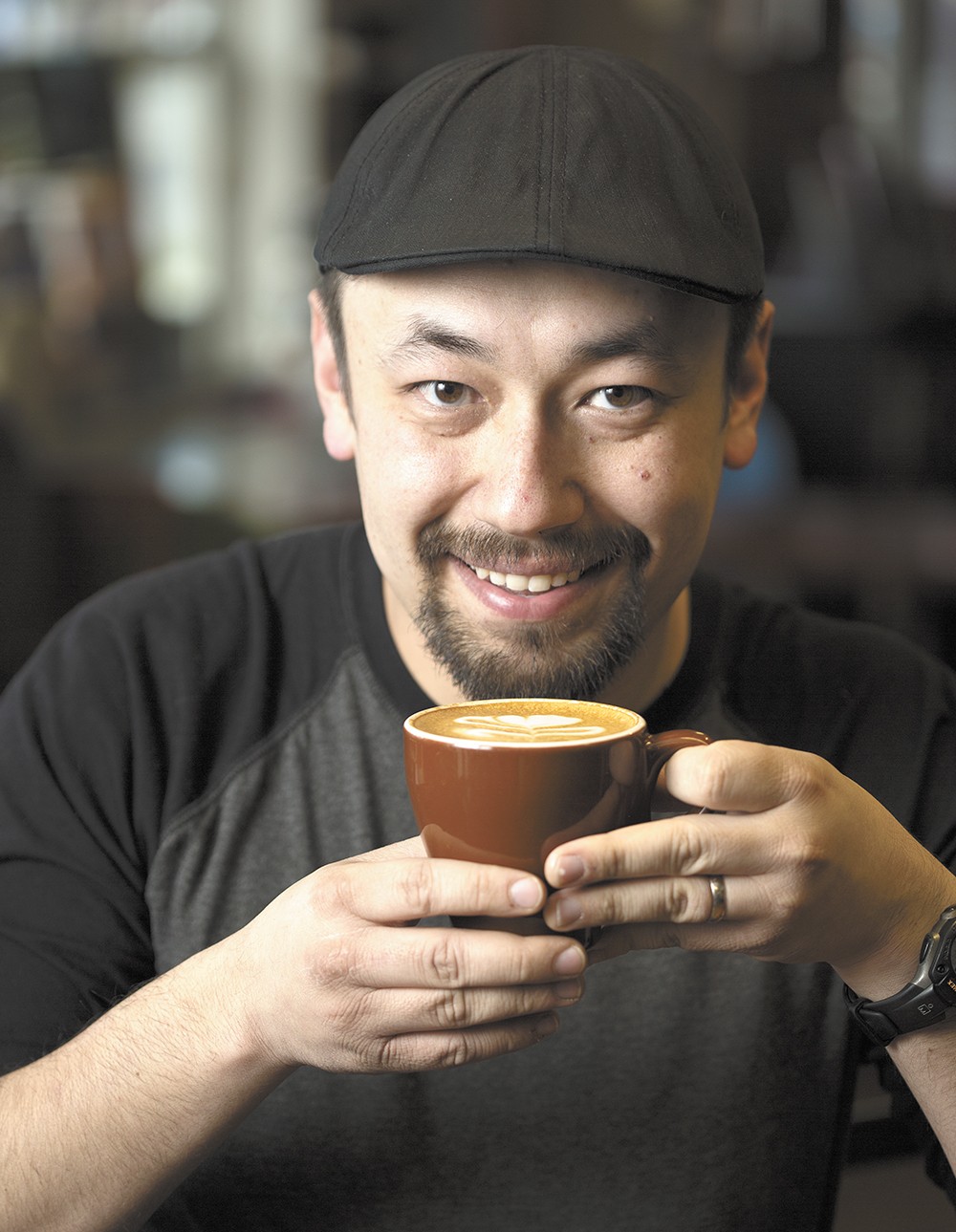 "Because of our demographic... we're on the cusp of this generational shift," Lovell says. "All the sudden, it's all about roasting light and getting these natural flavors out of it instead of adding stuff."

With such coffee meccas as Seattle and Portland in close proximity, Spokane might easily be overlooked. Enslow suggests, however, that Spokane's focus on creating signature beverages will make specialty coffee approachable to more people. These drinks unite the nuances of the coffee with culinary ingredients such as aromatic bitters, finding a meeting place between super-sweet espresso-stand drinks and a culture of purists drinking espresso, says Enslow.

For Spokane's baristas, creating latte art is one way of inviting new people into the coffee conversation. Attendees range from novice home-brewers to skillful baristas, and the experts are willing to share their coffee wisdom, free of the pretensions that often can intimidate a newcomer to the coffee scene.

The baristas throw in $5 to compete, and spectators gather to watch as they steam the milk, pour the shots, and finally create intricate designs in the espresso. Two baristas compete at a time, and a panel of three judges eliminates one each round.

A spectator sips a latte, abandoned from an earlier round, and comments that he feels like he's drinking art. In fact, the artistry of the coffee drink in his hand extends beyond the tulips and rosetta designs.

As the competition continues, some of the participants explain their technique, further extending the invitation to the conversation around specialty coffee. "A 20-layer tulip," Enslow boasts playfully to his competitor as he presents his latte to the judges. Though he's been organizing the event for years, Enslow has never won the competition. In the final round, he faces Kaiti Blom of Revel 77. The judges are split, but the divide is in favor of Enslow, and he wins his first throwdown. ♦