Distilled: Love and loss, over a lifetime 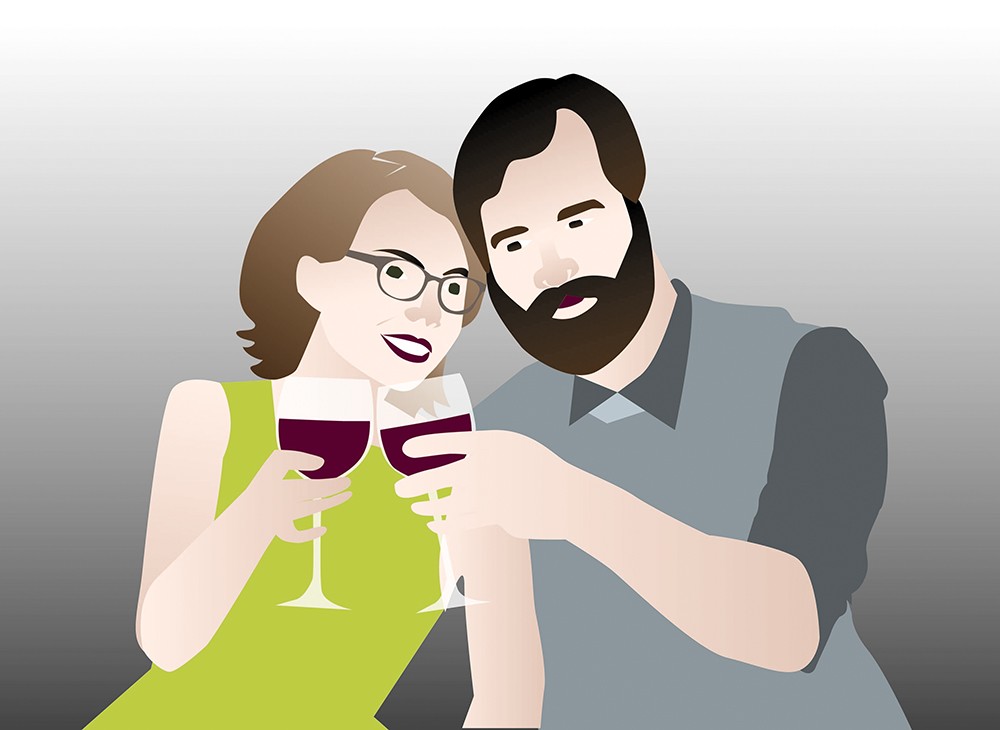 Jessie Spaccia illustration
"These are my best drinking memories, the most romantic of the bunch. But even they are flawed."

One evening a few weeks ago, a man arrived, dropping off my son after a playdate. As we stood chatting in our living room, it came up that he was sober 20 years; I told him that in March I'll be sober for three.

Meeting another sober person is like traveling in a remote part of the world and running into someone from your hometown. It's a pleasant surprise and relief. There is a language shared, a history that's tacitly understood. You find yourself opening up, so much shared experience to illustrate, so many mournful arias to chorus.

It comforts me, these moments of companionship, because it's easy for me to grow tired of myself when sober. At times I feel as ambivalent about my sobriety as I do about romanticizing booze. Frequently, enduring a conversation about my sobriety, I turn to my husband, who dealt with the brunt of my sickness, and I enlist his help.

But even he didn't see all of it.

Not even I did.

The blackouts made it so that sometimes no one saw anything, and it would just be a miracle the next day that I made it home safe, or that I only bloodied but didn't break my nose when I fell into the dresser, or that I didn't die choking on my vomit despite bursting a constellation of blood vessels in my eyelids.

Sam, for his part, stands by me but doesn't elaborate. He won't speak ill of me, in front of me or behind my back.

He's the best sort of husband.

I haven't always been the best sort of wife.

My husband and I met at the University of Montana, an MFA program as renowned for its long nights of drinking as for the quality of its writers. Sam was the quietest and kindest in our classroom, capable of giving helpful criticism without withering a writer's confidence. I was a loudmouth, full of opinions and ideas without the writing chops to back them up. He thought I had a great vocabulary and nice legs. I thought he was an anomaly, a brilliant hunk. We made one another laugh. We spent a lot of hours drinking together, shooting pool, playing ping-pong, talking about our lives before graduate school, his in New York City and Michigan, my own in Seattle and Spokane.

We frequented a bar called the Union Club. Over whiskeys one night, I gave him a copy of Larry Brown's Big Bad Love. It reminded me of the spare, punchy lyricism of Sam's own writing. He loaned me First Love and Other Sorrows and So Long, See You Tomorrow. He was dating another girl; I had a boyfriend back in Seattle. We kept our distance but the attraction grew.

When we finally hooked up, drunk at our friend Alex's house, all of our previous ties were cut. We wanted one another. A friend later told me, half-annoyed, "You two will get married, I just know it." Marriage was not something I'd ever had in mind. I didn't grow up dreaming about it the way some girls do. But I liked it when my friend mentioned it. I was in love. I'm in love, still.

These are my best drinking memories, the most romantic of the bunch. But even they are flawed. There are black moments in them, times where I wept or attacked him, times when we drunkenly fought. My wretched hangovers became more and more frequent, entire days spent in bed, and they worsened in my late 20s. The fantasy land of the MFA program ended; we went to work. I stopped writing. Sam worried for me. I began to suspect that drinking would kill me in one way or another. Even so, I courted the blackouts. I craved how they shuttered my anxiety, how they silenced the endless river of narration that flooded my skull. Despite the rules I enforced on myself (no drinking during the workweek, no hard alcohol, a month-long break here and there), I hurtled further into the darkness.

My last night of drinking involved my two children. I drove them home from a playdate when I was blacked-out drunk. I woke the next morning, head pounding, to crawl to the toilet and begin an all-too-familiar day of wretched vomiting. My husband couldn't even look at me. I was filled with poison and self-loathing, trembling and sick, and I wanted to die.

Now I was endangering the lives of those I cherished above all else.

The first 90 days of sobriety were, for me, a lesson in panic and desperation and patience. But I made it through them, with the help of a woman's group and of my mom-in-law, also in recovery, and especially with help and love from Sam. After a time, sobriety became easier; it was now the norm. A sense of relief ballooned: I wasn't letting myself down all of the time anymore.

Life sober very much mirrors life as a drunk: up and down, confusing and alienating, stressful and sometimes empty. Every now and again, an ache for alcohol rises up: Not merely to enjoy a sip or a drink, but to ruin myself with it, to get f---ing tanked. But the feeling, so far, has been quick to subside. The key is patience: If you wait long enough, the grip inevitably loosens.

I've found, too, that life sober mirrors life as a drunk in exhilarating ways. The things I worried I would never feel again, excitement and wildness, freedom and connection, are all there, only this time I'm sober and can embrace them without shame. Enjoying a dinner with friends and coming home clear-minded, knowing I won't be sick the entire next day, is a novelty that I continue to marvel over.

Sometimes I ask my husband if he misses the Drinking Me, if he wishes we could relive our first months together back in Missoula.

My sober years have been our best years.

Chapter Four: Another Year, Another Lifetime

I stood with my sober friend in the living room and discussed many of these revelations and aches. He continues to endure all of these tribulations, even 20 years later. And while I'm relatively new to them, I've grown accustomed to them in my own right.

"It's wonderful," I said, "that you didn't involve your kids in this stuff."

He shook his head kindly. "No, don't look at it that way. Look at all you've given them now, now that you're sober."

My daughter and son played with his son, each taking a turn holding our new kitten. They passed the kitten from one to the other like a precious gift. The kitten blinked sleepily at them; pleased or merely tolerant, it was hard to say.

My friend and I talked quietly about gratitude. Our Christmas tree was already dying, many of its needles drying out, but it shone cheerfully there in the room, multi-colored lights gleaming.

I didn't tell my friend that I have this persistent voice in my head who wonders, cruelly, if I should start drinking again after March 1, as if these three short years are long enough, as if I'd be in control of it at all once it reignites the dormant fuse in my bloodstream.

He no doubt hears that voice, too.

We focused on our gratitude instead. There was plenty of it to go around: our homes, our marriages, this stable life in our hometown. Our children raced around us, so gorgeous and free in their happiness.

We're lucky, yes, but it's more than that: We've made, for once, a good choice. How intricate a choice is, how fragile and how powerful. It's much bigger than a simple New Year's resolution. We're talking about an entire life here. ♦

Sharma Shields is the author of a short story collection, Favorite Monster, and a novel, The Sasquatch Hunter's Almanac. She lives in Spokane with her husband and two young children. 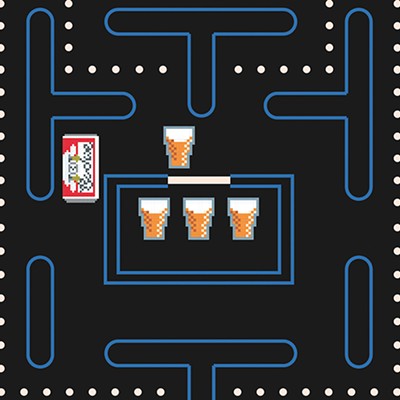