"If things became really bad, obviously this is the best place to be." 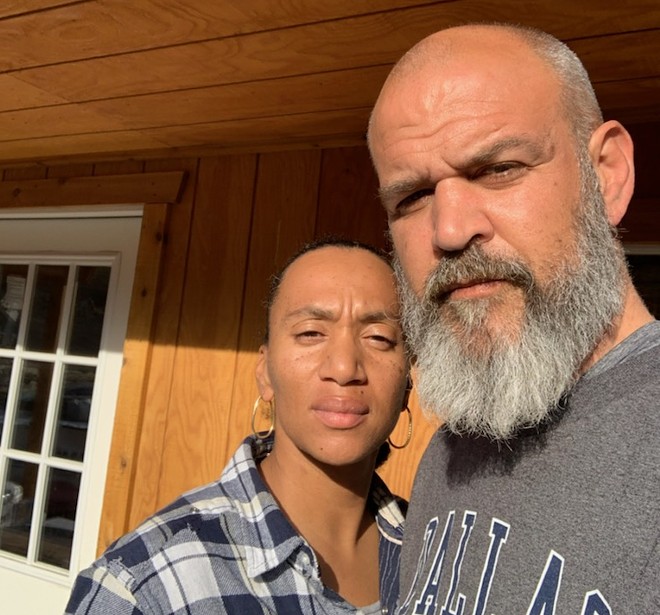 Photo courtesy of Ian Pickett
Ian Pickett and his wife, Khalia. Pickett cut his beard for work down in California, but says "I'm slowly trying to get my freedom back."
Back then, the disaster was a local one. In August of 2018, a fire ripped through the community of Kettle Falls, setting ablaze nearly 300 acres and sending hundreds of displaced residents to the local Red Cross shelter.

Stevens County resident Ian Pickett had his home destroyed. For the last year and a half, as his home has been rebuilt, he's been down in California living with family.

But this time, the disaster's global. In California in the midst of the Coronavirus, Pickett says he was watching people begin to panic, and the government beginning to lock everything down.


"We figured our best chance would be to ride out the storm on our own property in Washington where we could at the very least provide for ourselves off the land," Pickett says. "If we have to be here forever, that's what will happen."

He's calling from his cell phone during a trip to Spokane — he doesn't get much cell service up at his property.


"I mean, they want us to practice social distancing, and I can't think of a better way than to be on my own property," Pickett says.


While the house is still under construction, he has his trailer up there. He's turned a shed into a living space. His dad was a homesteader in Alaska. He's been a Marine, so he's gone through survival training. He knows how to take care of himself and his family if it comes to that.


The neighbors aren't within shouting distance. He never liked being around a lot of people.

"Self-isolation to me was like, 'Great, let's do it,'" Pickett says. "I've been practicing social distancing my whole life."

"Today I saw that they essentially made it a misdemeanor in Sacramento County to leave your house," Pickett says. "I'm not really interested in dealing with any of that... Instead of being in the mix in a city, it was much easier to go to our property and sit back and see how it all plays out."

And part of it is just about independence.

"I'm definitely one of those guys who believes in individual freedom. I'd much rather be on my property than be under the thumb of government officials who are panicking just as much as everybody else," Pickett says. "I'm not anti-government, but at the same time, I don't think that we should allow ourselves to let decisions to be made for us because it makes us feel better or because we're too lazy to do it for ourselves."
click to enlarge 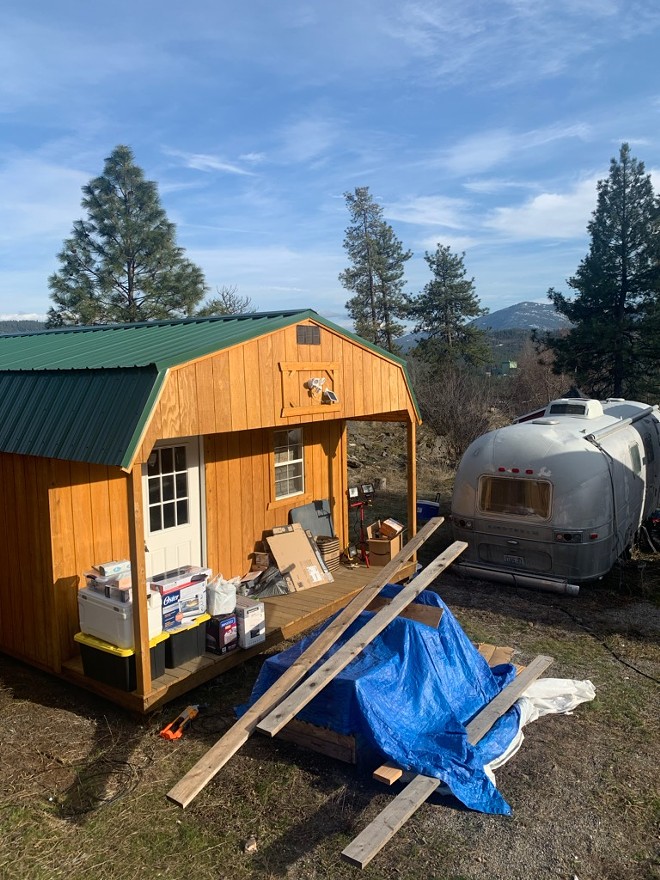 Photo courtesy of Ian Pickett
Ian Pickett's house in Stevens County is still under construction.
The last two years since the fire have been brutal, Pickett says — both physically and financially.

"You know, our kids have learned over the last two years since losing our house, you just have to keep going no matter what," Pickett says. "So this is kind of just like another chapter in their book that they'll get to tell their kids one day."

He wants to make sure that his kids have a stable and happy life, but also to teach them that life is unpredictable.

"In the Marines we call it Semper Gumby: You've got to be flexible," Pickett says. "Our kids have taken on the mentality of, 'Just keep fighting, no matter what.'"

He hopes people can put all the politics aside and seek empathy instead of panic. People in Stevens County are just as likely to be unprepared and panicky as people in California. Humans are humans, no matter where they are, he says, but it might be easier to make wise choices with distance.


"But if you're worried and you're inserting yourself into the chaos, it's harder to make a better decision," he says. "It's easier to step back and look at it from afar and make more sound judgments."


Even in rural Stevens County, you still have to deal with the occasional obnoxious neighbor.

"We've had a very ornery bear who comes down every spring, and has either torn up our trash or scratched our trees and grunted at us while we yelled at him," Pickett says. "He's probably been the biggest pain in the butt that we've had."


Still, being on his property on Wednesday, he felt more relaxed than he's been in maybe a year. Lake Roosevelt's only about a half-mile away.


"We're overlooking the lake," Pickett says. "It's been beat up quite a bit by the fire but it's fairly tranquil."


Sometimes, when the wind blows right, you hear the trucks rumbling on the highway. But other times, all you hear is wind winding through the trees.

The trees remain charred. The fire has left its wounds that will take decades to go. But with time, spring comes and you begin to rebuild. And, in those moments, there's a whisper of hope in the breeze.