A Ghost of Christmases Past 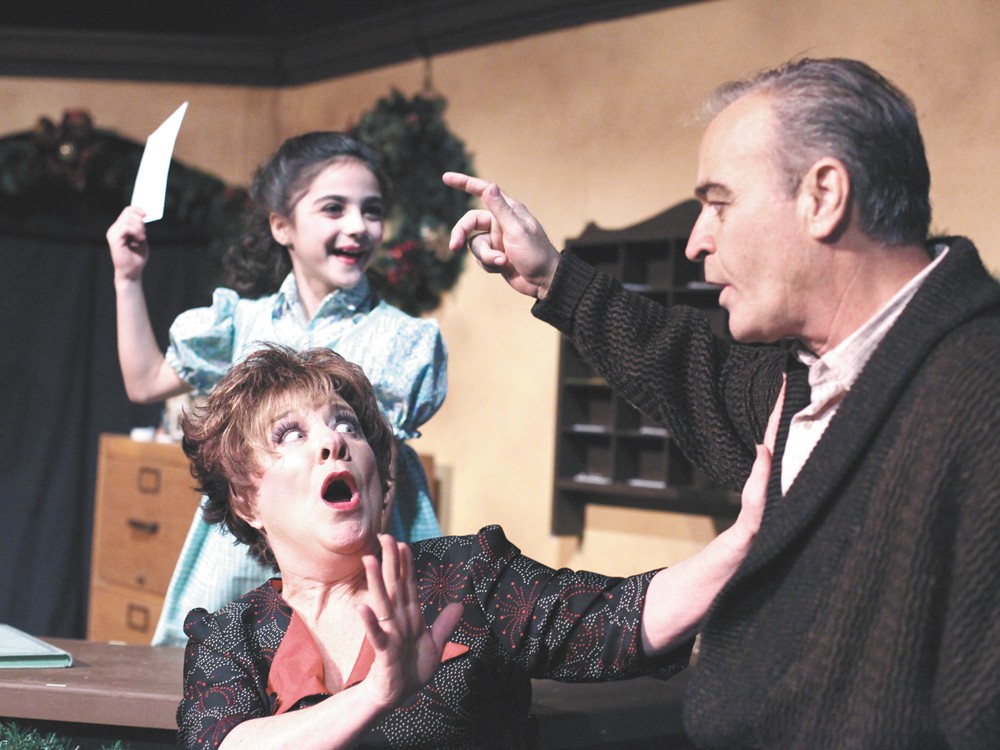 It took half a century for the film White Christmas to be adapted into a musical, but only two years for it to reappear on the stage where it received its Spokane debut. Whatever the explanation offered by the program notes for this rapid revisitation, the mood of leaden insincerity that hangs over the production itself suggests something more disquieting. A creative shortfall, maybe. Or worse, shameless cynicism.

That’s a serious charge, and not one made lightly, given how much the mostly volunteer cast, crew and musicians have undoubtedly invested under Yvonne A.K. Johnson’s direction. But all one needs to do is rewind a few weeks to The Producers to know what heights are within the Civic’s reach. The contrast between the élan of the previous show and the current one is as striking as it is disappointing.

Contrasts don’t necessarily have to be adverse. The chemistry of White Christmas relies on them. Prim Betty Haynes versus her impetuous sister, Judy. Stick-in-the-mud Bob Wallace versus his hyperactive ex-army buddy and stage partner Phil Davis. They’re odd couples who’ve been paired by circumstances or genetics, but in life they’re two necessary halves of the same coins, brought together as double acts by their shared love of showbiz.

With the gents, it’s a different story. White Christmas features two nasal tenors; close your eyes and they’re virtually indistinguishable. Michael Muzatko portrays Bob as tantrum-prone and high-strung, while Mark Pleasant’s Phil is more of a creep than a suave playboy. Their charm and interplay is all but lost. Muzatko’s role rewards him with some of Irving Berlin’s most iconic songs, yet as a singer, his tendency is to hunt for notes rather than alight gracefully upon them.

Doyle-Lipe and Cooper are responsible for many of the show’s highlights: as co-choreographers for the two rousing tap sequences (“Blue Skies” right before intermission and “I Love a Piano” immediately thereafter) and as a much-needed injection of charisma in a few key scenes.

Stripped of its gimmickry (a precocious tyke, some gratuitous kicks and backflips from ensemble members), there’s little in the way of vision or verve to bind White Christmas together. The sets are underwhelming, and the orchestra under Mike Saccomanno ranges from inconspicuous to ragtag. The cumulative effect is that White Christmas exists on a par with a department store holiday sale. All the seasonal trappings are there, but there’s something unsettlingly soulless about the affair.