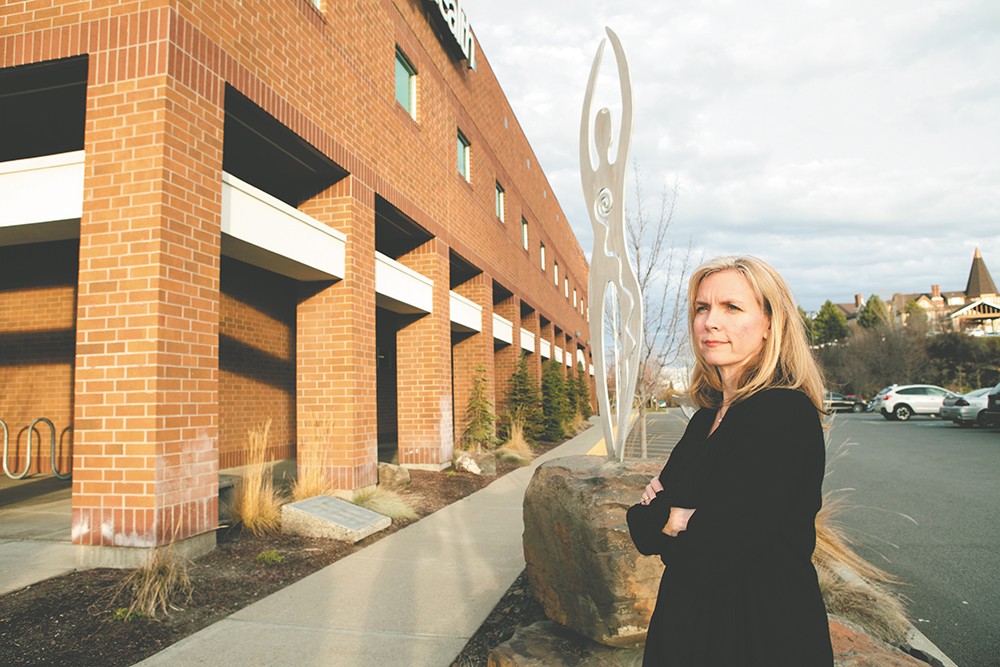 about how Kaiser Permanente's acquisition of Group Health will impact health care in Spokane. The real question is: What would have happened if Kaiser hadn't acquired Group Health?

Seattle-based Group Health Cooperative is one of the three largest health insurers in Washington, with more than 518,000 policyholders, holding more than 17.5 percent of the market, according the state's Office of the Insurance Commissioner.

Yet Group Health has struggled in recent years, says Stanford, the organization's vice president of clinical operations and market integration. With rising drug and technology costs, and upgrades needed in its facilities, it was becoming a challenge for Group Health to do everything it needed for its patients and employees.

Group Health physician Bob Riggs of Spokane Valley, who was part of the conversation and decisions leading to the acquisition, puts it a bit more bluntly.

He says that in the past few years, Group Health has had to take cost-cutting measures, including reductions in physicians and support staff through layoffs.

That's where Kaiser Foundation Health Plan came in. Kaiser operates in eight states plus the District of Columbia, and it has more than 10 million policyholders. Since Kaiser shares a vision similar to that of Group Health — both, Stanford says, are nonprofit health insurance and care providers committed to more affordable rates — the potential merger was a way to keep the infrastructure Group Health already has in place while also being able to grow and offer the resources patients need.

These kinds of mergers

have been occurring nationally, and there have been concerns that as a result, patient premiums will be raised because the markets are less competitive. But Riggs believes that the opposite will happen, at least for Spokane members. Kaiser, he says, has a history of better cost control and should be able to cut premiums.

For example, Stanford says that Group Health has an aging claims and health-plan system that has needed to be replaced for a while, but has thus far been held together with "Band-aids and duct tape." Replacing that system is expensive, and spreading the cost across 518,000 policyholders would have raised patient insurance premiums. However, spreading that cost across more than 10 million Kaiser policyholders would have little impact on premiums.

"Fundamentally, the way we provide care, and access to care and clinical services we provide, won't change at all," Stanford says. "What I do think people will see is additional resources in our community. They'll see investment in facilities and upgrades, and growth in adding specialties and services."

Kaiser will invest $1 billion during the next decade in new facilities, staff, technology and research in Washington. Stanford says that in Spokane, there will be no change in staffing and little change in leadership. She says Kaiser, as part of the agreement, has agreed to all labor agreements Group Health currently has in place.

Stanford says Group Health already has a larger network presence in Spokane than it does in Seattle, and contracts with more community providers.

"Group Health, and now our partnership with Kaiser, will be committed to the Spokane community, and continue to grow and provide additional resources and infrastructure," she says.

Steve Duvoisin, for 31 years the CEO of Inland Imaging, which contracts with health care organizations around the area including Group Health, says that as Kaiser looks to expand nationally, it will have to figure out the formula in smaller markets like Spokane, rather than cities like Seattle and Portland. Part of that is not investing too much in making changes.

He says that when he first heard about the acquisition, he believed it would have a negative impact on his business, as he thought Kaiser would come in and set up their own imaging. But when he learned more, he realized that since Spokane is such a relatively small market, it wouldn't make much sense for Kaiser to do that.

"Now," Duvoisin says, "it's just a matter of seeing how it plays out in the next few years." ♦

Even though the nonprofit is being absorbed by Kaiser, the Group Health name will live on in the form of a Group Health Community Foundation.

Kaiser is paying Group Health $1.8 billion as part of the acquisition, and that money will be used as an endowment for the new foundation. Similar to Spokane's Empire Health Foundation, which was created when that system was purchased by Community Health Systems, it will be operated as a nonprofit, independent from Kaiser, and will serve communities all across the state.

It could serve several purposes, from funding medical research, vaccinations or screenings to filling gaps in mental health care, addiction treatment or social services, though details have not been worked out, says Group Health spokeswoman Angela Matson.

Avista and Hydro One call off the wedding; merger won't be happening

Avista being sold to Canadian company Hydro One for $5.3 billion