A History of Horrors

With recent events some thought were beneath our country,

we're rightly seeing calls to reexamine our nation's past to make sense of the ugliness of the present. After all, "Those who cannot remember the past are condemned to repeat it." But which versions of history we pay attention to will shape our future. It is time to fully wake up to the long, ugly legacy of white supremacy in America by relearning our history from the perspectives of the people who have been most exploited by it.
click to enlarge 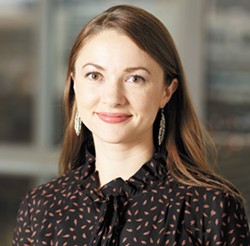 I used to sympathize with the disbelief many express when they hear about the hate being perpetrated, defended, ignored, and/or dismissed all around us. Doesn't shock show that our hearts are in the right place, and our society has succeeded in creating social inclusion? Far from it. This kind of naïve Pollyannaism only absolves us of our responsibility to get to the root of what has allowed white nationalist groups to mobilize yet again. It's hand-wringing at best, and contributes nothing to the deep, systemic change we need to start building a just future.

Part of this task is to understand our nation's "logic" of settlerism, imperialism and colonialism. What does this even mean? First, some definitions: Settlerism is the idea that one who can take land is the most deserving of it, and romanticizes such acts as "the pursuit of a better life." Imperialism is when a nation seeks to control and exert influence over countries that are not immediately under its rule, and colonialism is the practice of using settlers to achieve such imperial ends. In America, all of these practices are rooted in assumptions of white supremacy. We know our country was founded as a "white nation," yet we don't really understand how it continues to function like this today.

Most of us don't want to see our government's ongoing colonial and imperialistic practices for what they are. We are morally implicated in their consequences to the degree that we enact and benefit from them. We are raised on more forgiving stories about the causes of historic events. Wasn't the New Deal about working together to rebuild our devastated economy? Never mind the insidious "side effects" of these policies on certain communities of color. Wasn't World War II about fighting fascism? A critical study of events can paint a very different picture of when and why various developments took place. We know that Japanese Americans were wrongfully interned within our borders, but we don't hear about how many were then coerced into a segregated regiment that was subjected to extra-lethal combat around the globe. Not to mention the treatment of black soldiers, or the forced participation of the Puerto Rican people in America's war at the time.

Relearning our history from the voices of the systematically ignored is not easy, or fun. But on the other side of awareness is the possibility of a better tomorrow. Your curiosity, honesty and resulting consciousness is our only hope.♦

Mariah McKay is a fourth-generation daughter of Spokane and a community organizer campaigning for racial, social and economic justice. She has worked in biotech and government and currently serves as a public health advocate.