A Hubbub of Hopefuls 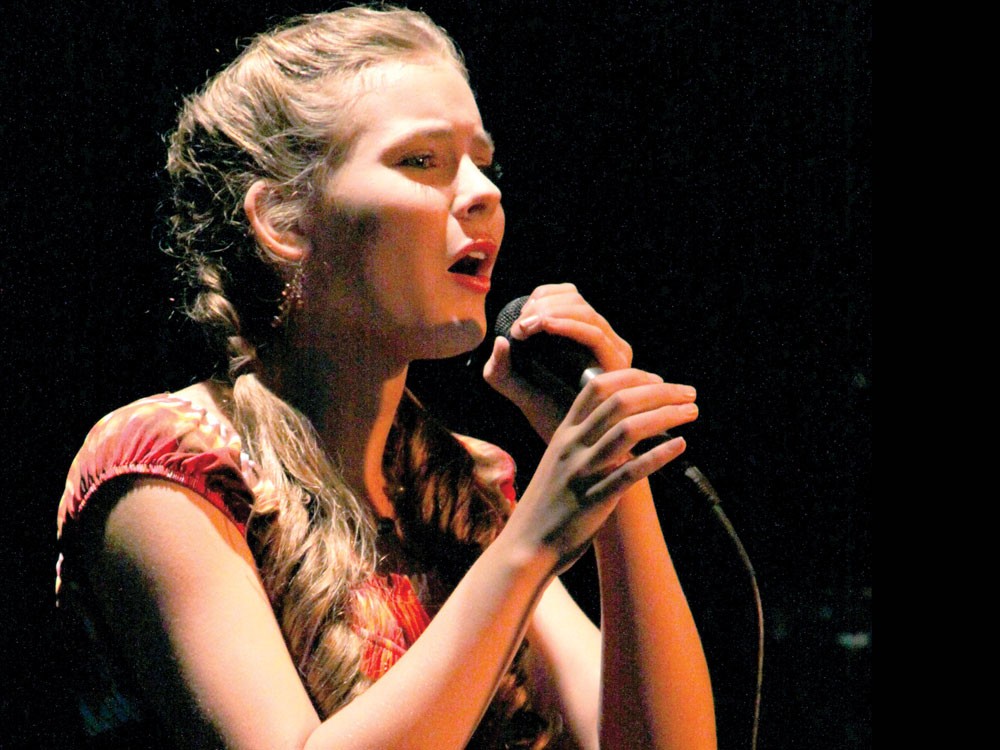 It was too damn hot for a talent show. The Empyrean felt like a sauna. And with each pizza baked and latte steamed, the temperature rose another agonizing degree.

Nevertheless, Red Eye Promotions, a local marketing group, was determined to show that Spokane has, in fact, got talent. The second annual show will assemble the top 20 acts — discovered at auditions like the one last Saturday — who will perform for a celebrity panel. The winner receives an all-expenses-paid trip to the America’s Got Talent auditions, a Red Eye Promotions marketing package, a recording session and $3,000 worth of prizes.

Quite the swag for these Spokane hopefuls.

And thanks to the unusual crowd of contestants and their selective audiences, audition nights were entertaining, to say the least.

The first act on Saturday was the epitome of open-mic-night-coffee-shop performer. The 20-something-male contestant wore a plaid shirt and played an original tune from behind his acoustic guitar. It was nearly flawless, dotted with pleasant vocals. But it fell flat. Was he talented? Yes. Was it entertaining? Not really.

Act Two. The second performer unexpectedly had the vocals of Bradley Nowell, lead singer of Sublime. Unlike so many of the others, this aging performer was almost too comfortable onstage with his acoustic guitar and sappy love song. He could play. He could sing, and he knew it. This guy probably has a CD floating around Spokane already.

Next, a red-headed man bravely sang a Hootie and the Blowfish song — a cappella. The performance could have succeeded in a karaoke competition, but it left an unpleasant note in the audience’s ear.

These acts — the songs and routines — are the culmination of sleepless nights. Moments the contestants anticipated for weeks, maybe months or years — all in hopes that this would be their day.

But like American Idol, So You Think You Can Dance and other talent competitions, the audience is often left staring, cringing at a contestant who can’t actually perform.

This slew of magicians, comedians, Dave Matthews-wannabes and 13-year-old girls who have been in theater lessons since they were six — they’ve all got something. Would it stand up on a bigger stage? Maybe not.

But you’ve got to applaud their courage, standing up there alone for all of us to judge. It may not always be talent on display, but it’s something.