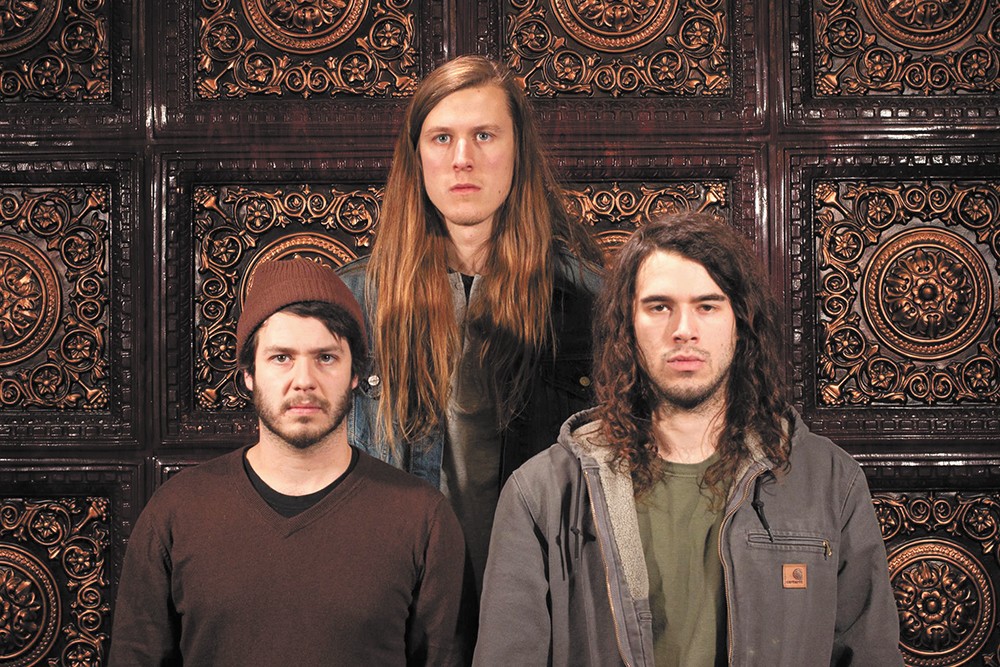 Elder comes to Spokane for the first time next week.

To hear the difference between Elder four years ago and Elder today,

listen to the first 10 seconds of their two most recent albums.

Dead Roots Stirring, from 2011, opens with the familiar hum of an amplifier before launching into one deep, distorted note, repeated on an electric guitar about four dozen times in a row. It is eternal-riff stoner rock stripped down to its very essence.

The beginning of Lore, released earlier this year, doesn't even sound like the same band. Here, twin guitars dance in harmony around a mind-bendingly complicated and hyper-melodic lick before giving way to a crush of six-stringed fuzz. This portends not just an album full of heavy psych rock, but one of the very best such albums of the year.

Both Lore and Dead Roots Stirring were written, recorded and released by Elder, a Massachusetts trio whose members — Nick DiSalvo, Jack Donovan and Matt Couto — have either known each other for a long time, or they were created in a lab for the sole purpose of cranking out an ambitious, anvil-heavy amalgam of note-perfect prog-rock, psych-metal, melodic doom and stony sludge. Lore, in particular, is glorious.

That's by design. That's how Elder does things. DiSalvo — the guitarist/vocalist from a non-musical family and a "white bread" small town — says he and his mates have bristled against the stoner rock label for the decade they've been together because of the implication that those kinds of bands get high, get in a room and get to riffing.

"(Building songs) is a very pen-to-the-paper, 'Work out exactly what we're going to do and how to execute it' thing for us," he says. "There's almost nothing that's created out of jamming for us. Almost all of it is created through very heavy-handed revision and editing our songs. It's like, if you're gonna do a 15-minute song, it'd better be cohesive. You better be able to pull it off."

Each of the five songs on Lore stretch past the nine-minute mark, with the title track clocking in just under 16 minutes. Still, it's a thrilling album that never feels overbearing; dark and densely packed, it's imbued with enough melodic ideas and nimble playing to let light shine through. The result is disarmingly accessible for such a labyrinthine roar.

"When you have the technology, it's easy to just record one thing and layer another thing on top of it," DiSalvo says. "It almost becomes like a neurotic thing, like how much can you pack into this and still pull it off live."

Speaking of live, Tuesday marks Elder's first time in Spokane, and a sort of launch point for their first trip across America's middle section (despite the fact that they've toured Europe three times, and just returned from Australia).