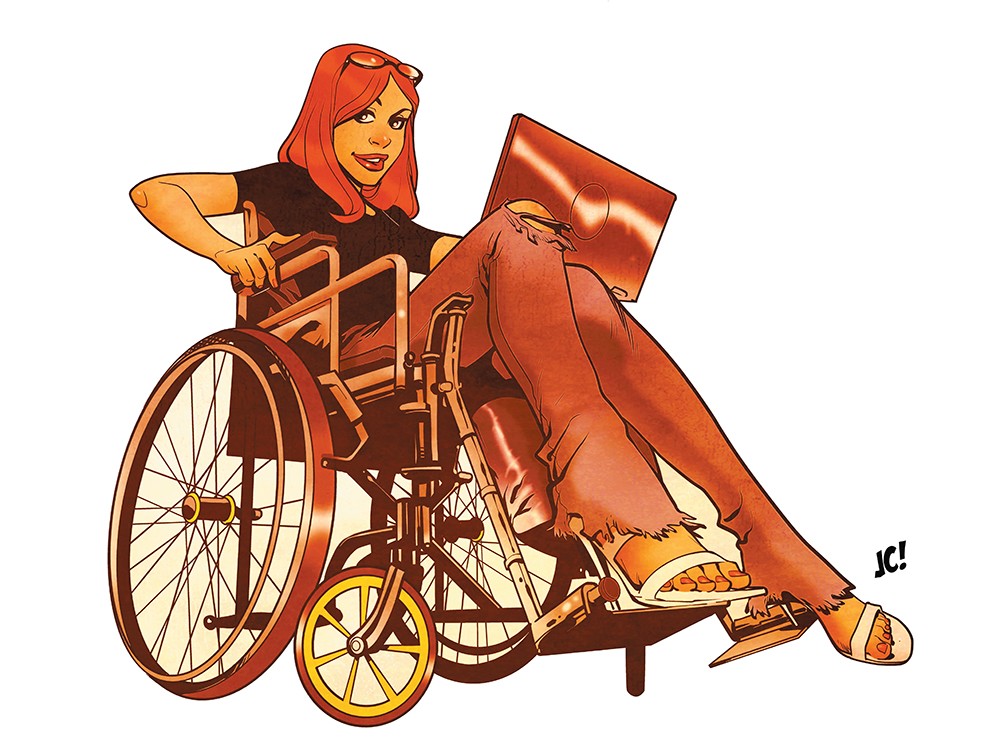 Joshua Covey needs to look no further than his 3-year-old son to know that comic books have truly become his life.

oshua Covey needs to look no further than his 3-year-old son to know that comic books have truly become his life.

All day long, his son plays with comic hero action figures. He runs around the house with a towel tied around his neck. And when Covey’s son watches his favorite movie, X-Men, he only will do it while wearing black-rimmed glasses like the character Cyclops.

Covey, 28, smiles when he talks about his kids enjoying comic books. As a professional comic book artist, perhaps the biggest compliment is for his own kids to think their dad is cool.

“My daughter … is about to start first grade at the end of the year. And she had a school project where she got to interview one of the people from her family and asked them how they made their money and where they worked. It was cool because I got to put together the project with her. We got to use pages from the comics I drew,” says Covey.

“It’s those things you see when you’re a kid and you think, ‘Man, I just wish I could do that when I get older. And I’m finally getting to experience that,” he says.

In the past two years, the Hayden, Idaho, artist went from exhausted construction worker to a successful, full-time comic book artist, penning covers for big-time titles like Adventure Time, Avengers spinoff Steed and Mrs. Peel and ongoing series Freelancers. He joins a stable of Inland Northwest comic book artists — from The Spider creator Colton Worley to the Catbeard the Pirate webcomic creator Matt Nelson — who are making waves in the comic world with their art.

After years of working in construction to support his family, Covey says that one day he realized he wanted to seriously pursue comic art as a career. Comics was something he’d always loved — from his days as a young kid shopping at Spokane’s Comic Book Shop.

So Covey started hitting the comic convention circuit, toting his portfolio full of sketches and waiting in long lines for publishers and artists to critique his work. It wasn’t long ago, he says, when he waited at California’s WonderCon for three hours to get Ross Richie, the founder of comic publisher Boom! Studios, to review his portfolio — chasing him down a hallway and practically begging for him to look at his work.

That review led to some of Covey’s biggest comic work — and eventually allowed him to ditch construction altogether and make comics full-time.

Now, almost over night, he’s the guy people at conventions are begging for portfolio reviews.

“I had people come to me and actually ask for me by name and ask for my signature and that kind of stuff,” he says. “I mean, it’s really humbling. You really get taken back by it because there are these people that actually seek you out now.”

“I feel like somebody’s gonna pinch me one day.”