Torture architects Mitchell and Jessen get sued; plus, the Spokane City Council gets feisty 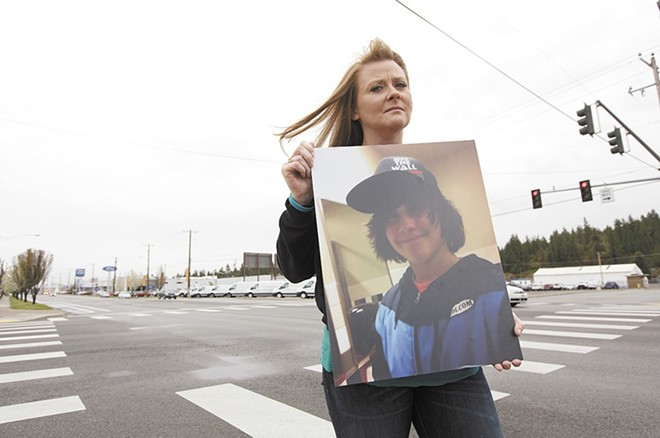 Young Kwak
The investigation that cleared a Spokane sheriff's deputy in the death of teen Ryan Holyk is being questioned.

When the CIA wanted psychologists to help them create an "enhanced interrogation" program after 9/11, they turned to two psychologists in Spokane. James Mitchell and Bruce Jessen have since become infamous — blamed by human rights activists for assisting the government in developing a slew of different torture techniques.

On Tuesday, the ACLU announced it was suing the pair in a U.S. district court in the Eastern District of Washington on behalf of "TORTURE SURVIVORS" Suleiman Abdullah Salim and Mohamed Ahmed Ben Soud, and on behalf of the family of Gul Rahman.

Subjected to CIA interrogation at a "black site" in Afghanistan, Rahman died of hypothermia, the ACLU claims, in part because he was forced to sit on a bare concrete floor without pants. In the suit, the ACLU asked for more than $75,000 in compensatory damages, additional punitive and exemplary damages, and a jury trial.

"The terrible torture I suffered at the hands of the CIA still haunts me," Salim says in a press release. "This lawsuit is about achieving justice. No person should ever have to endure the horrors that these two men inflicted."

Mitchell, who allegedly waterboarded Al-Qaeda mastermind Khalid Sheikh Mohammed, pushed back against his critics in a 2014 Guardian interview. "You can't ask someone to put their life on the line and think and make a decision without the benefit of hindsight, and then eviscerate them in the press 10 years later," Mitchell said. (DANIEL WALTERS)

Things got a little awkward at Monday night's Spokane City Council meeting when the council took a stand against a statewide ballot initiative being co-sponsored by one of its own members.

Councilman Mike Fagan is a co-sponsor, along with initiative guru Tim Eyman, of INITIATIVE 1366, which will appear on the November ballot. If it passes, it will cut the state sales tax from 6.5 percent to 5.5 percent, resulting in $8 billion less in revenue over the next six years. That scenario, under the initiative, can be avoided if lawmakers approve a constitutional amendment requiring a two-thirds vote to raise taxes.

Councilwoman Amber Waldref sponsored the resolution opposing the initiative, which she said could jeopardize Spokane's expected medical school, result in tuition hikes at colleges and cause reductions to social services and health programs.

"[Initiative] 1366 is like a loaded financial gun at the head of the average Washingtonian," said Councilman Jon Snyder.

Fagan responded by saying that there is broad support in the state for the idea that it should be harder for the legislature to raise taxes. As a citizen activist for the past 16 years, Fagan says he was convinced that this was the only way to stop future tax increases.

But despite his protests, the council passed the resolution 5-0; Fagan abstained and Councilman Mike Allen was absent. (JAKE THOMAS)

When the Spokane County Sheriff's Citizens Advisory Board met last month, they agreed to examine the investigation that cleared a deputy of criminal charges in the death of Spokane Valley teen RYAN HOLYK. The 19-member group also promised increased transparency after a petition called for independent oversight of the Sheriff's Office. The advisory board, Sheriff Ozzie Knezovich has said, already provides that.

But when the group gathered for its monthly meeting earlier this week, the media and citizen observers were met with an agenda that indicated the Holyk case would be discussed in executive session.

"My biggest problem is this is being made out to be a transparent thing when it isn't," says Rob Lee, who created the petition for more oversight. Lee has been critical of the Sheriff's Office ever since his son sat in solitary confinement in the county jail without his medication.

Knezovich says the board went into executive session because its members were receiving materials and instructions regarding the Holyk investigation, which is currently in the middle of a lawsuit. Members were given two binders full of material that included reports by Washington State Patrol and the Spokane Investigative Regional Response Team. (MITCH RYALS)

Spokane Commissioner Al French, who's fought like hell against district-only general elections, is down big in the district-only primary

Snow starts dumping on Spokane, council finalists winnowed down to final seven, and other headlines