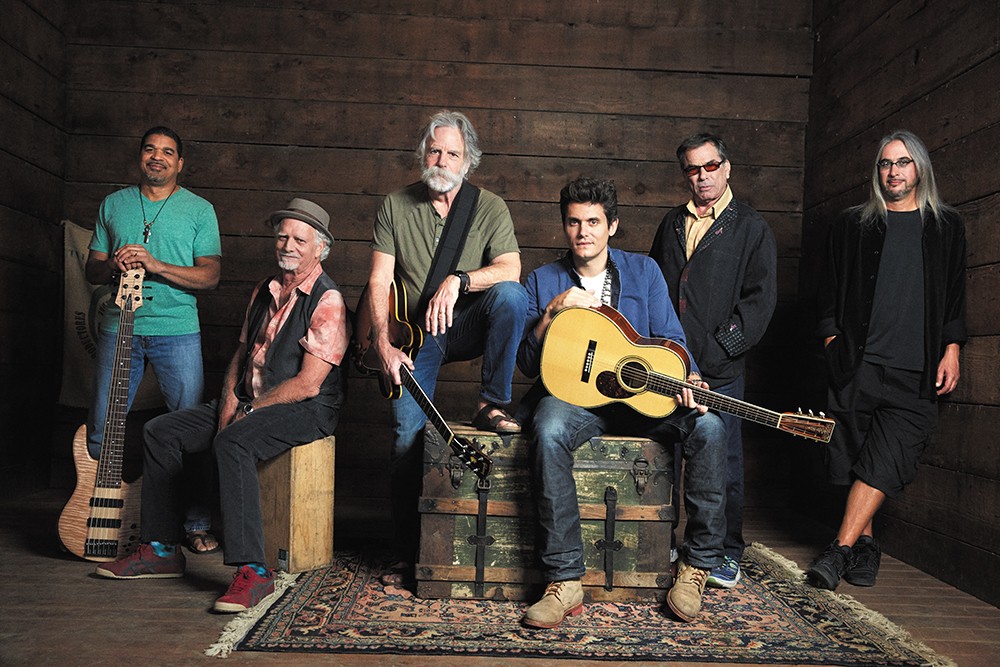 We're hurtling headlong into festival season, when all any self-respecting music fanatic wants to do is hang outside, get a buzz going and watch a bunch of great artists all in one place. There have been a few festival casualties in the Inland Northwest in the last few years, with long-standing annual events like Sasquatch! and Elkfest disappearing, but there are still plenty of options to scratch that itch.

Here's a brief rundown of some upcoming festivals and outdoor concerts that should interest any weed enthusiast. Of course, we don't condone imbibing in public, but surely these events would be a whole lot more fun if you do it beforehand.

The Grateful Dead were as famous for their fandom, with Deadheads following the band around the country for weeks at a time, as they were for their improvisational jams. This new project is something of a reunion, with original Dead members Bob Weir, Mickey Hart and Bill Kreutzmann in the lineup, alongside platinum-selling guitarist (and Grateful Dead disciple) John Mayer. gorgeamphitheatre.net

The following weekend, the Gorge goes from rootsy, jammy psych-rock to something far less analog, but no less psychedelic. Paradiso is one of the biggest EDM festivals in the country, and dozens of DJs, producers and electronic musicians hit George every year to drop the bass on an almost-always sold-out crowd. This year's biggest gets include Skrillex, Kaskade and 1788-L. paradisofestival.com

You're reading this magazine — do I really need to explain to you why Snoop's on this list? He's got so many roles — actor, game show host, cooking show host, entrepreneur, producer and label owner — that it's easy to forget that he still performs. The rap icon is hitting Northern Quest's snazzy outdoor stage with Warren G, another West Coast mainstay. There won't be a non-bloodshot eye in the house. northernquest.com

Seattle has its fair share of music events, no doubt. But this annual summertime shindig is one of the city's best and most reliable, though it's smaller in scope than the grandaddy that is Bumbershoot (Aug. 30-Sept. 1) and highlights beloved artists alongside up-and-comers. This year's trio of headliners is RL Grime, Lizzo and Phantogram, and the deeper lineup features such critical favorites as Mitski, Yves Tumor and Jungle. capitolhillblockparty.com ♦