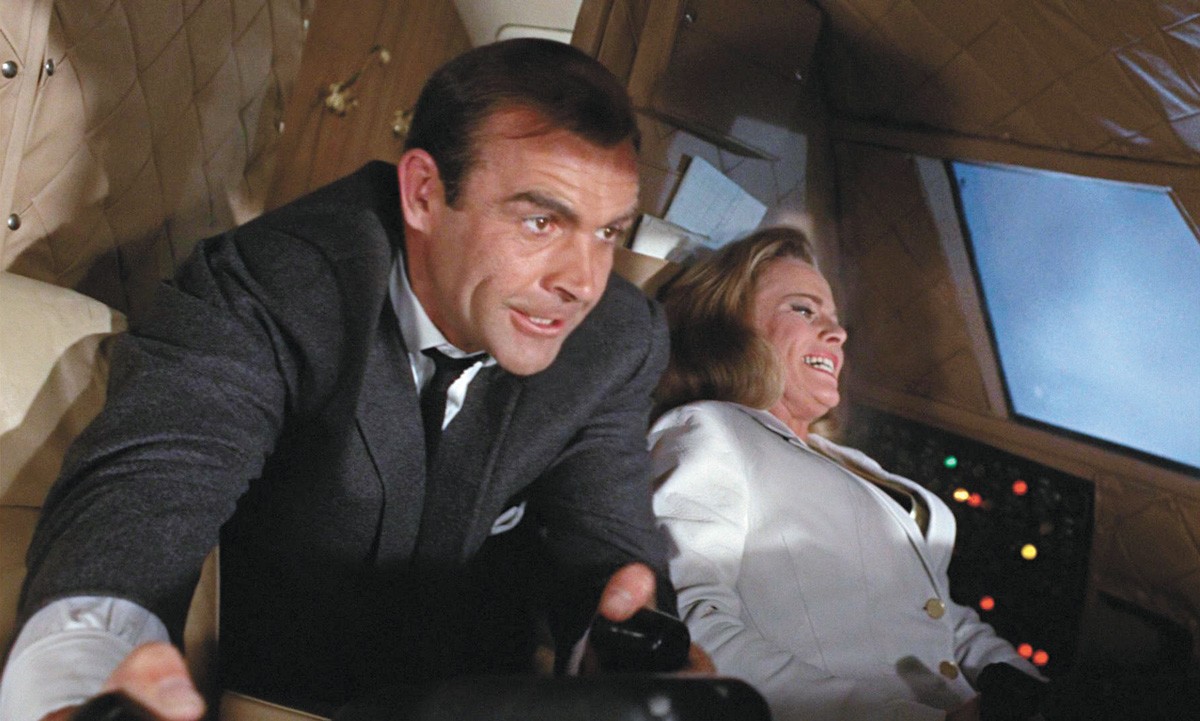 Goldfinger is considered one of the best Bond flicks by fans, with good reason.

When Sir Sean Connery died recently at 90, most obituaries led with a single immutable fact: He was James Bond.

Of course, were you to erase the Bond series from Connery's filmography, he'd still have a pretty sterling résumé. He worked with legendary directors like Alfred Hitchcock (1964's Marnie) and John Huston (1975's The Man Who Would Be King), and was the stoic, steady hand in action hits like The Hunt for Red October (1990) and The Rock (1996). He appeared in cult favorites like Time Bandits (1981), Highlander (1986) and the truly batshit Zardoz (1974). He won an Oscar for his work as a renegade cop in Brian De Palma's The Untouchables (1987). Oh, and he was Indiana Jones' dad.

But he may not have secured those roles if it weren't for Bond, and to many, he is the James Bond: He originated the role and laid the groundwork that all subsequent 007s either followed or deliberately deviated from. Here's a rundown of Connery's seven appearances as 007, from the iconic to the forgettable.

DR. NO (1962)
The mission: We're introduced to cinema's greatest secret agent, created by novelist Ian Fleming, as he travels to Jamaica to hunt for a fellow agent gone missing. Bond ends up in the metal hands of the devious Dr. No, a supervillain hoping to spark a war between the U.S. and the U.S.S.R. at the behest of criminal enterprise S.P.E.C.T.R.E. (that's Special Executive for Counter-intelligence, Terrorism, Revenge and Extortion, in case you were wondering).

Is it any good? It's a bit too talky and leisurely paced, and takes way too long to get to Dr. No himself. But what's most fascinating nearly 60 years later is witnessing the origins of so many of the series' signposts: the stylish opening credits, the gun barrel sequence, the exotic locales and the Bond girls. It's rare enough for a franchise to last this long, but even rarer that scenes and images from the very first entry would still be traditions after all these decades. 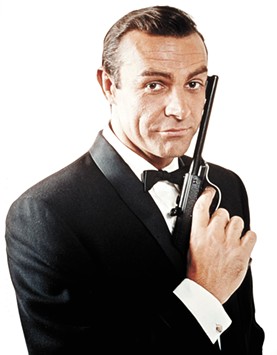 Sean Connery was never more dapper than in From Russia With Love.

FROM RUSSIA WITH LOVE (1963)
The mission: S.P.E.C.T.R.E. is back, and this time they're trying to stop Bond from intercepting a Russian encryption device they want for themselves.

The theme song: Here is the first true Bond opening titles sequence, with the oft-imitated imagery of the credits being projected on the bodies of gyrating dancers.

Is it any good? A lot of Bond fans consider this the true peak of the series, and it's certainly one of the best of the Connery joints. The great Robert Shaw is an imposing presence as the assassin Donald "Red" Grant — his famous fight with Bond aboard a train was even heavily referenced in 2015's Spectre. Watching Russia 20-some Bond films later, it's pretty clear why so many people would be swept up in this series.

GOLDFINGER (1964)
The mission: The eccentric billionaire Auric Goldfinger has a plan to infiltrate Fort Knox and obliterate most of the world's economy, thereby making him the world's richest man by default. James Bond will have none of that.

The theme song: "Goldfinger" is one of the all-time great Bond songs, with Shirley Bassey's powerhouse vocals and John Barry's sultry horn section setting the bombastic standard for all title tunes to come.

Is it any good? Here's where the Bond formula as we know it really takes off. Goldfinger is tightly paced and filled with inventive action filmmaking, and it features a number of its most famous signposts — the gold-painted woman, the laser beam torture device, Pussy Galore, the killer bowler hat. It's arguably the best of the Connery outings, and certainly in the upper echelon of the entire series.

THUNDERBALL (1965)
The mission: Those pesky S.P.E.C.T.R.E. guys are at it again, and this time they're holding some stolen nuclear warheads for a ransom. It ends with a fight to the death off the coast of the Bahamas, on a boat called the Disco Volante — so exotic!

The theme song: Featuring Tom Jones at his Tom Jones-iest, "Thunderball" sums up the glorious excess and cornball machismo of its era.

Is it any good? The quality takes a noticeable dip, as even apologists would admit. It's also where the series' campiness really takes hold, from Bond zipping about with a jetpack to having a showdown with a shark, a development that would inspire some of the sillier (and worst) Bond entries.

YOU ONLY LIVE TWICE (1967)
The mission: American and Soviet astronauts have gone missing on separate intergalactic missions. So Bond goes to Japan to figure out what's up, at one point trying to blend in by having his skin and hair dyed to look more Japanese. Yikes! We're also officially introduced to legendary, cat-stroking Bond supervillain Ernst Blofeld, the mastermind behind S.P.E.C.T.R.E.

The theme song: This features one of the better tunes from this era, sung by Nancy Sinatra.

Is it any good? If this had been Connery's Bond swan song as originally intended, it would have been an OK one (save for all the casual racism). It's worth a look for an aerial fight scene that's equal parts silly and exciting, and all its martial arts, and for all the scenes and images that would be directly parodied in the first Austin Powers film. Weird fact: The screenplay was written by noted childrens' novelist (and known racist) Roald Dahl.

DIAMONDS ARE FOREVER (1971)
The mission: Bond gets groovy in Las Vegas on the hunt for some smuggled African diamonds, a plotline that's pretty much forgotten when he discovers a self-cloning Blofeld is building a civilization-destroying laser beam.

The theme song: The theme song attempts to recapture former glory as Shirley Bassey returns, and though it's a perfectly good song, it's second-tier compared to her work on Goldfinger.

Is it any good? One of Connery's worst Bond films. Save for a decent car chase on the Vegas Strip, this has almost none of the memorable action set pieces or outrageous villains (Blofeld's henchmen look like they wandered over from an Allman Brothers show) we expect.

NEVER SAY NEVER AGAIN (1983)
The mission: Connery's return to the 007 game is a loose reworking of Thunderball, with S.P.E.C.T.R.E. back at it and playing around with nuclear warheads. Signs that it was made in the '80s: Bond plays an arcade game and Bond girl Kim Basinger does aerobics.

The theme song: Performed by Lani Hall, best known for her collaborations with Sergio Mendes and husband Herb Alpert, it's a totally forgettable, syrupy ballad.

Is it any good? Connery returned to his most definitive character after a 12-year hiatus in a film produced outside the auspices of original production company Eon. The movie is actually the result of a lawsuit between former Bond co-producers, and it's still kinda fun, a winking throwback that's also clearly throwing a side eye at the arthritic stylings of then-Bond Roger Moore. It's a solid 20 minutes too long, but worth a look. ♦

The original print version of this article was headlined "Premium Bond"

Jack Powell shows how to become a profitable tribute artist, and he's here to share the secrets