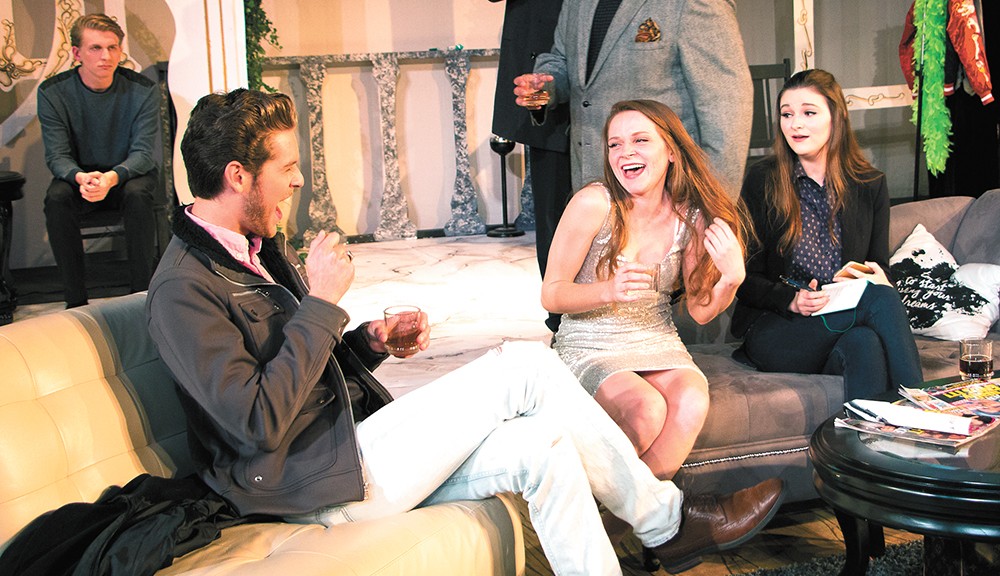 Milton Harper photo
FROM LEFT: Eli Drushella as Alceste, Jacque Swanson as Jennifer and Jennifer Tindall as Ellen in Misanthrope.

under Louis XIV, Molière's The Misanthrope has lost little of its bite over the past 350 years. Wherever people gather, it seems, they will create hierarchies and circles of power and influence, artificial structures they must then negotiate with varying degrees of conformity, fawning and self-serving insincerity. It doesn't matter whether they're in the court of the Sun King, the White House of Donald Trump or an office boardroom closer to home.

That agelessness gives the play a certain adaptability, a quality that playwright Martin Crimp spotted back in 1996 and turned to his own purposes. His since-updated version, now in a short run at Spokane Falls Community College directed by Josephine Keefe, is close enough to Molière's original that it still bears the same title, but it's been transported to present-day London, had its script heavily reworked to incorporate both highbrow and contemporary pop-cultural references, and seen its dramatis personæ renamed and reassigned. Alceste remains at the center of things, only now he's pining for Hollywood actress Jennifer (formerly the courtly flirt Célimène), indignant theater critic Covington (nobleman and poetaster Oronte) and counseled by John (Philinte).

As an homage to the original, Crimp's version works. The transplant to London and the media/showbiz milieu allows him to make passing digs at overhyped artists and smarmy politicians while also engaging in lighthearted (but gimmicky) meta-theatrical moments, such as the period costume party in the final act. Despite revamping the dialogue, he's retained the couplet scheme found in Molière's original as well as the oft-performed Richard Wilbur translation. Though not always graceful, Crimp's rhymes are at least consistently amusing.

On the whole, the young cast of this production has a tendency to speed through lines, transforming what should be swift, snappy dialogue into a torrent. That lack of enunciation robs some of the witticisms of their punch; but to be fair, all but one of the actors have the challenge of affecting English accents, and unusually passable ones at that.

Eli Drushella is a temperamental Alceste who overinterprets some of the rashness written into his role. That has the effect of making Alceste a less sympathetic figure than he ought to be — provided you subscribe to the idea that the "misanthrope" should be the one talking the most sense, difficult as he finds it to practice what he preaches where Jennifer is concerned. Jacque Swanson's Jennifer is confident, sharp-tongued and suitably self-obsessed. As the only "American" among the group, Swanson maintains a steadier, more natural delivery, but some of the rhymes get de-emphasized as a result. Both Dennis Burgess (as Julian) and Rebecca Craven (Marcia) are noteworthy for their sharply defined supporting characters.

An abstract backdrop of overlapping picture frames, maids and butlers who carry out prop changes to lightly choreographed dance routines, and an incidental soundtrack that includes Neutral Milk Hotel and The Postal Service round out this entertaining, modern Misanthrope. What it loses in universality it gains in topicality. ♦