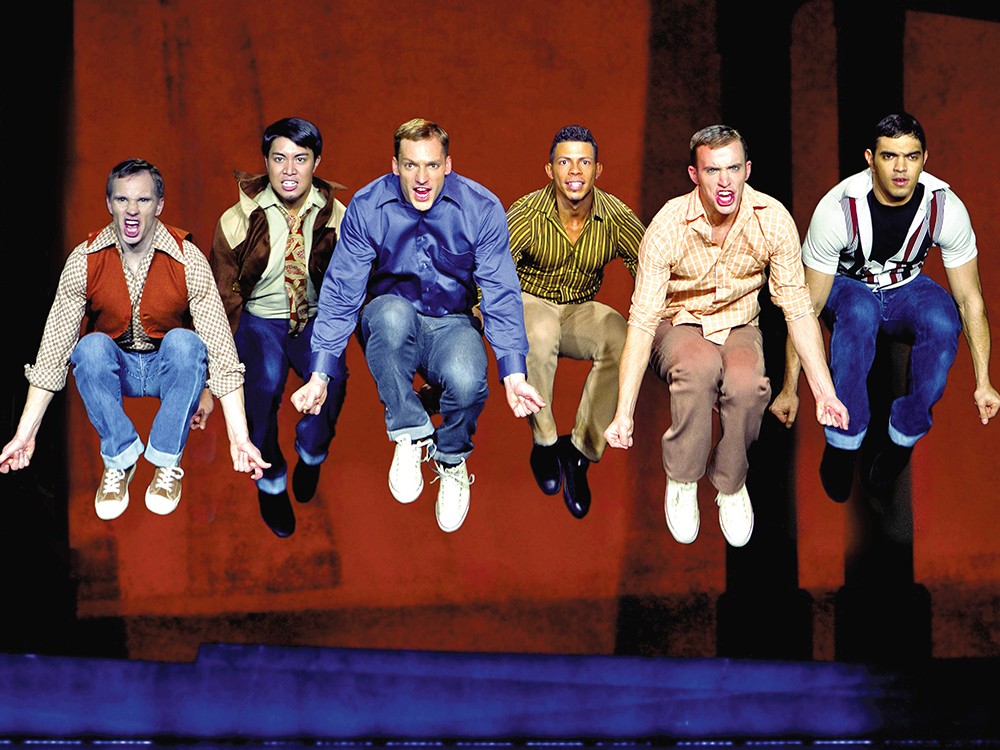 The version of West Side Story coming to Spokane next week isn\'t your grandpa\'s musical.

In 2008, West Side Story — a musical that had jetéd out of a collaboration by artistic heavyweights Jerome Robbins, Arthur Laurents, Leonard Bernstein and Stephen Sondheim some 50 years earlier — got an update.

Lin-Manuel Miranda (creator of In the Heights, another Tony Award-winning hit) was recruited to translate portions of the English libretto into Spanish, giving the musical’s Puerto Rican characters what you might consider their true voice. Those revisions instantly imbued the tale of doomed romance and the self-perpetuating violence of inner-city gangs with a cultural authenticity that the original lacked.

Guy Mandia Jr., plays Action, leader of the Jets gang, in the current touring production of West Side Story. He says that the revival is “more dark and gritty” than the 1957 Broadway version, because that’s how director Laurents, who died mere months after the production closed in 2011, saw the world today.

“The lights, the acting and the singing — it’s much more realistic. For instance, in the 1957 version, the Jets’ song was a very choreographed number with movements for every lyric, but in this version it’s basically just the Jets staring off into the audience trying to claim their turf,” Mandia says. He’s even gotten wind of audience members saying they’ve been “frightened” while watching the current production.

“There are such strong personalities onstage. Sometimes they catch people’s eyes and it can be very nerve-wracking,” he says.

That sense of unpredictability and danger is what gives the revival its edge compared to its fairly white-bread predecessor. “The thing that makes this show so gritty is the stillness. You see these dancers flying across the stage, doing some amazing stunts, but as soon as we’re done dancing and we’re in the middle of a scene, there’s absolutely no movement. I think the way we do it is quite incredible,” says Mandia.

Mandia is in the rare position of speaking from the vantage of both actor and audience. When he sustained a foot injury, he had to sit out of West Side Story for a week. “I would watch the show and think about how amazing it was just to see these strong, talented people standing on the stage — just watching them stare at each other. They look like real people on the street and not ballet dancers acting like gang members.”

West Side Story’s costumes have also been freshened up. Of all the changes, though, the translation will be the most obvious one to audiences, and perhaps the one that makes the most sense.

“I think it’s incredible to hear the bilingual dialogue onstage,” says Mandia. “And it’s very important to the show, because you wouldn’t have a bunch of Puerto Ricans come to America and not use their language, which is what they did in the film and the original Broadway show. Having the bilingual dialogue shows the culture they’re still holding on to.”

Even sensible alterations, however slight, might upset theatergoers with a more preservationist view of the arts. But it’s easy to forget that West Side Story is itself an update of sorts. The musical takes the events of Shakespeare’s Romeo and Juliet and transports them into a stylized modern setting. And the 1961 film adaptation of West Side Story, which walked away with 10 Oscars, came with its own changes.

The most essential quality that the 1957 and 2009 versions share is their message. And it isn’t the usual bromidic, vaguely uplifting kind, but rather a warning: “Love cannot survive in a world of bigotry and hate,” Mandia says, quoting Laurents by way of touring director David Saint. “You have this story of Tony and Maria falling in love, and it’s nearly impossible for them to do so because they’re of different races, and the opposing gangs are out for blood. The show is important to see for that reason, just to step outside of the world we’re living in and observe that world onstage.” 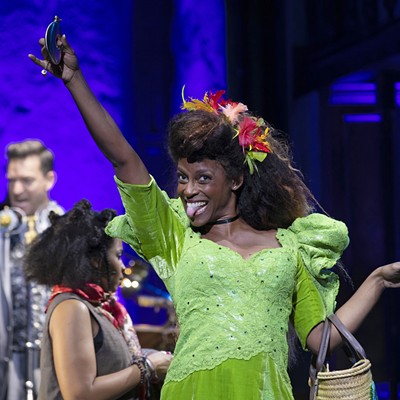