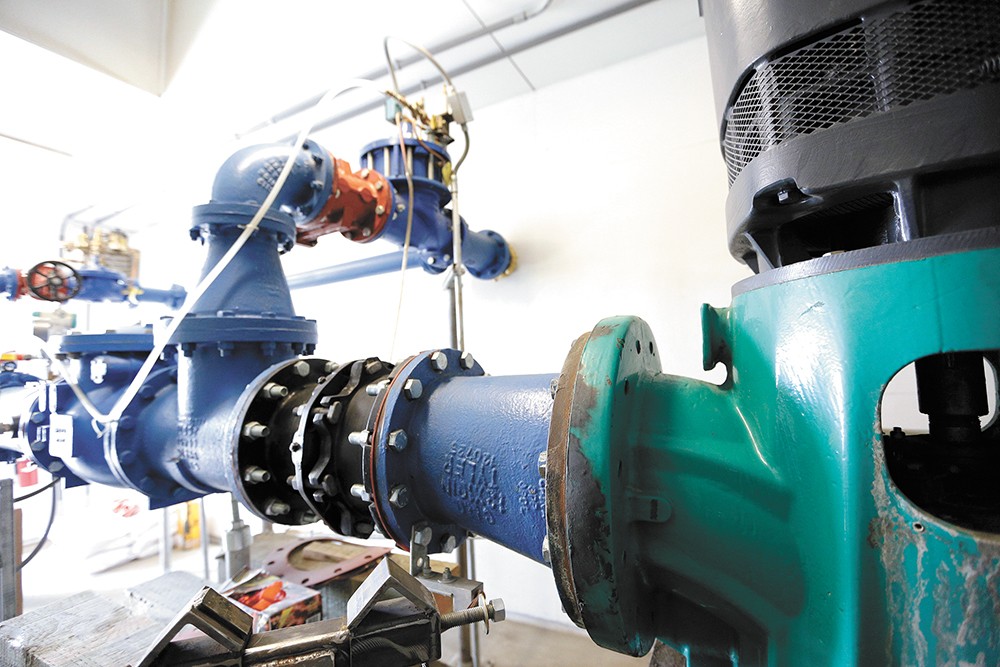 Airway Heights continues to get water from the city of Spokane.

Youth who have been involved in both the FOSTER CARE AND JUVENILE JUSTICE system have higher rates of mental health illness and substance use disorder than kids who weren't in foster care, according to a new state report.

The research, released recently by the Washington State Institute for Public Policy, sheds light on the unique challenges facing youth in child welfare. Kids who have been incarcerated may be more likely to have undesirable outcomes, but those impacts were significantly magnified when those kids were at one point involved in the foster care system.

"The size of the difference was stunning," says Marna Miller, a senior researcher with the institute.

While the report examines outcomes for both boys and girls, the state Legislature directed the institute to compile the report to specifically look at the needs of dually involved girls and to survey whether other states had protocols to serve them. The researchers found that when compared to boys, previously incarcerated girls who were in foster care were more likely to receive outpatient treatment for mental health or substance use, but less likely to be sentenced to adult prison.

Miller says she thinks the report will influence the Legislature to act.

"I suspect it will influence policy," Miller says. "Some of the big takeaways were the high rates of mental illness and substance abuse in dual populations, so focusing more on better treatment for those kids might be helpful." (WILSON CRISCIONE)

The ENVIRONMENTAL PROTECTION AGENCY is giving Washington more than $52 million in grants for drinking water and wastewater treatment projects throughout the state, which will be partially matched with state funding and given to projects as below-market rate loans.

Of the drinking water projects targeted to start in 2020, there's a little more than $3 million earmarked for the city of Spokane to build a 4.5-million-gallon reservoir to continue providing drinking water to Airway Heights.

Since water there was found to be contaminated with PFAS chemicals, which are persistent in the environment and believed to cause health issues in people in very low quantities, Airway Heights has been getting water to its citizens with help from Spokane.

The reservoir is expected to help maintain reliability even more, as Airway Heights continue to figure out a long-term solution with the Air Force, which is the likely source of the contamination.

Among several other projects that were approved, the town of Cusick, in Pend Oreille County, also will receive $660,000 to upgrade its surface water treatment plant. (SAMANTHA WOHLFEIL)

On Monday night, the Spokane City Council voted to do just that, opening up approximately $7 million to support AFFORDABLE HOUSING units. The decision was praised by the Landlord Association of the Inland Northwest. "We're struggling with the housing crisis, and it's hard oftentimes to separate the need to attack the symptoms and the cause," Landlord Association President Steve Corker says. "This is an example of a program which attacks the causes and provides resources for the community."

Corker says the association supported "working with council members to come up with constructive solutions that don't exacerbate the problem." The association has tried to discourage the City Council from fighting the housing crisis with tenant protections that restrict landlords.

Outgoing City Council President Ben Stuckart says that right now, local housing providers are seeing financing holes of about $40,000-$50,000 a unit — and if the city partners with other local governments like Spokane County and Spokane Valley, they'd have as much as $20 million to help construct needed housing.

"What we're not building in our community, is we're not seeing any low-income housing built specifically for seniors, and they're getting displaced," Stuckart says. (DANIEL WALTERS) ♦

How the tariff fight could hurt Washington state