Tina Pinedo photo
Clarinda Academy, a foster care institution in Iowa, is located on the grounds of a state prison.

Kathie Nguyen was told it was her choice. If she wanted, Kathie, a 16-year-old girl from Seattle, could go to Clarinda Academy, a foster care institution in Iowa. They said there was a pool there, she says. They said Clarinda Academy would let Kathie, who loves singing, join the choir.

Unhappy with her current foster care placement, she was excited to go to Clarinda Academy.

Until she learned the truth.

The teenager was forbidden to talk to any boys there. She couldn't use a cell phone. And she couldn't even leave the building without potentially being wrestled to the ground by staff.

Kathie is one of around 80 children who the state of Washington, lacking beds in the foster care system, has sent away to another state. Most of those kids go to Clarinda Academy or another facility run by the same for-profit company, Sequel, which operates across the country. 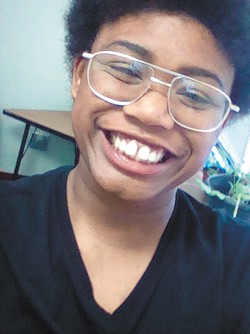 Kathie Nguyen, from Seattle, says she wants to come home. Clarinda Academy is too restrictive, she says. "You can't move," she says, "even if you raise your hand to wipe a tear."

And these facilities are far more restrictive than they could be in Washington state, which doesn't allow young people to be institutionalized for mental health treatment against their will. Now, a report released this week from Disability Rights Washington gives new insight into the prison-like conditions at Clarinda Academy that, the report says, isolate and further traumatize kids who desperately need mental health treatment.

The report found that Clarinda Academy does not offer the treatment these kids need, that it uses inappropriate physical restraint practices and that the use of these facilities may violate childrens' due process rights. Clarinda Academy did not return a message seeking comment for this article. State officials say they have reviewed the report but, as of press time, did not produce an official response to the Inlander.

"Washington's use of out-of-state facilities is creating an unacceptably heightened risk of abuse and neglect and further harm to youth who have already suffered from multiple, prolonged, or chronic traumatic events," the report says.

One foster kid, who was placed in a similar facility in Utah, wrote a letter pleading with Washington state to bring him back home.

"I know there are other kids that are out-of-state like me," the letter says. "I speak for them and me. Let us come home to Washington."

Located on the grounds of a state prison in southwest Iowa, Clarinda Academy is a residential foster care facility and school that has housed hundreds of kids between the ages of 12 and 18. It's the flagship facility of Sequel, which operates dozens of other similar facilities across the country.

Susan Kas, a staff attorney with Disability Rights Washington, says she first learned Washington was sending kids to Clarinda Academy from an Inlander cover story in April 2017 called "The Long Way Home," which told the story of a boy who ran away to Montana to be with his mother, instead of accepting his placement in Iowa.

Disability Rights Washington, a nonprofit that aims to protect the rights of people with disabilities, partnered with Disability Rights Iowa to conduct on-site visits of Clarinda. Kids who are placed there from Washington typically have experienced some kind of neglect or abuse and bounced around the foster care system for years, unable to find a home. Of the dozen or so kids from Washington at Clarinda during the DRW visit, nearly all of them discussed or alluded to experiencing abandonment or sexual or physical assault by trusted adults before coming to Iowa.

The visit revealed an extremely restrictive environment for the kids at Clarinda Academy. Students there are isolated from society and typically do not go out to eat or go shopping. They cannot have cell phones, and if they want to call friends or family, they're allotted a maximum of 20 minutes of phone call time per week.

Students reported that they were forbidden to communicate with the opposite gender. They walked around with tucked-in shirts, in a single-file line. In some dorms, students were not permitted to talk during meals, walk on the grass or lean on the walls, and they must ask staff's permission to go to the bathroom.

If a student violates one of these expected behaviors, they may be disciplined using the "seven levels of intervention." The seventh level of intervention is physical restraint. And while Clarinda Academy asserts that physical restraint is used if there is an immediate risk of harm, according to the DRW report, students report otherwise: One student reported being restrained for refusing to eat food.

Others say if they even do as much as make a movement during one of the earlier interventions, then they may be wrestled to the ground.

"You can't move," Kathie says, "even if you raise your hand to wipe a tear."

Kathie, who says she struggles with self-harm, had no recorded violent behaviors toward others before she was sent away from Washington, according to Kas. Yet from September 2017 until April 2018, Clarinda documented that she was restrained at least 10 times, Kas says. She describes how staff would lift her arms up during a restraint, "like a chicken," until it hurt so bad she would fight back before she was slammed to the floor.

"It hurt," she tells the Inlander. "It was terrible."

Also unlike Washington, Clarinda can use physical restraint if a young person escapes the facility. For example, Spokane's Excelsior Youth Center, a facility that treats foster kids, can't legally stop kids from running away. But the kids at Clarinda Academy — some of whom come from Excelsior — report that they are held against their will and get in trouble if they try to leave. That's a potential violation of their due process rights, according to DRW.

"The youth at Clarinda Academy," the DRW report says, "have enjoyed none of the protections that other Washington minors have."

Disability Rights Washington wants the state of Washington to stop sending youth to places like Clarinda Academy and other out-of-state institutions.

"To stop the harm youth are suffering," it says, "Washington must bring them home."

Gauri Goel, a psychologist and expert in complex trauma, conducted interviews and analyzed records at Clarinda Academy for the DRW report. She found that all of the children who took part in the DRW investigation had previously experienced "complex trauma including physical or sexual abuse and separations from biological and/or adoptive family members." Yet Clarinda Academy, she found, did not offer treatment that attended to their needs.

She specifically refers to the damage that can be caused by physical restraints.

The DRW report makes several other recommendations to the Washington Department of Children Youth and Families (DCYF), a new state department created this summer to handle child welfare. The report calls for the DCYF to: 1) Terminate all contracts with Clarinda Academy; 2) audit all other out-of-state placements and end contracts with noncompliant facilities; 3) conduct an internal audit of out-of-state placements; 4) ensure all kids receive visits from natural support systems in their foster placements; and 5) create a plan to put each young person in the least restrictive environment.

Debra Johnson, spokeswoman for the DCYF, says the department has already frozen all placements to Clarinda Academy. She calls ending out-of-state placements by finding other in-state options a "priority" for the new department.

Kathie, meanwhile, has since left Clarinda Academy and is currently in another facility in South Carolina called Palmetto Pee Dee Behavioral Health. In a phone interview with the Inlander, she pleads for the state of Washington to bring her back.

"They think I'm going to go back and be a monster in Washington," she says. "All I struggled with was self-harm."

She says she's overcome that and is not letting that define her anymore. She says all she wants to do is graduate school, go to college and help homeless people. She herself wants to be home.

"I want to be there. I can't spend another Christmas Day at placement," she says. "I just can't." ♦