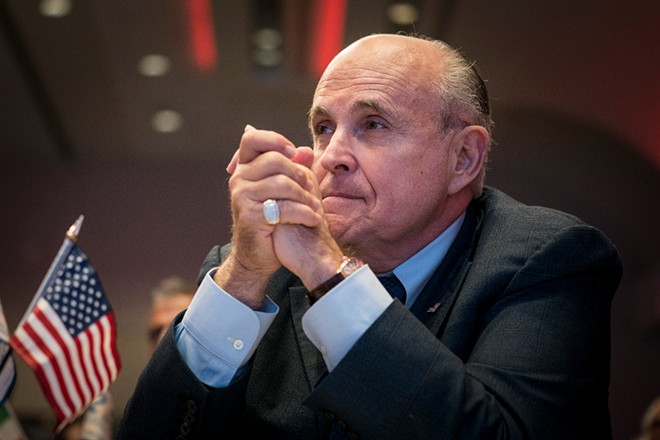 There is certainly more to come.

But the Trump camp unleashed its first October surprise last week with a Rudy Giuliani-sourced story alleging yet again that former Vice President Joe Biden and his son, Hunter, engaged in illegal activity while Hunter Biden was on the board of a Ukrainian utility.

The information behind Giuliani’s weak-tea bombshell came from a hard drive taken from a computer Hunter Biden ostensibly left at an East Coast computer repair shop.

The New York Post, which is owned by Rupert Murdoch, the media mogul who also owns Fox News, among other holdings, did little to challenge Giuliani’s story, so suspect that even Post journalists wanted no part of it, refusing to allow their bylines to be used. 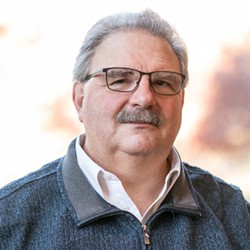 Subsequent reporting by more legitimate outlets has debunked the entire fairy tale. Reporter interviews with national security experts suggest the entire episode may be more Russian disinformation designed to affect the election. Giuliani told the New York Times over the weekend that he gave his story to the Post because he knew other news organizations “would spend all the time they could to try to contradict it before they put it out."

Substitute the phrase “fact check” for “contradict” and you have a much clearer explanation for Giuliani’s actions.

Will the Post story have any impact on an election that is just two weeks away?

Well, it has energized the president who is using the Post story to bolster his earlier Biden-is-a-crook claims and to fuel chants of “lock him up” at his rallies.

And quick polling indicates it may be having some effect in swing states where undecided voters will decide the election and who are still up for grabs.

All the debunking in the world from the legitimate press will not affect the Post story’s impact on the president’s base — in reality it will only harden their opinions.

When people see news reports that contradict their deeply held beliefs, they discount reported facts and shout “media bias” or “fake news.”  Of course, the Times and the Washington Post and CNN debunked the story — they are part of the deep state.

The response to contradictory facts is universal and applies to all ideologies, but these days we see it play out most clearly with the Trump acolytes.

Giuliani was on to something. Planting the story in a marginal mainstream newspaper gave him some version of journalistic cover. And he and those in the Trump camp understood clearly that fact checking would never catch up with the false story and would have little or no impact if it did.

The tactic, and the brain science behind it, won the presidency for Trump in 2016.

This refusal to let facts get in the way of preconceived notions is at the heart of so many election-season debates. It is why the “all-lives-matter” crowd cannot be persuaded that Black lives matter. It is why anti-maskers continue to defy the science that shows masks are essential to battling COVID. It is why climate-science deniers cannot be persuaded by myriad natural disasters, even as they choke on wildfire smoke.

It is why QAnon, the online conspiracy purveyor, can distribute ever more-insane theories about the so-called deep state. If you already believe in your heart of hearts that Donald Trump is the victim of a coup conspiracy, then you are more likely to move one step beyond and accept the notion that the deep state is run by the Clintons, President Obama, George Soros and pedophiles who operate a child trafficking ring out of Washington, D.C. And once you accept that notion, it is not much of a leap to believe those trafficking pedophiles are Satanic demons and cannibals.

Fact checking such nonsense will not move the needle. Brain scientists, sociologists and even journalists understand minds are most likely to be changed by those closest to us. If your mother presents you with a new set of facts, you may actually listen and correct your thinking. But in the age of social media, most of us live in an echo chamber where we will de-friend even close relatives whose own ideas contradict our worldview.

And here is the sad, disturbing, frightening bottom line. In a society which is still more or less open to the free flow of information and disinformation, the failure of fact to check fiction will continue with ever more egregious outcomes.

The solution, controlling the spread of false information through government or even private action, can only limit freedom of speech and the press for everyone and give the government ever more control over what we see and hear.

The remedy, sadly, may be worse than the problem. ♦

Inside the blockbuster NYT report on Trump's taxes — or lack thereof