Small Towns 2015: A Place for All Seasons

Chewelah: From booming mining town to small town with a family-like business community 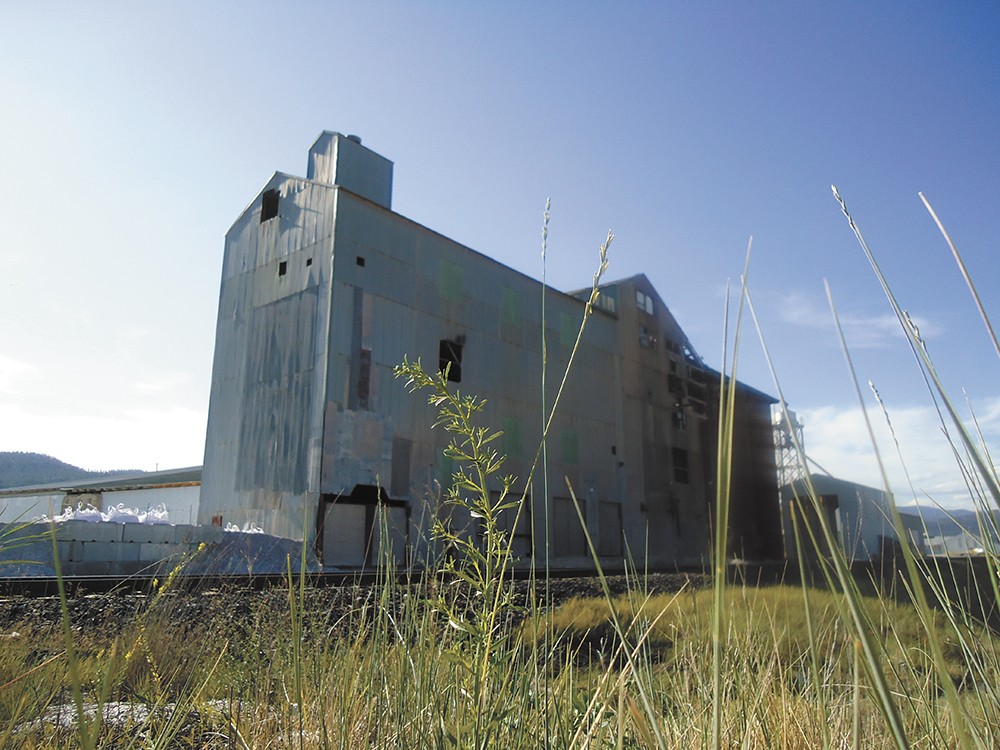 Chey Scott
The magnesite plant closed for good in 1968.

As cars coast around a gentle curve near milepost 201,

the palms of the Colville River Valley open in warm welcome. Ponderosa-laced mountain crags cradle the valley below, bisected by the pin-straight silver ribbon of U.S. Route 395 as it reaches northward through the amber and emerald carpet of fields leading into the idyllic town.

"Welcome Home," proclaims a roadside sign at the bend. Chewelah, a town of 2,600 — the second largest in Stevens County, Washington — beckons.

he says, and reaches over to shake hands.

An introduction is unnecessary. With wildly curly, shoulder-grazing, blonde hair framing a pair of thick-framed, oversized glasses, anyone from Chewelah — and many fans beyond — would recognize the face of chart-topping soulful singer-songwriter Allen Stone.

On a late Wednesday afternoon, Chewelah's beloved son of the modern era has serendipitously popped in to check out the progress of the city's first brewery since Prohibition. Quartzite Brewing Company isn't open yet, but Patrick Sawyer and Jake Wilson, both 26, are working to get their brewpub up and running by October, just before the start of what they hope will be a more successful ski season than last year at nearby 49 Degrees North Mountain Resort. In a brick-walled former auto shop on Main Street just off the main drag of U.S. 395, the brewery's east-facing garage doors look out onto its namesake: the craggy, striated rock face of Quartzite Mountain.

Before plans for the brewery began to materialize last fall, Wilson and Sawyer were nearly ready to pack up and leave Chewelah.

"I think for both of us, we realized how cheap it is to live here versus a big city," Sawyer recalls. "I think if you can find your niche and create a job for yourself, it's really easy to stay."

"Something like this in Seattle and Denver and — I don't know, even Spokane — you'd have to have a million [dollars] to do this," Wilson chimes in. "But here, we can do it for a heck of a lot less and do it really nicely, and that counts for something."

Both avid outdoorsmen — Sawyer came to Chewelah from Denver to work for the U.S. Forest Service; Wilson grew up just north of town in Colville, and now works as that city's recreation coordinator — the duo say they've begun to appreciate the town's idiosyncrasies and perks.

"The number one thing I enjoy about Chewelah is the town spirit," Wilson says. "It's a very tight-knit community, and it's small enough that everyone knows one another fairly well. It has the spirit to pull events off and to support local businesses, and it's also recently been getting a lot more livable because all of the options for entertainment and food." 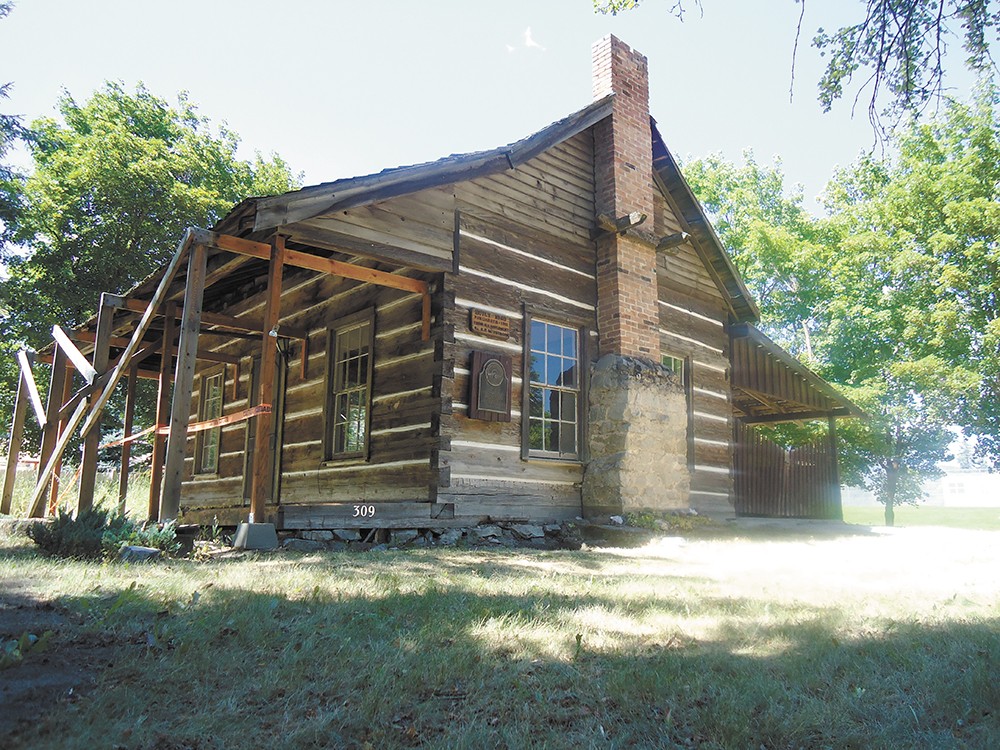 On a quiet, unmarked street corner

several blocks north of City Hall, the rough-hewn logs spend another day in the sun. Bees and other insects buzz in the shade of stately maples and aged apple trees, heavy with green fruit. If they could speak, the log cabin's stone-and-brick chimney and squared timber walls could tell volumes about 147 years spent watching the land and people around it evolve from a wild, untouched wilderness to today's tame town.

A group of archeological researchers studying the historical site recently unearthed an original brass plate they figure was once nailed next to the cabin's front door, stating the name of its first inhabitant: John A. Simms. (After their work is finished, the town has plans to restore the structure and open it as an interpretive center and museum.)

Built in 1868, the cabin is the oldest structure in town, and its impact on Chewelah cannot be understated. Listed on the National Register of Historic Places back in the mid-'70s, the deeply weathered cabin was built to house the region's Indian Agency, a resource for the area's tribes to voice their concerns and learn modern farming techniques. Simms was the Colville Valley's first Indian Agent, a position appointed by the U.S. government to smooth relations between white settlers and the region's native inhabitants — members of the Kalispel, Colville and Spokane tribes — before they were sent off their land to reservations.

"When I was growing up

, mining was the most important part of the Chewelah economy," recalls Kathy Schneider. "I was born and raised, as they say, out of the magnesite mine."

But life as she and many other Chewelah families knew it all changed in 1968, when the magnesite mine and production plant closed for good. The ghostly plant's hulking sheet-metal skeleton still looms over Highway 395 on the south side of town.

Magnesite, a mineral similar in structure to limestone and marble, was mined and burned in order to calcify it before it could be used as a lining in furnaces that produced steel. Magnesite was a crucial product during both World Wars; Chewelah was the only U.S. producer, thus vital to the war effort.

Schneider and her husband Dick, also a local native, moved back to Chewelah five years ago to retire and care for their aging mothers. Kathy, 67, now manages the relic-filled Chewelah History Museum, a beige-painted former military armory that's become a general repository for the community's "old stuff."

She graduated from Jenkins High School two years before the mine closed. Leaning against a case of antique glassware in the museum's front room, she fondly remembers her childhood living at the mine's company camp, a permanent community at Browns Lake, about 7 miles southwest of town.

"It was a wonderful place to grow up — we just had free rein. There was a great big spring-fed lake, and all the old mine shafts you want to dink around in. It was the best childhood in the word." ♦

Chataqua, held on second weekend of July for more than 40 years, features artists, a parade and live music.

Musician Allen Stone; John Robert Monaghan, the son of early Chewelah and Spokane resident James Monaghan. J.R. Monaghan was one of the first 18 students to graduate from (then) Gonzaga College. He was killed in 1899 in Samoa during a skirmish between Samoan and American troops. 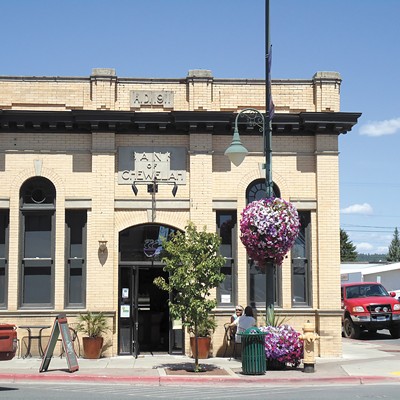 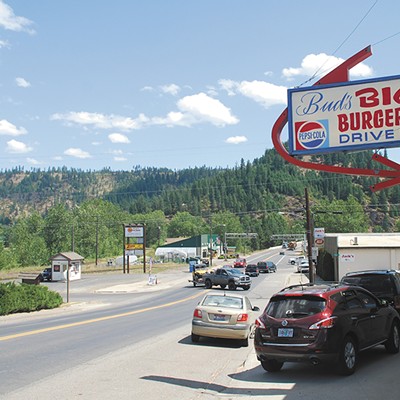