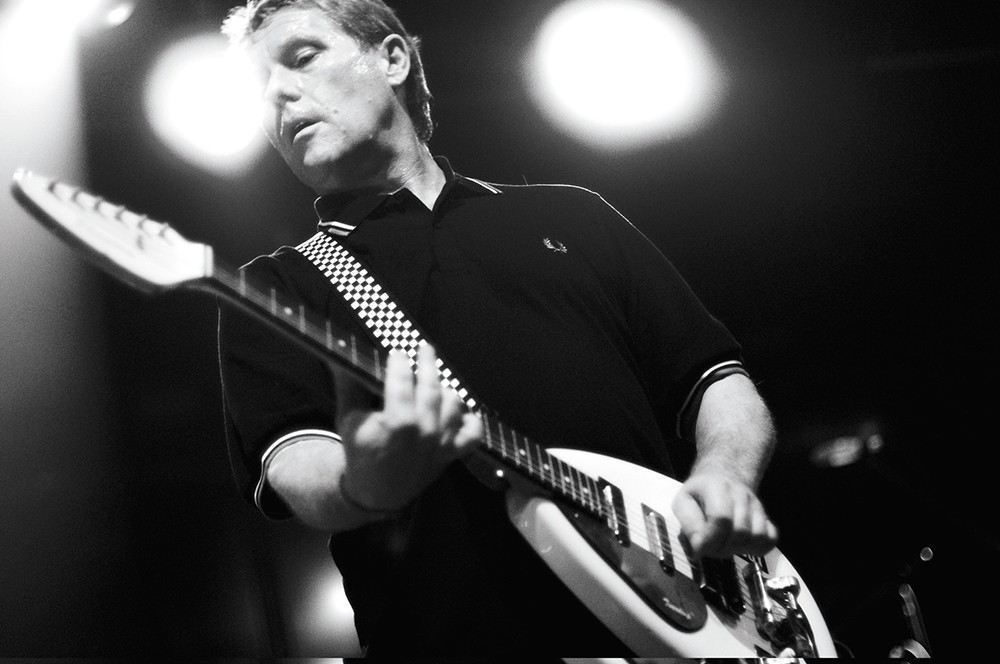 Dave Wakeling's songs are as relevant now as when The English Beat broke through in the '80s.

Dave Wakeling lives at the intersection of music and politics.

Few songwriters blend relentlessly joyful sounds with poignant commentary as well as the longtime leader of the English Beat.

The band led a British ska revival in the late 1970s and early '80s, blending the anti-authoritarian stance of punk, the unifying messages of reggae and serious pop hooks. Back then, the targets of Wakeling's tunes were those oppressing the working class and ethnic minorities. Now the longtime U.S. resident is preparing the first new Beat album since 1982, and Wakeling says he still sees many of the divisive issues that inspired him to pick up a guitar decades ago.

"Maybe we're just mammals and meant to go at each other's throats," Wakeling says. "I thought we were more than that when I was younger and wanting to join a group."

The Baltimore riots, in the aftermath of yet another black man being killed by police, and the reporting from the scene, have filled Wakeling's TV screen on his current tour. He says he's fascinated by the stories, but frustrated that America still seems to respond to violent acts with even more violence.

"How do you find ways to respond to things that doesn't make you as bad as the things you're responding to?" he asks. "We haven't quite got that, yet, but it's an interesting thing to watch us struggle with. ... We end up with these enormously contradictory messages about violence and control."

Wakeling is ever the optimist, though. He's seen positive changes in cities he's toured through for decades. "I'm lucky," he says. "I travel America a lot. I stop at truck stops, and stop in cities, and I've watched cities change, and I get to go back every year or couple of years." Americans are very tolerant people, he finds, "considering we're such an odd bunch from many places." He notes how his children's interactions with people of different races are different from his parents' — a generational evolution for the good.

His children surely took an example from their dad, whose band was a best-selling example of racial diversity across three albums released between 1980 and 1982, full of hits that still sound fresh in 2015: "Best Friend," "Ranking Full Stop," and "Mirror in the Bathroom," among others.

Those songs, and a few from Wakeling's post-Beat band General Public, have allowed him to tour for years with a new version of the English Beat, filling clubs with ska fanatics and '80s kids. New songs made their way into the set, and when people started asking for them at the T-shirt stand after the shows, Wakeling decided to record a set called Here We Go Love, slated for release this fall.

"I didn't want to make a vanity record," Wakeling says. "It's easy for legacy artists to come out with a record, and there's no audience waiting for it. If that was the case, I was happy to keep the songs in my head, really."

The songs are broadly political, if not quite as party-oriented as his old anti-Tory tunes. One called "If Killing Worked" takes on the violence he sees on TV — and Wakeling's cheeky humor, familiar to fans, comes through as he describes his idea for a marketing plan for the song.

"We're going to try something called 'Try Not To Kill Someone Else's Kid Week,'" he says. "The idea is that everybody will try to not kill someone else's child. But we have to be compassionate, so if someone is used to killing a lot of people's children in a week, then just try to cut back. A few less. Finish at five instead of working into the night. Take your foot off the gas."

Wakeling knows that some fans get squeamish at that intersection of music and politics, and the Beat's live shows are overwhelmingly celebratory. After all, he notes, "you're on a stage, not a soapbox." ♦