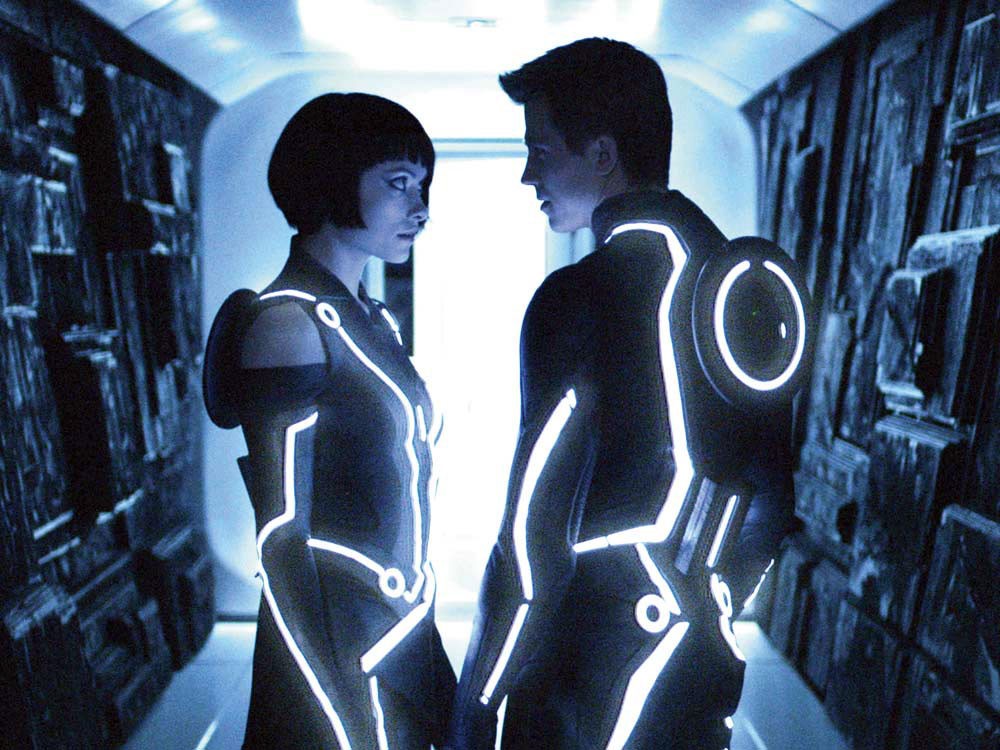 Is that a joystick in your glow suit?

This totally superfluous and eminently forgettable sequel to the groundbreaking 1982 flick Tron will make a bloody fortune not because it embodies any qualities deserving of such, but out of compelling nostalgia and, well ... not much else.

In 1982, Jeff Bridges’ Kevin Flynn was a computer game designer who got zapped into a virtual world of his own making. Thirty years later, he’s still there, and it has evolved into something that bears no resemblance to much of anything we would recognize as a representation of cyberspace. But it’s just so freakin’ cool to look at!

Except it isn’t. The spandex-and-neon aesthetic of the 1982 film has been upgraded to ooze even more smoothly into your visual cortex, but it still looks cheap and cheesy and like a relic of that era immediately post-Star Wars when everyone was desperate to manufacture that next sci-fi blockbuster. But, as then, everyone here seems to have forgotten that Star Wars wasn’t, you know, STAR WARS because of FX but because we fell in love with Luke, Han and Leia.

It’s tough to love or even to grudgingly like Garrett Hedlund’s Sam Flynn, Kevin’s now grown-up son who follows Dad into VR-land: He’s a smug, deeply unappealing shell of a contrived would-be hero.

We’re supposed to care what happens in cyberspace here, but it’s hard to understand the threat. Apparently, Clu, an avatar for Kevin Flynn (a disturbingly CGI-age-regressed Bridges), might somehow be able to lead an army of indistinctly dangerous VR soldiers into our “real” world and do some damage, but what threat this poses is unclear. More than a decade after The Matrix utterly transformed popular metaphors for the virtual world and for how the physical world might interact with the digital one Tron: Legacy wants to be content to exist in an uninteresting alternative.

We’re meant to care about something that, as Kevin Flynn promised, would transform everything “science, medicine, religion” yet the movie cannot even begin to make us appreciate how this might come about. Kevin rhapsodizes about “biodigital jazz, man,” so where the hell is it? I’d like to see a movie about biodigital jazz. It would require a helluva lot more imagination and intellectual adventurousness than Legacy can muster.

But computerized babes in spandex who undress Our Hero whether he likes it or not? You can rest assured that is most definitely a feature here. Some of us, however, might call it a bug.