All along the Elwha River, the salmon are back 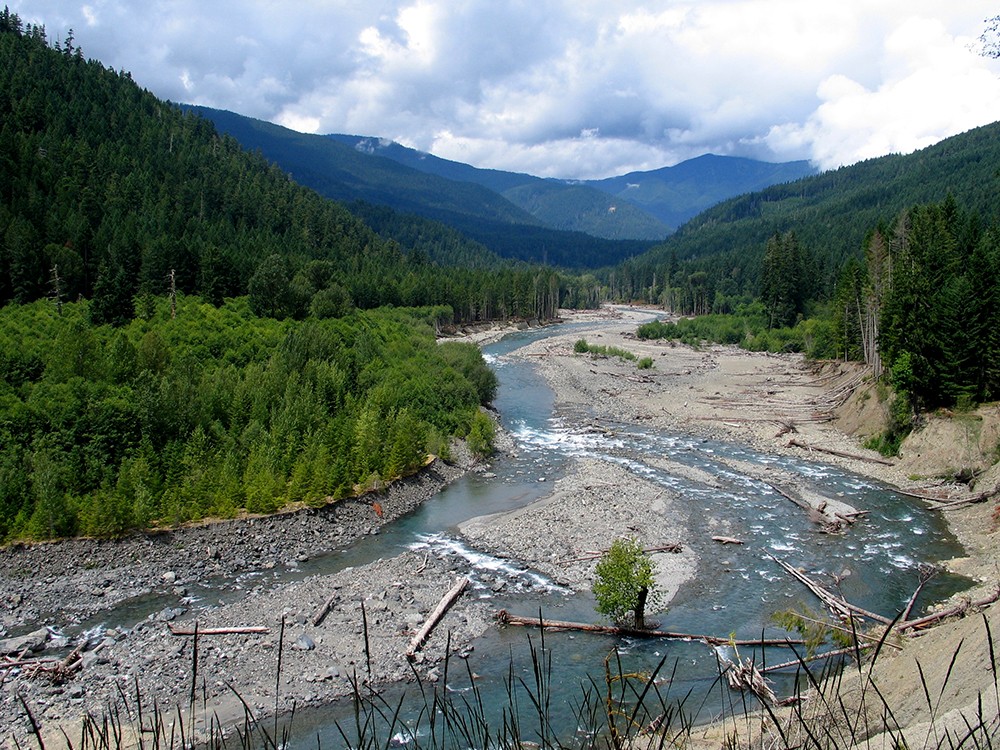 The heart of the new book, Elwha: A River Reborn, is a photograph of the Elwha Dam taken in 2010, one year before it came down. Framed by canyon walls and a mossy rock garden, two thin cascades, leaking through the dam, join and fall down into the Elwha River to embrace a dark pool just below the dam.

Turn the page too fast, and you miss the shadows in the pool: And there they were. Elwha chinook, returned for their futile fall run, trying to reach the spawning grounds above the dam that still called them, even after a hundred years. They were blocked at the dam just five miles from the river mouth. Some circled in the pool. Some hung still in the water, right in a row, actually facing the dam as if to stare it down by sheer will.

The 2011 removal of the Elwha dams on Washington’s Olympic Peninsula was a magical event. This excellent book captures much of that magic. Lynda Mapes and Steve Ringman covered the Elwha saga in the Seattle Times over the span of two decades; her words and his photos each get about half of the book’s 190 pages. History, power, salmon and science are its themes; its sinews are the river and its people, native and non-native.

They follow scientists onto the river as they record fish, wildlife, insect and vegetation baselines in the year before the dams were opened and removed. They watch the dams’ operators shut down the powerhouses for the final time. They trace the fights over removing them, the eventual deal to do so, and the first months after removal.

Mapes’ long relationship with the Lower Elwha Klallam Tribe serves this book very well. When 93-year-old elder Adeline Smith leaves the official removal ceremony by wheelchair, Mapes runs to catch her, to make sure Smith sees the salmon waiting in the pool below. Earlier, we heard her talk about the old days of Elwha salmon and the life of her people. Now, Smith watches for a time, then points upstream to the river, soon to run free after 100 years. “They are going to go up there,” she says.

With the dams down, the Elwha story now moves on two linked tracks. First is the action in and around the restored river for fish, people and the place. Salmon and steelhead are already coming back, but how fast, which ones, with what effects and what new contentions, will likely be both surprising and productive. This book begins that story.

The second track is what the Elwha’s particulars will mean for other rivers where people contest other dams. The Elwha dam removals are the largest river restoration yet done on Earth, but one ripple from their success may be that the honor is short-lived. The Klamath, the lower Snake and others may take that laurel soon. “Soon,” of course, means different things. My friends who worked to take down the Elwha dams felt the 20-year campaign was an eternity that they often thought would never end, but now, looking back, they begin to see it as almost the blink of an eye.

Salmon are such wise teachers. Now they teach us again on the Elwha by their presence. Long may they run — and bravo to all who played their constructive parts on the Elwha.

Pat Ford works for the Save Our Wild Salmon Coalition and lives in Boise. This column first appeared in High Country News (www.hcn.org).