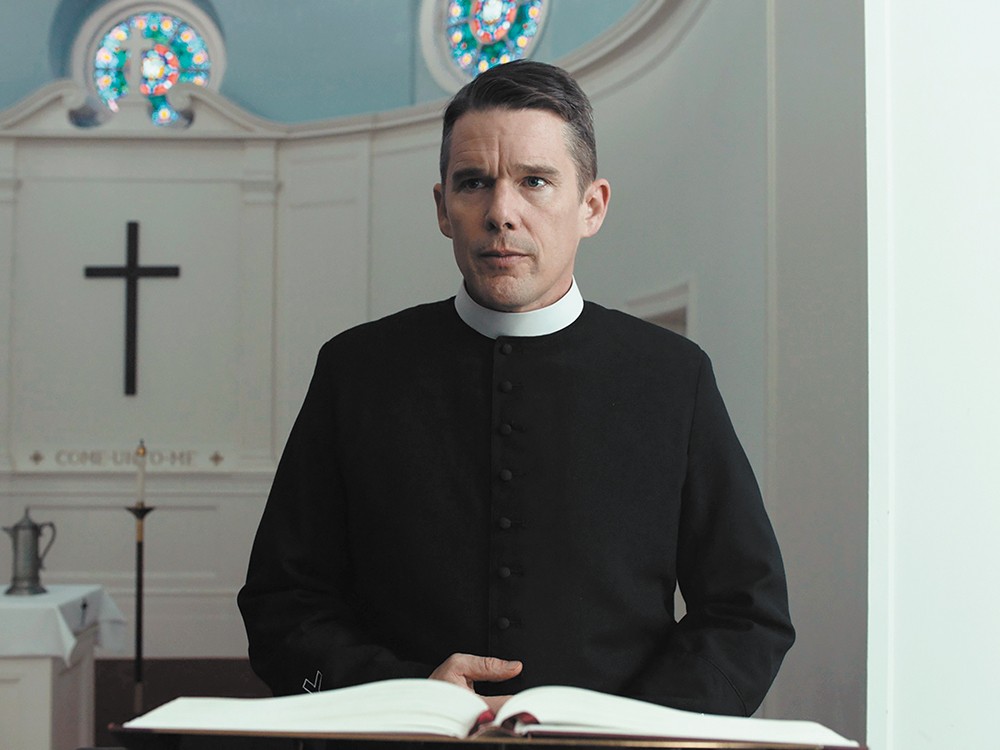 The Seattle International Film Festival is the largest event of its kind in the country, screening hundreds of movies over the course of 25 days. It's a cinema lover's paradise, where you can see all kinds of films about every subject imaginable.

I recently spent a week at SIFF, catching some buzzed-about films that haven't hit Spokane theaters yet. Here's the most notable of what I saw: They all have distribution deals, so keep an eye open for them to hit theaters or streaming platforms in the coming months.

I seem to be in the minority on this seaside murder mystery-meets-fairy tale, which is atmospheric and well-acted but ultimately unfocused. Set on the European island of Jersey, it details the strange relationship between a shy social outcast named Moll (Jessie Buckley) and Pascal (Johnny Flynn), a brooding outsider who does odd jobs around her parents' house. We learn that both of them have dark secrets in their pasts, and that Pascal is the primary suspect in a series of homicides plaguing the island. The pieces for a compelling character study are there, but they're obfuscated by debuting writer-director Michael Pearce's need to keep its central romance as enigmatic as possible, and he implements a number of hackneyed horror movie beats that seem totally out of place. Maybe you'll buy into it. I didn't.

I walked into Blaze, the fourth feature directed by Ethan Hawke, unaware of its subject, and came away with respect for a craft I hadn't known existed. It's about the short life of country songwriter Blaze Foley (played beautifully by debuting actor Ben Dickey), which lends itself perhaps too tidily to the musician biopic format. His career was brief but turbulent. He was consumed by booze and drugs, which destroyed his marriage, and he was killed when he was only 39, leaving behind a body of work that was revered by his contemporaries (Merle Haggard, John Prine and Lyle Lovett have covered him) but remains mostly unknown to mainstream audiences. Hawke, who co-wrote the film with Foley's widow Sybil Rosen (portrayed by Alia Shawkat), structures the movie almost as a series of anecdotes and memories that are all flooding back at once, producing a film about country music that plays out like a country song itself.

Paul Schrader has never made an easy film. He's also never been known for consistency. But First Reformed is perhaps his best movie in two decades, a strange, beguiling riff on Robert Bresson's Diary of a Country Priest (1951) that maintains a creeping sense of dread from its first frames. It's about a minister (Ethan Hawke again) with a tragic past, who begins consulting a young couple coming apart at the seams because of his unhealthy obsession with eco-terrorism. (The wife, played by Amanda Seyfried, is pregnant and named Mary. Hmm.) Unsurprisingly, things soon take a much darker and more metaphysical turn. Like the director's 1979 drama Hardcore, in which a suburban father discovers his missing daughter is involved in an underground pornography ring, First Reformed is about a self-confessed moral man peering into a sinister world and finding himself unable to look away. But there are also echoes of Martin Scorsese's Taxi Driver, which Schrader wrote, because there's cognitive dissonance between what Hawke says he is doing and what we're being shown. I look forward to seeing this one again.

Writer-director Debra Granik broke out in 2010 with Winter's Bone, the gritty Ozarks drama that made everyone take notice of Jennifer Lawrence. Leave No Trace, Granik's first narrative feature since Winter's Bone, is another story about people on the fringes and surviving off the land, though this one is far less brutal and emotionally taxing. It even has a rare PG rating. But it's no less effective, the portrait of a single father (Ben Foster) and his teenage daughter (Thomasin McKenzie) living in makeshift encampments in Portland's public parks. Although they practice evasion techniques, they're soon caught and must integrate themselves back into society, but dad can't shake his nomadic instincts. This might sound like the setup for a hackneyed TV movie, but Granik knows when the characters need not say anything, and when it's better to show rather than tell. It all builds to a final scene that's as heartbreaking as it is true.

The winner of the Grand Jury Prize at the most recent Sundance Film Festival, Desiree Akhavan's teen drama takes place in the early 1990s but could just as easily have been set today. Chloë Grace Moretz plays the title character, a closeted high school senior who's caught in compromising positions with another girl and sent to a Christian camp that specializes in gay conversion therapy (shades of the 1999 indie But I'm a Cheerleader). They aim to "cure" what they so frequently refer to as "same-sex attraction," employing strange and often cruel exercises disguised as religious empathy, and Cameron refuses to acquiesce. Based on a young adult novel by Emily M. Danforth, The Miseducation of Cameron Post follows the narrative trajectory of countless indie movies (particularly those out of Sundance) before it; I wish it had been more adventurous. But its characters are vivid and the performances (many from relative newcomers) are authentic enough that this is worth seeking out, particularly for older kids.

Andrea Riseborough has made a career out of disappearing into her characters, and in Nancy, she plays a woman who does the same. When she isn't caring for her ailing mother (Ann Dowd), Nancy spends much of her time in front of a computer screen, pretending to be an expectant single mother online or photoshopping herself into pictures of North Korea. She sees a local newscast about a couple (J. Smith-Cameron and Steve Buscemi) whose daughter was kidnapped 30 years prior, and the age progression picture of the missing girl looks an awful lot like her. And as she reaches out to the grieving parents, we wonder: Does this explain Nancy's strange behavior, or is it merely another extension of it? The film deliberately keeps us at arm's length from Nancy's true intentions, which will either frustrate or fascinate you, all the way to its (perhaps too) abrupt ending. ♦

The original print version of this article was headlined "Cinema City"