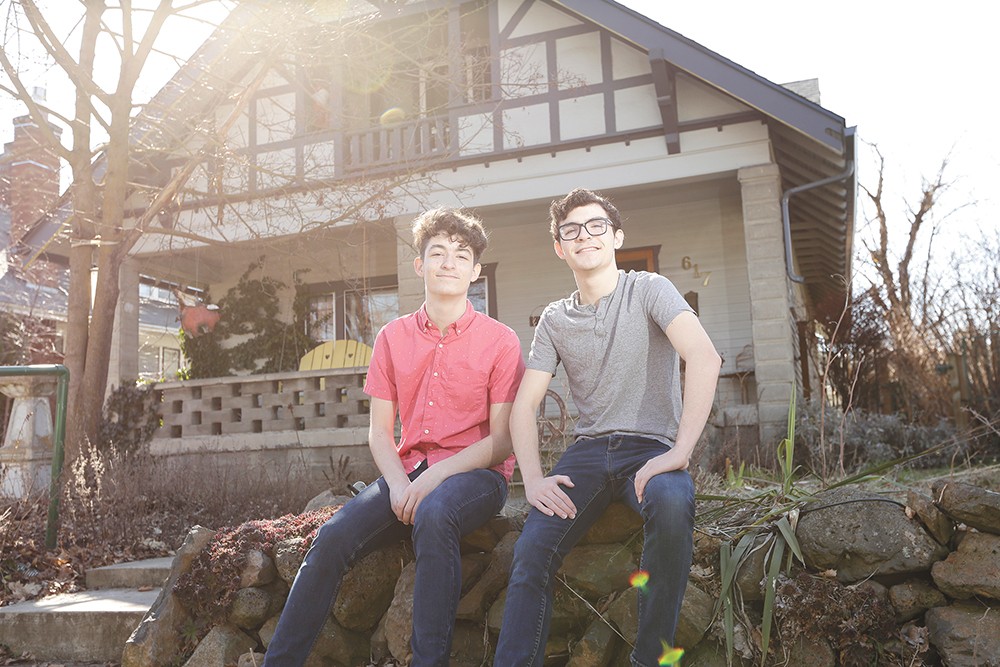 If all was normal,

Sam Morehouse and his twin brother Jack would be motoring toward the finish line of their senior year.

They would have just finished competing together at the state debate competition in Seattle. The saxophone-playing Sam would be getting ready for an upcoming band festival and knee-deep in rehearsals for his role in Lewis & Clark High School's spring musical. Jack would be pulling together the spring section of the school yearbook, having ascended to editor this year after working on The Tiger ever since he was a freshman. And both 17-year-olds would be making plans with friends for prom night, graduation and their "senior all-nighter," and deciding on colleges for the fall.

Instead, they're at home watching a lot of movies and TV shows, taking walks and engaging in more social media than ever to stay in touch with their friends.

Both boys say that things were pretty normal right up until the state declared schools closed until late April. Their friends were talking about the "what-ifs" even before they were sent home — What if there's no prom? What if there's no graduation? — but now those questions seem more like truths. Barring a dramatic shift in the trajectory of the virus and a renewed ability to gather in large groups, there won't be a prom or graduation — at least not in the traditional sense.

"I've been wondering if I'm going to start my college career online and at home," Sam says. "That would be really weird."

While most of Sam's activities are on hold, Jack is working with his yearbook team online to pull together the book — minus about 30 spring-focused pages — before a deadline at the end of April that coincides with when (best case scenario) the boys would be able to go back to school.

"I heard from the [yearbook] publisher that some schools around the country have just canceled their yearbooks," Jack says, "but we've been working on them for six months already ... Generally, the feeling is, we can get this done."

Both Morehouses recognize the seriousness of what's happening, but that can't keep them from sensing what they're likely missing out on the rest of this school year.

"The prom thing hasn't been that big a deal. I've been to a couple of school dances, it's not that hot a ticket," Jack says. "But graduation is probably not going to happen, and that's weird. I ordered a cap and gown and spent a lot of money on that."

"It feels like everything was going full-throttle," Sam says. "And now it's suddenly stopped."

The original print version of this article was headlined "Unhappy Endings"