A Shave and a Cut Throat 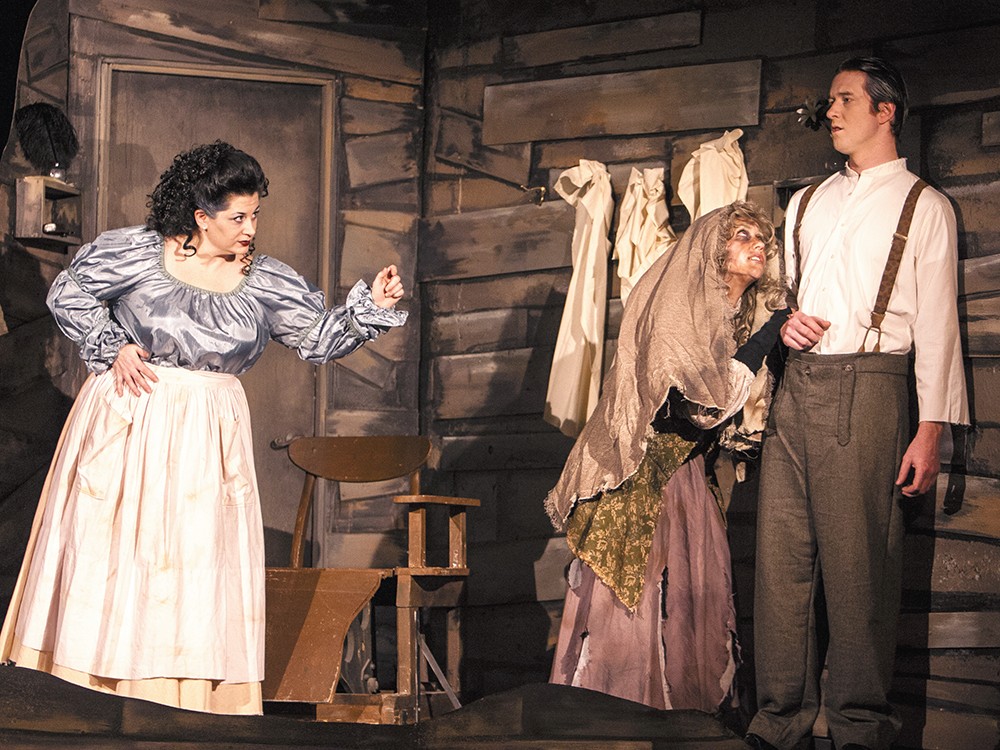 What is it about Victorian London that lends itself to the macabre? Whenever we peer through that miasma of fog and factory soot, we seem to find madness, squalor and depravity in abundance, whether it’s Jack the Ripper mutilating prostitutes out of some deep-seated sexual frustration, or an interminable list of crimes that can only be solved by a depressed, drug-addicted detective named Sherlock Holmes. Not even a charming Dickensian veneer has the ability to smooth the sharp, sinister edges of that particular time and place.

Stephen Sondheim and Hugh Wheeler’s 1979 adaptation of Sweeney Todd has its own sharp, sinister edges — chief among them a straight razor. That is Benjamin Barker’s weapon of choice when, in his new guise as Todd, he returns to London (a city he contemptuously greets as “a hole in the world like a great black pit/ and the vermin of the world inhabit it”) on a quest for vengeance after serving a 15-year sentence in an Australian penal colony. As Todd (Daniel Bell) reveals to his shipmate Anthony (Brendan Brady), he was exiled there by Judge Turpin (Kent Kimball) so the scheming judge could pursue Barker’s wife without interference.

That alone would be sufficient for Todd’s monomaniacal revenge fantasy. But the roots of his misery are in fertile soil. Nellie Lovett (Abbey Crawford), an unscrupulous bakery owner, divulges to Todd that his wife poisoned herself after being raped by Turpin. Their 1-year-old daughter Johanna (Caitlin Duffey) then became the ward of the judge, who has designs to marry her. Small wonder why Todd is hell bent on luring Turpin and his henchman Beadle Bamford (Daniel McKeever) to his barber’s chair. This being Victorian London, however, even premeditated murder is too tame. Anyone with stubble is a potential ingredient in Mrs. Lovett’s secret recipe.

Bell plays a stoic, somber Sweeney Todd, perfectly complemented by the more animated, infatuated Crawford. Like many members of the cast, her cockney accent comes and goes (Bell’s steady baritone is for the most part geographically nondescript), but her singing is strong and performance beguiling. Brady, who was equally well cast as the smug, smutty Hänschen of Spring Awakening, appears here alongside Duffey as the embodiment of naiveté and youth; both have noticeable sweet spots in their vocal range but few limits to their stage presence.

As the apprentice to the ill-fated con artist Adolpho Pirelli (Lance Babbit, as reliable a comic highlight as ever), Evan Figuracion generally keeps cool in the glare of the spotlight. Despite an occasionally erratic flute, the unseen five-person orchestra under Carolyn Jess played with enough confidence to be heard from somewhere in the recesses backstage.

Although Sweeney Todd bills itself as a “musical thriller,” it’s much more than that: a character study in evil and despair, a wickedly witty dark comedy, a collection of memorable show tunes. With help from the solid directing of George Green, all these qualities are in evidence on Lake City’s modest stage.