A slightly eclectic holiday playlist for the December birthdays out there 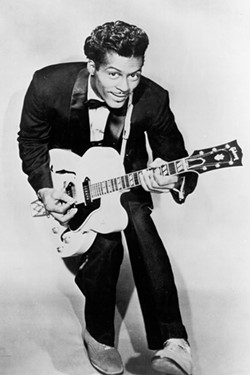 As anyone whose birthday falls during the holidays will tell you, it can be hard to find time to actually get together with friends, and even harder not to feel like you're getting drowned out by the Christmas craze.

To their total credit, my mom and dad tried very hard to make sure that wasn't the case for me as a December baby. That meant waiting until after my birthday to put up any decorations, including the tree, which made my day feel special.

The thing is, though, my mom loves Christmas music. She's gotten hell from all of us on countless occasions for keeping holiday music on her iPod year-round, meaning someone's always got to be on "skip" duty when we're listening to her tunes and playing board games any other time of year.

But after about Thanksgiving, we let up. And I've got to admit, there's a specific list of tracks, including some I rarely hear on the holiday playlists looping in stores this time of year, that get me in the spirit.

A classic since 1965, Vince Guaraldi's A Charlie Brown Christmas soundtrack is key, with this track making the perfect transition into the season.

"Come Thou Fount of Every Blessing"

While it's not exactly a Christmas hymn, Sufjan Stevens managed to redo this traditional in a beautiful and holy way, fitting for the season, on his album Hark!: Songs for Christmas, Vol II.

While it sounds like a consumerist anthem, Willie Nelson really was contrasting our holiday spending with the angst of the downtrodden. Remember, this time shouldn't only be about gifts.

Mom says she's partial to the version sung by Robert Downey Jr. for the Ally McBeal Christmas Album, another classic in our rotation.

This love song by Mocedades also isn't a holiday song per se, but it appears on the The Family Man soundtrack, which we tend to watch this time of year.

Home Alone is another definite tradition, and this Chuck Berry song certainly helps through the holiday scramble.

"Christmas Time is Here" (the Chipmunks version) "Alvin!" my brother and I used to shout, as the incredibly annoying, high-pitched version of this classic song started. Whoever gave us the Chipmunks' Christmas album must have been a big fan of my parents. Now that I think of it... I don't think I've seen that CD in years. Wonder where it could have gone? ♦

Check out the playlist here:

Samantha Wohlfeil is a staff writer at the Inlander. She's reached the age where socks are a good gift now, so that's cool.