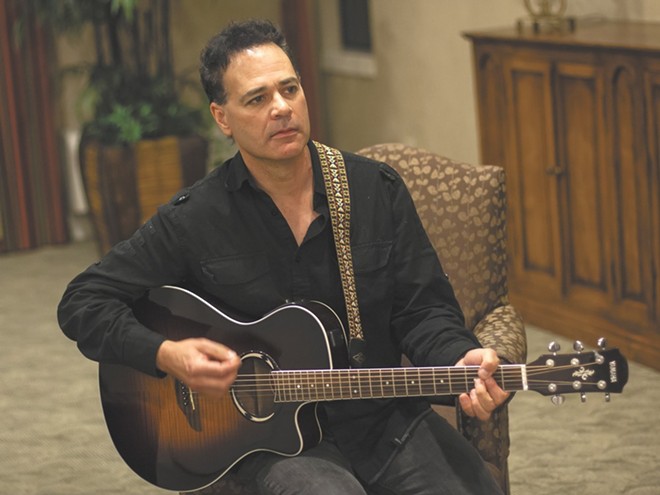 Jeff Ferguson photo
Donnie Emerson when the Inlander wrote about him in 2012.

Donnie Emerson's story was unusual enough to inspire an Inlander profile seven years ago. Now Hollywood has decided it's enough to make a major picture out of his tale, with an Oscar-winning producer behind the project.

Emerson is a singer-songwriter who performs throughout the area. But as this Leah Sottile-penned Inlander piece from 2012 shows, most of the folks who see and hear him perform locally probably don't know about the strange celebrity Donnie and his brother Joe attained thanks to a record they made together 40 years ago called Dreamin' Wild.

While most copies of the album gathered dust in the brothers' parents' farmhouse in Fruitland, Washington, a few got out into the public. And they caught the attention of a Seattle record label that reissued Dreamin' Wild in 2012. Suddenly, hipster musicians like Ariel Pink were covering the Emersons' songs sprawling, slightly psychedelic pop-rock songs written when the Emersons were teenagers, and reporters for Rolling Stone and the New York Times were calling and visiting Spokane to talk about the old album.

The just-announced movie, also to be called Dreamin' Wild, will be directed and written by Bill Pohlad, who did some fine work on the Brian Wilson biopic Love & Mercy. The producer will be Jim Burke, who just won an Oscar for Green Book.

While Emerson can't talk too much about the project yet, he did tell the Inlander he was meeting with both Pohlad and Burke at Zola in downtown Spokane just a couple weeks ago, and he's in touch with Pohlad weekly as the screenwriter sorts through his drafts of a Dreamin' Wild screenplay.

People don't recognize the significance and magnitude of this thing," Emerson says about having his life story optioned for the silver screen.

Here's a link to listen to Dreamin' Wild.