A sweet spot in Coeur d'Alene and other food news 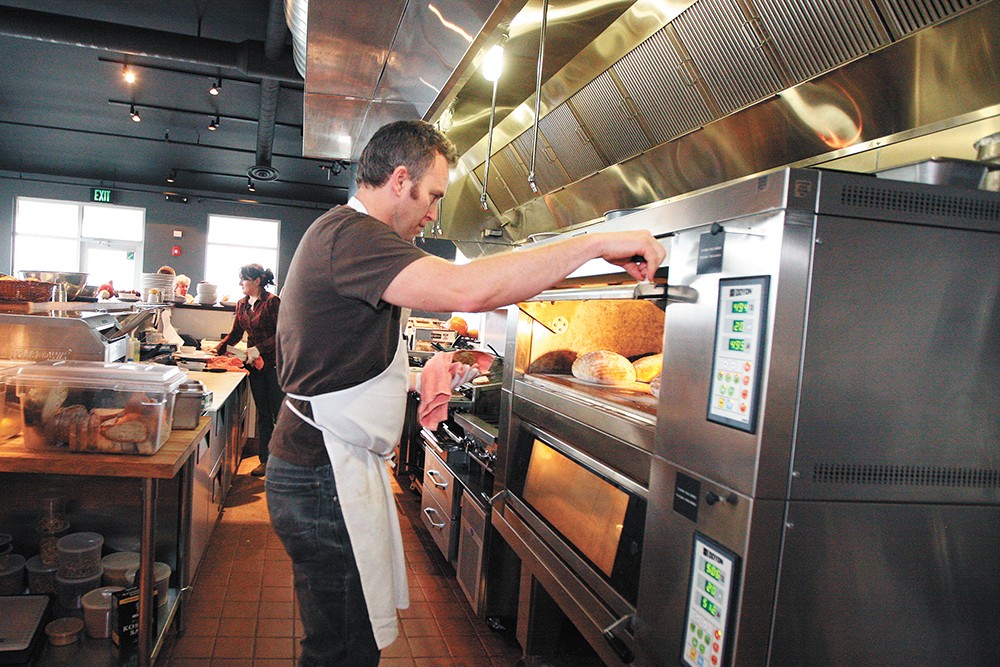 There is nothing accidental about the multi-themed appeal of Woops! bakeshop, which opened in downtown Coeur d'Alene this fall at 119 N. Fourth St. First and foremost are the macarons: decadent filling between two light-as-air meringue wafers, like an uptown Oreo. Way uptown. Artfully colored and beautifully arranged, try one ($2.70) or splurge on a box in sizes ranging from a half dozen ($15) to 24 ($66). Macarons are flown in from the chain's flagship New York location — Woops! is a boutique-style chain — while other items are baked in-house, including cookies ($3.95), muffins ($2.95), and something called rugelach, a croissant-like pastry you might find in a Jewish bakeshop. Add a cup of coffee, latte or other espresso drink made from Woops! proprietary coffee blend. Sandwiches are prepared on-site too, from smoked turkey on ciabatta ($7.50) to a Brie and apple croissant ($6.50). Located in the recently renovated historic Wiggett building, Woops! features floor-to-ceiling windows, lots of plants and a white-on-white vintage décor, giving it an upbeat and welcoming vibe regardless of the time of year. (CARRIE SCOZZARO)

It only happens once a year, so don't hesitate if you want to learn how to bake beautifully crusted artisan loaves at Kendall Yards restaurant Central Food. The annual hands-on sessions with restaurant owner and chef David Blaine include recipes, an instruction book, a willow proofing basket, a loaf of dough ready to take home and bake and a portion of the restaurant's natural yeast starter so you can keep making hearty loaves for years to come. Although the class is offered twice in January, the first session on Jan. 20 has already sold out, so aspiring bread makers will need to set aside time for the second class offered Sunday, Jan. 27, from 5-7 pm. Registration (classes are $75/person) must be made in person at the restaurant during business hours. (CHEY SCOTT)

Located 30 miles south of the Canadian border, the Best Western Plus Kootenai River Inn Casino & Spa sits along a wider span of the Kootenay River as it turns east through Bonners Ferry en route to Montana. Owned by the Kootenai Tribe and managed by Hagadone Hospitality, the Kootenai River Inn has undergone modest expansions since the hotel's inception in 1986. The most recent renovation brought new carpeting, furnishings and interior design upgrades, as well as an overhaul of the Springs Restaurant and Lounge. Breakfast offers big plate meals like chicken-fried steak and eggs ($14), four different egg benedict options ($11-13) — try the classic Canadian, eh? — and hearty carb-intensive combos like pancakes and French toast ($10). Lunch and dinner menus run the gamut from appetizers, soups and salads, sandwiches and burgers to a whole page of local favorites such as the Selkirk fettuccine ($13) and bacon-wrapped meatloaf ($17), topping out at $25 for steaks or seafood. (CARRIE SCOZZARO) ♦

The original print version of this article was headlined "Baked Bliss"