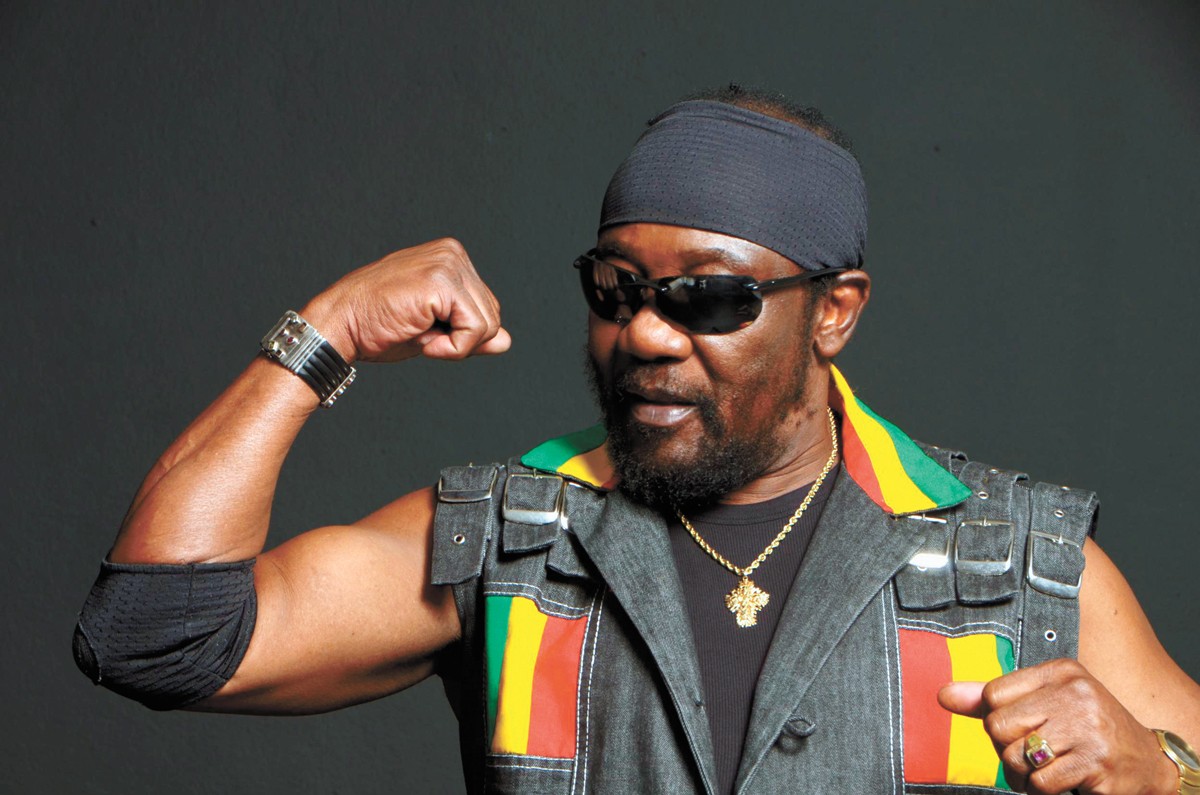 Toots Hibbert of Toots and the Maytals died just a couple weeks after releasing his first new album in 10 years.

Toots & the Maytals, Got to Be Tough
A few years ago, I had occasion to interview Keith Richards over the phone, but when the appointed time came in early evening, I instead got a call from his assistant. The interview would have to be postponed, I was told, because Toots and the Maytals were opening for the Rolling Stones that night and Richards wanted to catch their set.

That Keith is no dummy.

Toots and the Maytals, led by one Frederick "Toots" Hibbert, are pioneers of reggae (they're believed to be the first group to use the term "reggae" on a record, 1968's "Do the Reggay"), and Hibbert's soulful vocals are often compared to the likes of Otis Redding and Ray Charles. The fact he used that distinct voice to both decry social ills ("54-46, That's My Number") and slay dancefloors in Jamaica and beyond ("Pressure Drop," famously covered by the Clash and many more) made Toots and the Maytals one of the genre's truly legendary acts.

I have no idea how old Hibbert was, but I can say that when I last saw him in concert, well into his 60s, the dude was cut. The longtime boxer showcased his muscular arms in a sleeveless shirt and danced all night on stage through a ripping set full of classics.

I was hoping to get the chance to see him again, as Toots and the Maytals released a new album at the end of August. Got to Be Tough is a high-energy, horn-laden burst that's better than it has any right to be. Hibbert's voice has aged, but he used that to his advantage on growling songs like "Just Brutal" and a cover of Bob Marley's "Three Little Birds" that includes contributions from Ziggy Marley and some dude named Ringo Starr on drums. Like the best Toots albums, he veers from the political ("Struggle," "Stand Accused") to the party-friendly ("Having a Party").

Got to Be Tough was set up to be Hibbert's comeback album from a near-deadly injury — he was hit in the head on stage in 2013 by a vodka bottle flung by an overzealous fan, sidelining him for three years. Instead, the album serves as a final salvo of Hibbert's unique melodic gifts and unparalleled voice. It's well worth a listen. And if you are new to Toots or think all reggae sounds the same, go stream albums like Funky Kingston and Reggae Got Soul right now. (DAN NAILEN)

Bully, Sugaregg
Sugaregg is one of those albums that makes you wish you could hear the songs in a live setting right now. Who knows when that will happen, but the ongoing project of songwriter Alicia Bognanno has such unbridled ferocity that it might just tide me over.

It's her first Bully album since 2017's Losing, but she stayed busy in the interim, writing the songs for last year's great film Her Smell, about a '90s rock star whose life and career is falling apart. Bognanno's trajectory, by comparison, is still upward, and now she's in a place of self-imposed reinvention: Since Losing, she has been medicated for her bipolar disorder and is playing with a backing band of entirely new players.

Sugaregg is more focused, then, and aptly named, because it's something of a sonic sugar-rush, 38 no-filler minutes of immediate, insistent, hooky-as-hell songs. Bognanno's lyrics have always had the raw power of throat-shredding catharsis, and though her crosshairs are still firmly aimed at toxic relationships and patriarchal bullshit, she seems resigned to getting a fresh start. "I don't know what I wanted," she admits in the album's closing refrain, "I was too gone when I started." (NATHAN WEINBENDER)

The Flaming Lips, American Head
Maybe it's heresy to say so, but I've traveled a rocky road with the Flaming Lips in the last decade or so, swinging from disciple to skeptic to willing agnostic with each new album.

But the band's 16th studio album American Head has me converted again. Frontman Wayne Coyne has spoken about it as an aural flashback to the '70s suburban Oklahoma of his youth, and so it's fitting that so many of its shimmery, psychedelic songs slowly materialize before us like a Polaroid that's still in the process of developing.

Coyne's lyrics recall both the bliss and mundane horror of his adolescence: He captures the serenity of watching the sun sink from your front yard and the thrill of going to the movies on barbiturates and then sticks you in the ribs with an anecdote about a neighbor kid dying in a motorcycle crash and being held at gunpoint at your afterschool job. It's the perfect late-summer record in so many ways, as hazy, druggy and slightly eerie as a far-off memory. (NW) ♦

The original print version of this article was headlined "Choice Tunes"