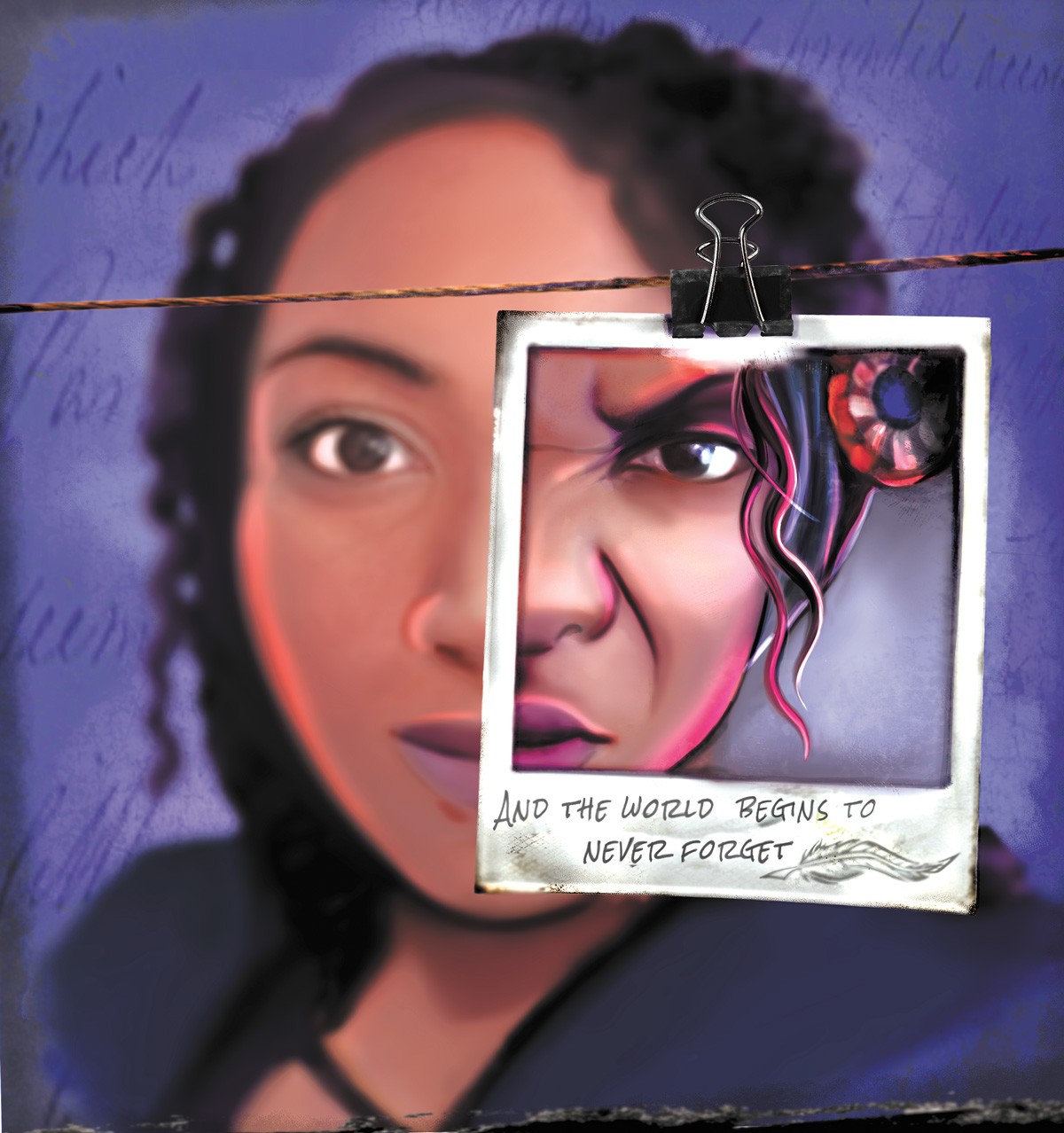 Playwright Lauren Gunderson's The Revolutionists offers a lot of fun challenges for any theater group that takes it on.

It's set during France's Reign of Terror (1793-94) and features four (seemingly) wildly different women, thus offering myriad costume options. Chopping guillotines and raucous rebels are pretty prevalent, giving the sound folks some work. The action moves from a secretive playwright's lair to a prison cell to a courtroom to that guillotine and beyond, allowing a creative set designer to run wild. And Gunderson writes her play in such a way that it tackles timeless issues and mixes in plenty of modern-sounding American dialogue despite its French Revolution setting, giving a director ample opportunities to creatively express the show's ideas.

Of course, when a pandemic rampages across the globe as you're trying to put on a show like The Revolutionists, what were fun challenges become production necessities. And so it goes for the University of Idaho theater department's take on The Revolutionists opening, via Zoom, Oct. 23.

"Expressiveness in the face is very key. Eye focus is very key," says director Carly McMinn of taking the show's performers off stage and onto webcams. "We do have them moving around a little bit. There's things like pacing that work really well on camera. I think Olympe falls out of her chair at one point, which is really funny. There's hiding that goes on around the camera. So there's different things that we've kind of figured out you can do to kind of give off the same objectives we would have had if we could have staged it fully."

Gunderson's wordplay for her characters makes The Revolutionists entertaining just to read, and a Zoom production might actually succeed in focusing the audience even more on her stinging one-liners and passionate speeches than they might during a staged production. But the UI production is going to be anything but barebones; McMinn says the members of her two all-female casts (one made up of upperclassmen and grad students, the other younger students) will be in costume from head to toe to help them inhabit their characters (although she does note there will be an emphasis on on-camera accessories). There will also be props used and some background set pieces in the four separate rooms where the show's actors will each be working with university-provided computers, cameras and lights. Stage design is not an afterthought even though the online audience will obviously be focused on the characters' faces for the most part.

The gist of The Revolutionists is this: Four women caught up in the French Revolution converge at the home of one Olympe De Gouges, an activist and playwright struggling to pen something important about the role of women in a revolution. Early on, she's joined by Marianne Angelle (a Black woman fighting to free Haiti from French rule), Marie-Antoinette (the former queen) and Charlotte Corday (a political assassin). Each of the visitors could use Olympe's help in one way or another, whether it be penning political pamphlets (Marianne), writing a perfect line to assassinate someone (Charlotte) or improving her image (Marie). There's a play-within-a-play aspect here, but Gunderson's script makes ample fun of that trope while also using it effectively, and the four characters volley dialogue tackling feminism, art, power and violence, often with a gut-laugh punctuating their exchanges (at least for me). Zoom won't change that.

"I got handed the script in the spring, I read it, and I immediately fell in love with the show," says McMinn, a UI MFA candidate in directing. "That doesn't usually happen with me. ... What really drew me in was, although it's a period piece, and has such strong foundations in history, the approachability of the text — especially talking about some really tough themes and conflicts that evidently seem to last centuries — was really awesome. It's fun and playful and comedic, but also quite serious and powerful." 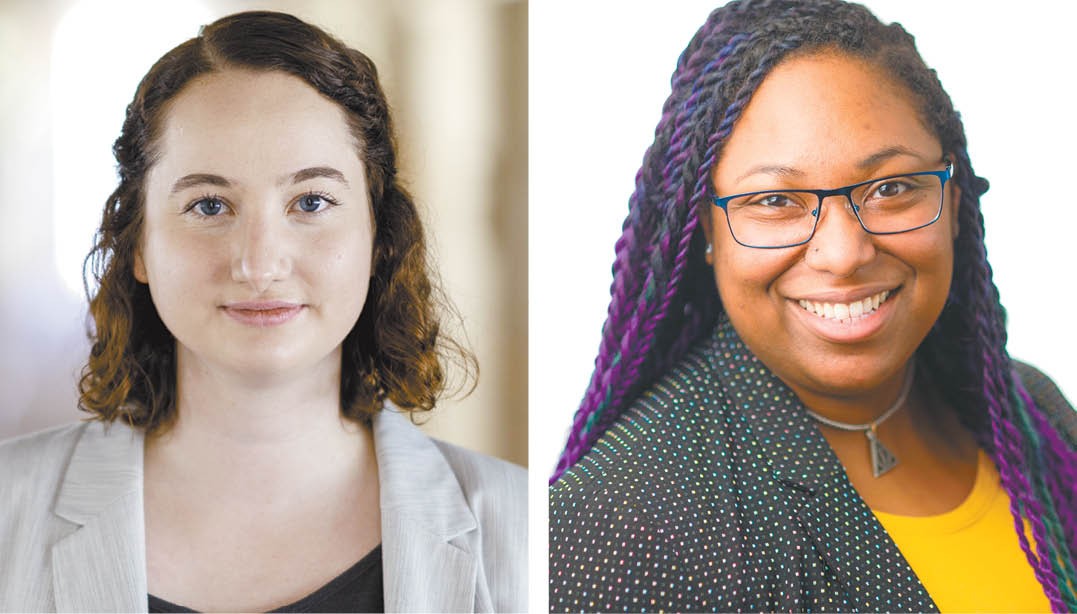 Although she's also an MFA candidate in directing, it didn't take much arm-twisting to get KT Turner to return to acting to take on the role of Marianne. She was already a huge fan of Gunderson's work ("I'm originally a biologist and she writes a lot about scientists"), and when she read The Revolutionists and saw the issues it addresses in such a fresh way, Turner knew she wanted in.

"It's so timely and so unique," Turner says. "These are issues that women have been facing for such a long time. At times, I'm like, 'Are we talking about the French Revolution or are we talking about now?' Which is really magical for me. I have a real connection with my character."

Connecting with the character you're playing is one thing. Connecting with actors through a screen instead of on stage is a whole new challenge that came with the pandemic forcing the show online. The auditions and every rehearsal for the show have been done on Zoom. And connecting with an audience that's also online, that you can't see or hear, adds a whole other layer.

While the comedy definitely helps The Revolutionists get its messages across, there's no question those messages take center stage through the four characters.

"Each of the characters are representing different waves of American feminist movements for me," McMinn says, noting that she really emphasizes the third wave in the character of Charlotte in this show. "The early '90s is when the term 'intersectionality' was coined, and the understanding that oppression has layers. ... That's something this play really talks about, that yes, all women are struggling for equal treatment. And even when we feel like we're making progress in our fight for equality, we actually don't get it. We get some changes, but the fight just evolves.

"Until we liberate the people at the bottom of the oppression ladder, then the rest of us further up aren't free, either." ♦

The original print version of this article was headlined "Timeless Takes"