Why, despite state law, the mentally ill languish in jails while awaiting evaluations 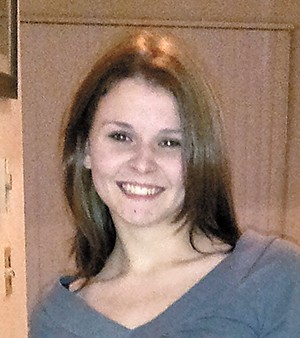 Amanda Cook killed herself in the Spokane County Jail while waiting for a competency evaluation.

Emily Cooper, an attorney with the nonprofit Disability Rights Washington, says she knows of one case in which the defendant has spent 111 days in jail, without trial or conviction, awaiting a mental health competency evaluation. A state psychiatric hospital simply has been unable to schedule a visit from a licensed evaluator.

"You just have an overly burdened system," Cooper says. "The time people with disabilities spend in jail awaiting treatment is still growing."

John Wiley, regional spokesman for the Department of Social and Health Services, says Eastern State has just seven evaluators to conduct evaluations at jails across 20 counties throughout Eastern Washington. One position is now vacant, he says, while the number of referrals for competency evaluations has only continued to rise in recent months.

"It's skyrocketed, the number of evaluations we're doing," he says. "We don't really know why."

Of the approximately 600 referrals for competency evaluations at Eastern State Hospital each year, only a minute fraction can be expected to finish within the statutory deadline. For the first quarter of 2013, Eastern reports 0 percent of the 87 jail evaluations were completed within seven days. Wiley and other DSHS officials acknowledge they have not met the established standards, but the new deadline requirements do not include any legal consequences for noncompliance.

"It's really discouraging," Cooper says. "It's a huge problem."

Independent financial reports have shown that delaying the evaluations cost county jails millions of dollars each year. Jail officials report inmates with mental health issues often cost double that of other inmates after counseling and psychotropic medication expenses. Washington jail officials estimate the average cost of mental health inmates at about $250 a day.

A financial analysis looking at 2011 wait times found "significant savings for counties" when state hospitals met the seven-day target deadline for evaluations. In 2011, the statewide average in-jail evaluation wait was 24 days, the report states. Shaving 17 days off that wait time saves $4,250 for each inmate. If you apply that savings across the 1,647 evaluations that year, county governments would save more than $6.9 million a year.

With Eastern State's current average wait of 33 days, regional jails could theoretically save $6,500 per inmate by completing evaluations within the statutory seven-day deadline.

DSHS officials have cited a shortage of local evaluators and space limitations on admission wards as significant challenges. They also blame some delays on external complications such as surges in referrals, attorney schedule conflicts and jail facility limitations.

Much more important than any dollar value, Cooper says, are the "human costs" of locking people in jails with unreasonable wait times for treatment. People with mental health issues may be victimized by other inmates or their conditions may deteriorate. The seven-day deadline was established for a reason, Cooper says. A 2003 Ninth Circuit decision found delays in treatment violated due process rights.

"The hospitals at this point are running a very big risk," she says. "They're asking for a potential lawsuit."

Faster evaluations also could potentially save lives, Cooper says, like that of 25-year-old Amanda Cook, who killed herself in December after spending weeks in the Spokane County Jail awaiting a delayed competency evaluation.

Spokane County Commissioner Todd Mielke says he hopes that through upcoming reforms in the regional justice system, the county will be able to partner with Eastern State to expand diversion programs and treatment services that will help direct people with mental health issues out of the traditional incarceration process. But that remains a long-term goal.