Are our kids acquiring the skills needed to navigate real life? 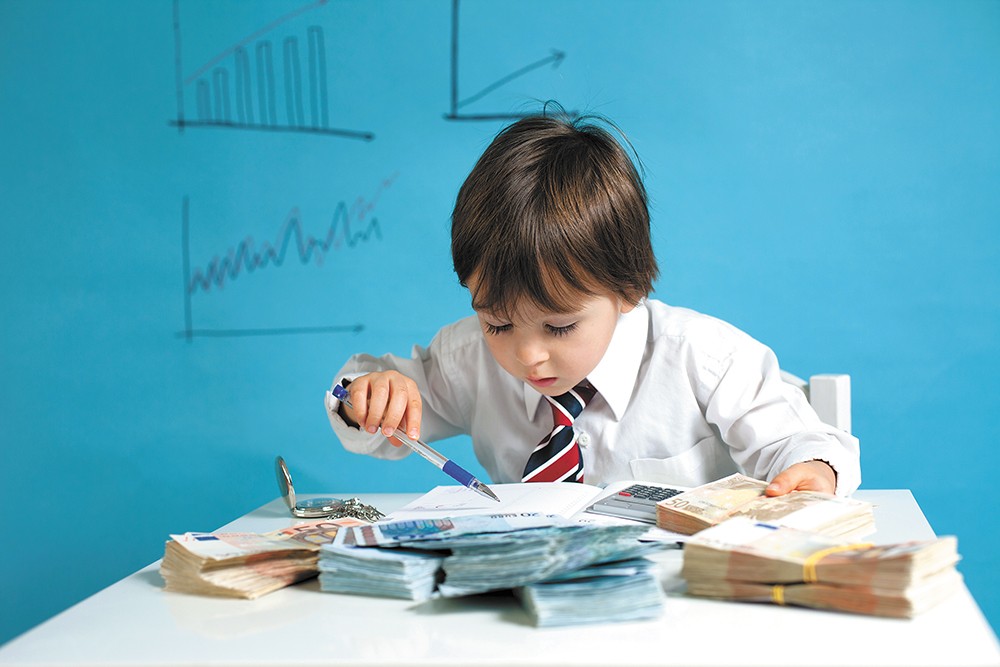 "Our kids simply don't know what an adult is anymore," writes Nebraska Sen. Ben Sasse, a father of three, in a new book.

At age 30, Ashley Grow is personally familiar with the struggle of millennials

to cope with the responsibilities of adulthood. As a family consumer science teacher, she's in a prime position to do something about it — if only schools and families will take advantage while they have the chance.

"I can't tell you enough how much I think schools need to wake up and realize we may be getting these kids a college-ready transcript, but they're not prepared to function on their own," says Grow, who teaches career and technical education classes at Rogers High School in Spokane.

"I believe our entire nation is in the midst of a collective coming-of-age crisis," writes Nebraska Sen. Ben Sasse, a father of three, in his new book, The Vanishing American Adult. "Our kids simply don't know what an adult is anymore — or how to become one ... The older generations have forgotten that we need to plan to teach them. It's our fault more than it is theirs."

Sasse recounts a group of college students given the fun task of decorating a 20-foot Christmas tree in the lobby of their school's basketball arena. They only completed the bottom half of the tree — the part they could reach — and left. Nobody thought to ask a custodian for a ladder, or to try to find one. "The day's failure wasn't at all about lacking brains; it was about will. It was about ownership. It was about not having much experience or interest in seeing tasks through to completion," he writes.

While decorating a tree isn't essential for a successful life, it's a window into the situation in which "adulting" tasks that used to be common sense may now seem to overwhelm or elude many 20- and 30-year-olds: Things like sticking to a budget, landing a job, choosing insurance, maintaining a car, or eating well prove simply prove out of reach.

Grow, whose classes include food and nutrition and culinary hospitality, believes middle and high schools should do more to prepare students in areas like finances, nutrition and cooking, and even relationships. But with the pressure to produce college-ready teens, she sees students pushed toward classes that look good on a college application.

"There's no room," she says. In Spokane middle schools, most family consumer science classes have been cut entirely, she says. Those in high schools remain because they can be justified as preparatory courses for students interested in certain career paths.

It's a point of regret for parents and friends, who send her articles and tag her in Facebook posts lamenting all that school didn't do to prepare them to be an adult.

"'It's great that I know how to solve an algebraic equation, but now I can't sew on a button,'" Grow recalls them saying.

"I teach this stuff!" she says. "It is in schools. It's just less known, because everyone is telling parents to get their kids in AP courses and to make sure they take a foreign language. There's nothing wrong with that. But there should be a way ... If we require a science lab, why can't we also require an independent living class?"

In her work as an local insurance agent, Kristi Harvie says that "It's become very apparent that financial and insurance planning is a big gap in teaching kids how to adult, leading to adults who haven't planned correctly, or sometimes not at all." She says her own kids, ages 21 and 22, have noticed personal shortcomings. "They've both stressed that school doesn't prepare you for life," Harvie says. "I think it should. I think if the kids are expecting it, that right there is a red flag."

THE STRUGGLE IS REAL

Truthfully, it's not just millennials who struggle with adulting. Really, who wants to pay bills or research insurance options? But part of adulthood is working through tough scenarios, because they're inevitable.

"We're just not pushing kids enough," Grow says. "None of our classes are pushing kids hard enough, because once it gets hard, we give them an out.

"I think it's just an epidemic. As a parent myself, it's really hard. I always want to solve my kids' problems. They're just 2 and 3 years old, and I already struggle to not just take over and do it for them. But it's becoming a huge problem, because these kids can't solve problems."

Sasse offers some ideas for parents of young kids. He writes of the value of building resolve through physically demanding work, exploring the world through avid reading, and learning self-reliance through traveling alone.

Harvie has talked to own her kids about insurance and credit, but admits that not every parent has those things in place for themselves, let alone the knowledge to teach their child.

"As a parent, you struggle, because you're busy being a parent until something comes up for them," she says. "You're teaching on the fly." ♦

This article first appeared in the Inlander's InHealth magazine.