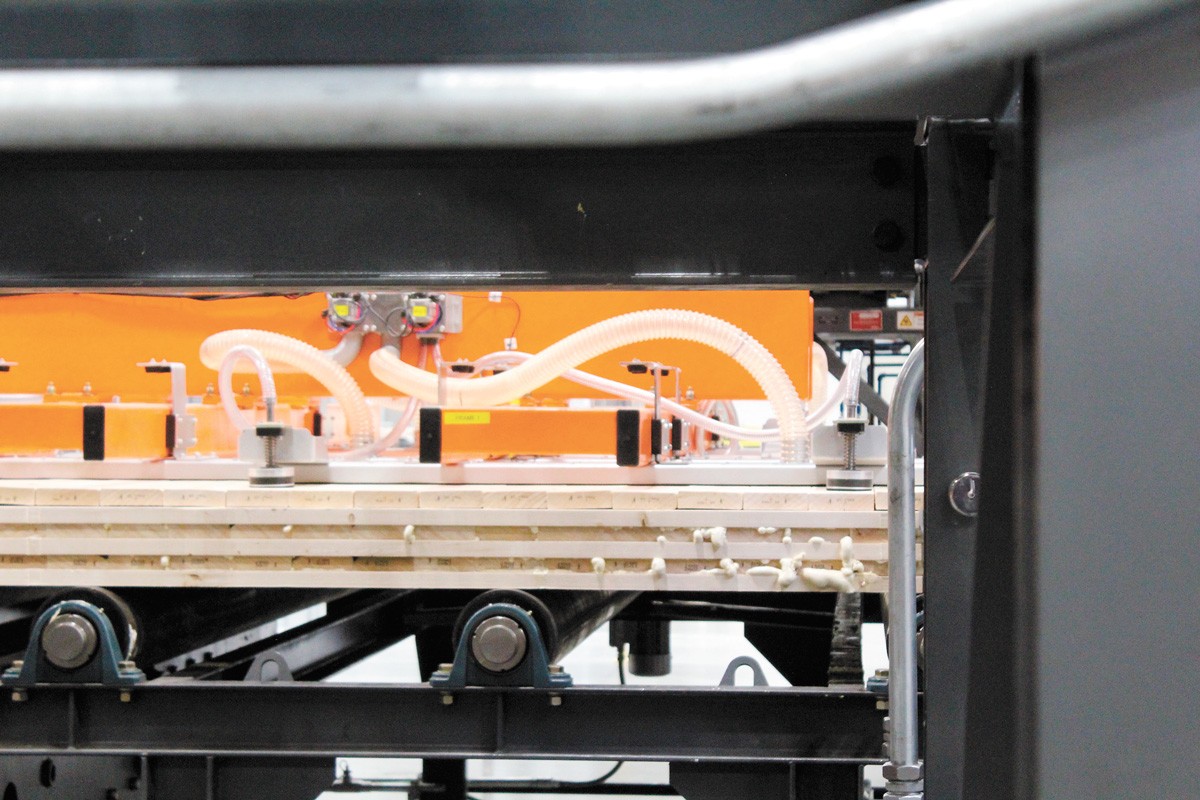 When Katerra was preparing to build its massive timber factory in Spokane Valley in 2017, the company bragged that using tech-company-style vertical integration would improve the building process and make projects more affordable.

The idea was that Katerra would disrupt the construction industry and provide a one-stop shop for projects. That would free customers from hiring an architect, an engineer, a contractor, an electrician, a plumber, an HVAC installer, as well as vendors for timber, sinks, cabinets and faucets, and other contractors.

"Katerra is intended to be one throat to choke for the entire construction process," one of the company's three co-founders, Spokane-based Fritz H. Wolff, told the Inlander in September 2017. "It's owning everything in the construction process and minimizing the amount of handoff that has traditionally happened."

The company's Spokane Valley factory opened with great fanfare in late 2019 and has the largest capacity to produce cross-laminated timber, or CLT, in North America. The material, created by gluing smaller boards together in a perpendicular pattern, has been lauded for its environmental sustainability and for its beauty.

But it appears the tech-inspired approach, involving aggressive acquisitions in the construction industry, ultimately led to an epic failure, as Katerra abruptly told its employees across the country on June 1 that nearly everyone would lose their jobs by June 4. The company told staff that it wouldn't be able to pay out accrued leave or severance as it had with previous layoffs.

"As you learned yesterday, Katerra has determined it must wind down the majority of its U.S. business operations," a June 2 email to employees provided to the Inlander states. "As a result, your employment with Katerra will be ending on June 4, 2021."

The company did not respond to requests for comment.

But company leadership admitted in previous news reports that they may have taken on too many projects too fast. With the sudden closure, many of those projects may be left in the lurch.

Had the Spokane Valley mass timber facility been its own company, it could have been thriving due to a high demand for construction materials right now, says a now former Katerra employee who served in a leadership position within the company's mass timber division.

The company's partnership with Avista and McKinstry to build the cutting-edge, net-zero Catalyst Building in Spokane's University District received great praise, and industry leaders have started designing more projects with CLT throughout the region. The Valley plant was ready to supply several projects.

But others in the timber industry say that between lumber prices soaring over the last year and a glut of CLT-producing factories opening in recent years, it's actually hard to turn a profit with CLT at the moment.

Russ Vaagen, CEO of Colville-based Vaagen Timbers, which produces CLT and other mass timber products such as glulam, says that while he wasn't exactly expecting Katerra to shut down last week, he wasn't necessarily surprised due to other things that have happened over the past few years. He finds it hard to believe that the Valley factory was profitable.

"We have record high lumber prices, and that's by far the biggest factor right now in mass timber," Vaagen says. "A company trying to do something as disruptive as Katerra was, it put them in a really rough spot."

While Vaagen agrees there is plenty of room to change the construction industry, his initial impression was that Katerra leaders didn't have the right type of experience.

"That's really exciting, the idea that tech would come in and modernize the building industry and CLT was part of it," Vaagen says. "I just think their plan was, like tech, they were going to figure it out as they go. But there's real cost implications to some of this stuff."

Before Katerra was really a functioning company, Vaagen says some of the people involved told him they planned to "own the forest."

"The audacity to me, when I heard that, was that they just didn't know enough about the industry and about how it's made up," he says.

Over decades in the timber industry, Vaagen says, his family has acquired about 50,000 acres of forestland. But it still only provides about 10 percent of the Colville Vaagen Brothers mill's needs. If you want to own every stage of the process, you'd need about half a billion dollars just to buy enough forest to supply a mill like that, he says, before you've even built the mill.

Aside from the price of lumber tripling from about $500 for 1,000 board feet to about $1,500 in just the last year, Vaagen says Katerra also brought its plant online at the same time as several other CLT manufacturing plants around North America, including Vaagen Timbers.

The result was that rather than getting on yearlong waiting lists as had been the case around 2015, people were readily able to buy CLT for their projects, as the ability to produce it was suddenly higher than demand, Vaagen says.

He sympathizes with the many employees who've been laid off, some of whom might be brought on at Vaagen Timbers as they grow, and he says he's fielding calls already from clients whose projects need a new supplier.

"I think there's a lot of great people there," Vaagen says. "We're gonna do our best to help their clients that are left in the lurch."

One of the projects that could be impacted by the sudden closure of the Valley location is Founders Hall, a new building that's about halfway completed on the University of Washington's Seattle campus. UW is working with Hoffman Construction to assess the impact of Katerra's announcement on the project, according to a UW spokeswoman.

Other projects that planned to use CLT from Spokane Valley haven't started yet, the former Katerra employee tells the Inlander, so they can potentially use another supplier.

Katerra's business structure included consolidation and tech-style fundraising. In addition to creating products like CLT and panels with wiring and plumbing in them already, Katerra acquired architectural and engineering firms, contractors, and other businesses to streamline the process of building apartments and office buildings.

Founded in Silicon Valley in 2015, Katerra had raised more than $2 billion since its inception, including large investments from Greensill Capital and SoftBank, a venture capital firm that has backed other failed "unicorn" startups including WeWork, which rents out all-inclusive office spaces but has lost billions and failed to go public. SoftBank also backed Greensill.

Katerra co-founder Wolff, who didn't immediately respond to a request for comment Monday, June 7, stepped down from Katerra's board in late 2019. His family's construction business, Wolff Company, was one of the first large Katerra customers, and there were reportedly issues with some of those projects.

In May 2020, CEO and co-founder Michael Marks was fired due to few signs of turning a profit despite spending the billions they'd raised, tech news organizations reported. In September 2020, Spokane's Wonder Building owners sued Katerra for suddenly removing all their stuff from their office there and backing out on a lease meant to go through 2026, the Spokesman-Review reported.

To avoid going into bankruptcy proceedings in late 2020, Katerra restructured its debt, with Greensill (a London tech startup) forgiving $435 million in debt in December in exchange for a 5 percent stake in Katerra, the Silicon Valley Business Journal reported. But Greensill, which was owed $4.6 billion by companies around the world, filed for bankruptcy in March, the New York Times reported.

Without money to back new loans for construction projects, Katerra couldn't go forward, according to a company email provided to tech news site the Information.

"The impact has been severe — with cash reserves reduced to the point where the current business model can no longer be sustained," the Information reports the email said.

The Spokane Valley facility will be mothballed, so it could be sold to another company, the former Katerra mass timber employee tells the Inlander.

The company filed for bankruptcy on Sunday, June 6, the Wall Street Journal reported, noting that it has $1 billion to $10 billion in liabilities, with up to $1 billion in assets. The international portions of the business may continue. ♦