A Year in Talking Heads

They're kind of a big deal 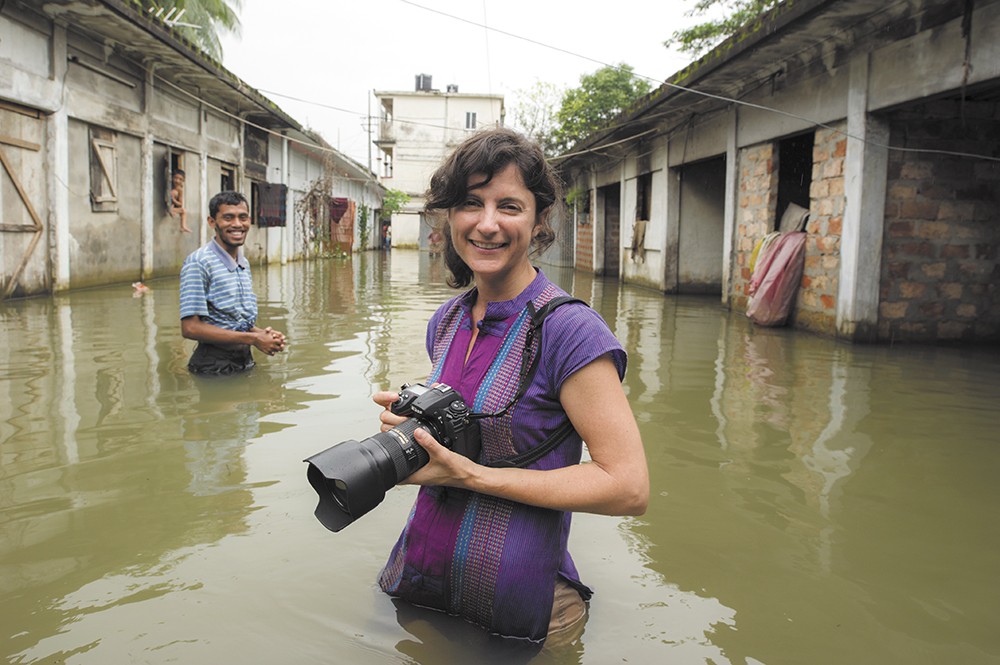 Ami Vitale is coming to the INB on Oct. 26 as part of National Geographic Live!

This annual event during Domestic Violence Awareness Month celebrates the accomplishments of women leaders throughout the community and raises awareness of domestic abuse. All proceeds support the YWCA's services for domestic violence victims and their children.

Yale and Harvard grad Zakaria is the host of CNN's Fareed Zakaria Global Public Square, a contributing editor for The Atlantic, a columnist for the Washington Post and a New York Times bestselling author. He is a well-known foreign policy adviser, and he's won many awards for his journalism.

Whitworth's annual series brings a diverse range of speakers to Spokane, aiming to help the community engage in civil discourse and inspire action with regard to contemporary issues.

One of the featured speakers this year is Zachary Maxwell, a New York teen whose film Yuck! A 4th Grader's Short Documentary About School Lunch, has played at film festivals worldwide. Now he aims to challenge institutional norms with his filmmaking. His talk will focus on how young people can effect change in government.

This annual event aims to bring the TED philosophy of spreading "ideas worth sharing" to Spokane. It highlights leaders, thinkers, researchers and inventors and their accomplishments in the region and beyond.

Montana-based photojournalist Vitale has traveled to more than 90 countries, living in mud huts, visiting war zones and witnessing the many plights of humanity and wildlife. Her photos have appeared in galleries and museums around the world and in nearly every major international publication.

Vitale's talk, titled "Rhinos, Rickshaws & Revolutions: My Search for Truth," is about her global explorations, the connection between humanity and nature, and her belief in "living the story" as a photojournalist.

Marra is a New York Times-bestselling author and a lecturer at Stanford University. His most recent work, The Tsar of Love and Techno, which the event will focus on, is an acclaimed collection of intertwined short stories set in the former Soviet Union.

Spokane Is Reading is one of the longest-running community reading events in Washington. Organized by the Spokane County Library District, the Spokane Public Library and Auntie's Bookstore, the event is designed to celebrate authors and encourage reading in the region.

Skerry is one of the world's top underwater photographers and a leading voice for marine conservation. Over the past 30 years, he's spent more than 10,000 hours underwater, exploring for stories that highlight environmental problems that plague our oceans.

His talk, titled "Ocean Soul," focuses on his 2011 book of the same title — a retrospective of his photographs that explore the world's oceans, from the commercially hunted harp seals in the glacial waters of the North Atlantic to the damaged coral ecosystems of the central Pacific.

Born and raised in the Northwest, O'Neill is a professional ski mountaineer and North Face athlete. She has traveled to some of the most exotic mountain ranges on earth, and she was the first woman to climb two 8,000-meter peaks (Everest and Lhotse) in 24 hours.

Titled "Point of No Return," O'Neill's talk focuses on a 300-mile mountaineering expedition she led in 2014 to determine if the summit of Hkakabo Razi in Myanmar was Southeast Asia's highest point. The treacherous journey involved many dangers and extreme physical and emotional tolls.

A critically acclaimed English photojournalist and filmmaker, Hamilton James works to expose the "brillance of nature" in his work. He specializes in kingfishers and otters, but he has photographed and filmed wildlife around the world, with his work featured frequently in National Geographic and on the BBC.

Hamilton James' presentation, "I Bought A Rainforest" recounts his many journeys in the Amazon, including his discovery of an illegal coca plantation on the plot of land he purchased in Peru. The talk also covers his subsequent work in Yellowstone National Park and a peek into his latest project in Tanzania's Serengeti.