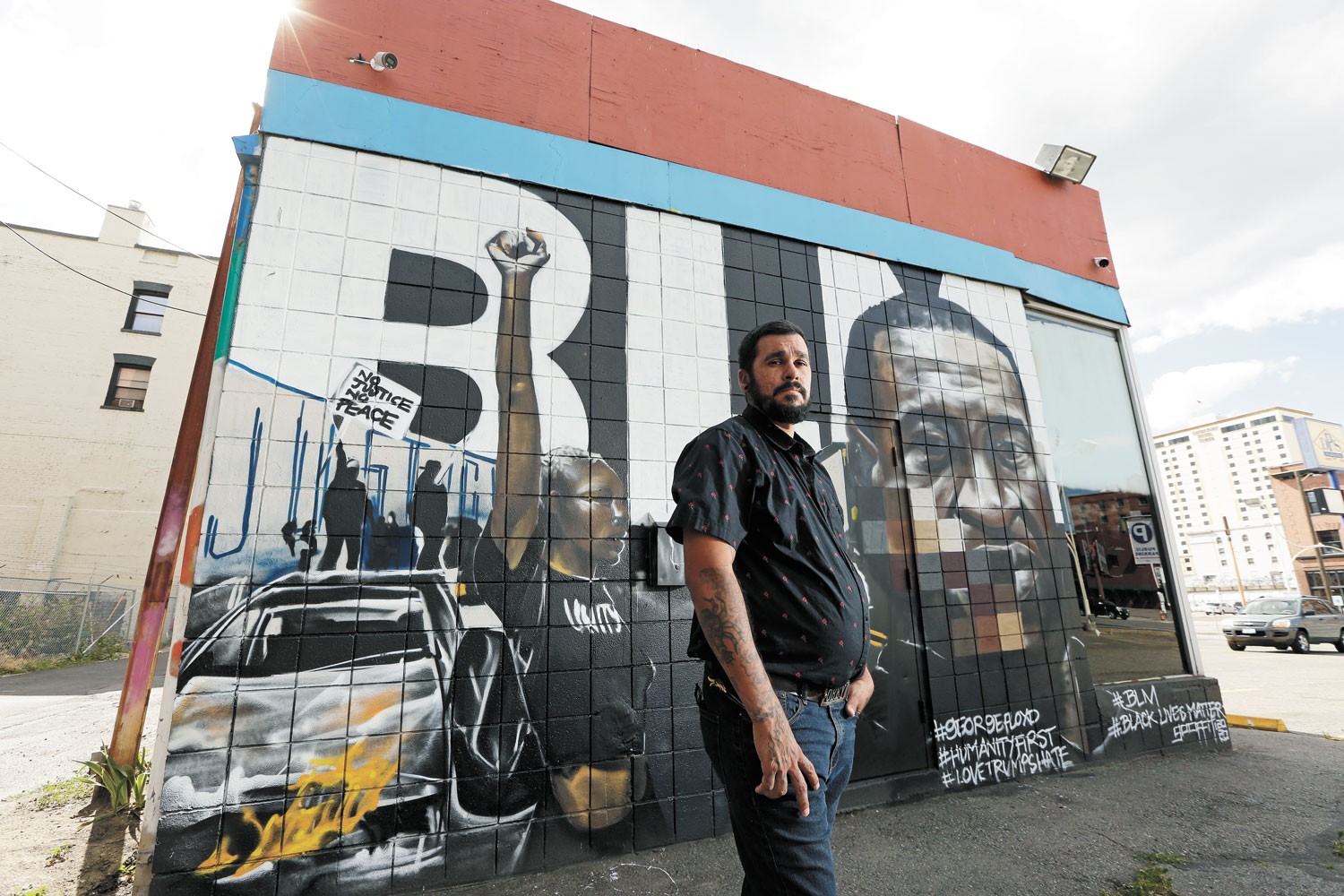 Late last month, a mural popped up on the back of Shacktown Community Cycle in downtown Spokane. Large in the foreground is a portrait of George Floyd. Behind him are protesters — one holding a sign reading "No justice, no peace" — and giant letters spelling "BLM." Daniel Lopez, a muralist whose work can be found scattered around town, created the art piece to honor Floyd and the people protesting his death.

A week later, the mural was vandalized with white paint splashed over the faces of Floyd and a Black protester behind him. Lopez acted quickly and restored the artwork by repainting the protester's face and a portion of Floyd's. The lower portion of Floyd's face is now covered with a pixelated grid.

From Spokane artist Daniel Lopez: "My inspiration for the mural was to show our Black community that we support them and we rock with them here in Spokane. We are a very loving, growing and accepting community.

"As my initial creation for the design: Once George Floyd was murdered, I was watching events unfold over the course of weeks. It was a rollercoaster of emotions. It was all moving so fast for me I wasn't sure how I felt from one moment to the other. About three weeks later, I was approached about painting that wall and I felt a 'loud' BLM was in order. An ongoing protest and memorial.

"The vandalism was heartbreaking and disappointing because not only did I feel for the shop owner who is a dear friend, but also for our Black community. It was discouraging for me. I almost felt like giving up street art in general and moving on, throwing in the towel. Focusing on paintings. But the next morning I dusted myself off and went and painted the existing pixels, bringing censorship and color into the mural which I feel was the missing puzzle piece that actually completed the mural."